Premier League 2019-20: 5 things to look forward to once the league resumes

After a three-month hiatus, the Premier League is scheduled to return from 17th June, and here five things to look forward to once the league resumes. 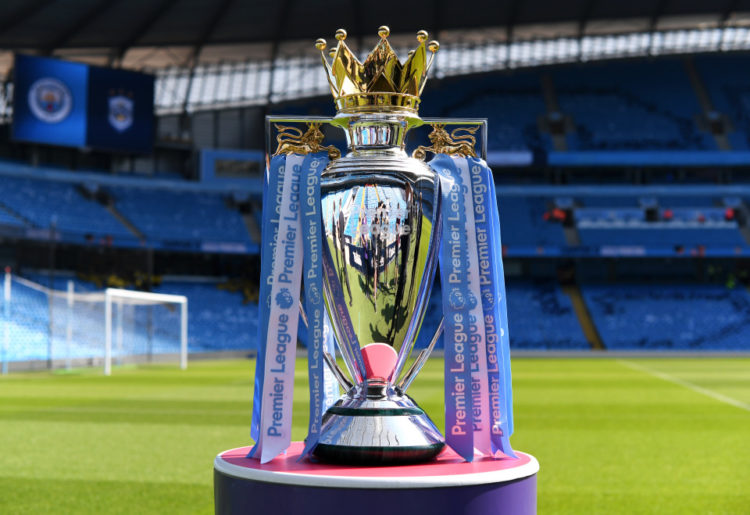 Premier League has been given the green-light to resume on June 17th. (Photo by Michael Regan/Getty Images)

As per several media reports on Thursday, various stakeholders of the Premier League held a meeting earlier in the day, wherein they unanimously voted for the return of the league.

England’s top-flight will return from 17th June, with Aston Villa hosting Sheffield United at their home for the first Premier League game in around three months.

There’s another mouth-watering clash in the waiting as Manchester City will welcome Arsenal at the Etihad, after which a whole new list of fixtures will be played from June 19.

The fixtures taking place on 17th June were originally postponed due to League Cup final, but they will be scheduled first, and later normal services will resume.

There are still 92 fixtures remaining to be played this season, and therefore, fans have plenty to ponder upon. With that said, here are five things to look forward to when the Premier League returns:

Jurgen Klopp’s men winning the league is a forgone conclusion now as they’ve established a 25-point lead at the top of the table, having played a game more than second-placed Manchester City.

Now, what remains to be seen is how many records the Reds shatter on their road to glory. They might particularly set their sights on breaking Manchester City’s record of winning the league by 100 points.

Last season, the Reds racked up 97 points, only to lose the title by on the last day by a solitary point. Can they go better than last season’s tally? This should be an exciting one.

#4 Who will join Liverpool and Manchester City in the top four?

As far as the places for next season’s Champions League are concerned, Liverpool have confirmed their berth, with Manchester City also on the brink of qualifying. Leicester City are currently in the third position and look well poised to play in the premium European competition next term.

Frank Lampard young Chelsea team are fourth, closely followed by Manchester United, Wolves, Sheffield United, Tottenham and Arsenal. With the so-called big teams having shown signs of inconsistency so far, the fourth spot is still up for grabs.

#3 Who wins the race to avoid relegation?

At the time of writing, only eight points separate the bottom six sides, with rock-bottom Norwich City on 21 points, and 15th-placed Brighton having 29 points in their kitty.

The Canaries earned promotion back to the Premier League ahead of this season but their return to top-flight hasn’t been memorable at all.

They remain rooted to the foot the table along with Aston Villa, but it remains to be seen which three teams ultimately fall down to the Championship with Bournemouth, Watford and West Ham all tied on 27 points after 29 matches played.

#2 Can anyone challenge Jamie Vardy for the Golden Boot?

Despite the fact that Leicester City’s star forward Jamie Vardy turned 33 earlier this year, he’s showing no sign of slowing down. The Englishman has been a big factor in the Foxes’ spectacular campaign as he alone has contributed 19 goals to the cause.

That tally has seen the Sheffield-born player storm ahead in the race for the Golden Boot, with fellow forwards Sergio Aguero, Mohamed Salah and Pierre-Emerick Aubameyang following him closely.

Vardy is among the early favourites to scoop the Premier League’s Golden Boot but that being said, the English top-flight can cook up various surprises.

Owing to the coronavirus crisis, football clubs’ finances were pushed to the brink, prompting an early return of leagues where there is no space for fans inside the stadia.

In order to keep crowds from accumulating outside stadiums, as many as six Premier League matches will be played at neutral venues as per several reports, including the Merseyside derby and the match between Liverpool and Manchester City.

Several other matches could be shifted to neutral venues, and while football is incomplete without the fans, the prospect of having televised Premier League matches seven days a week could go some way towards pumping the economy before things return to normalcy.