Five things to expect from the upcoming round of Premier League fixtures. 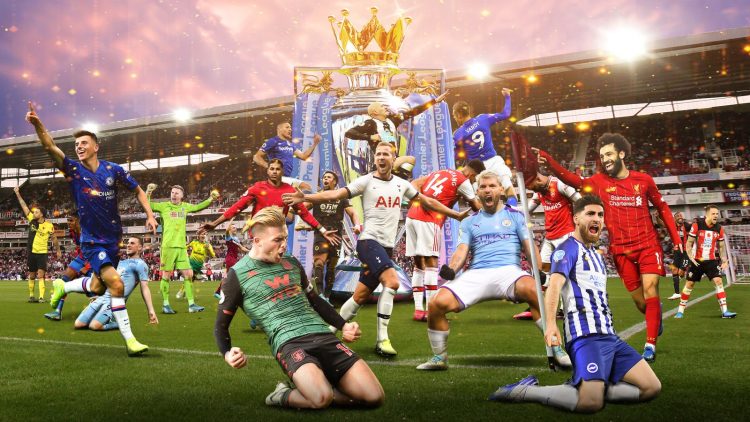 What to expect in gameweek 02 of the 2020-21 Premier League season?(Image Credits: Twitter)

Liverpool and Leeds United dazzled in the first weekend of the season and Everton flexed their newfound muscle in midfield as they completely dominated Tottenham Hotspur at Goodison Park.

Arsenal smashed newly-promoted Liverpool and provided the hope of a better season than last, when they finished eighth in the Premier League.

The Premier League gravy train moves into its second game week with Manchester United and Manchester City getting back into league action for the first time following a longer break due to their European commitments last month.

Liverpool’s visit to Chelsea will be the game of the week. The Reds were off to tricky start to their title defence with a narrow 4-3 win over Leeds at Anfield and it will also be an early test of Chelsea’s progress following a summer of heavy spending.

But there is much more to look forward to in the next three days other than the big clash at Stamford Bridge.

#1 Leed won hearts at Anfield but now can they win?

Marcelo Bielsa’s side gave Liverpool a game and some more when they faced the Premier League champions last weekend at Anfield.

They were minutes away from getting a point before their new signing Rodrigo gave away a penalty and Mohamed Salah sealed three points for Liverpool.

The performance was enough to suggest that Leeds have not arrived in the Premier League to just make up the numbers but will attack the top tier unlike any other promoted team.

A home game against Fulham on Saturday is a good opportunity for Leeds to post their first Premier League points on the board. Back in June, Leeds wiped the floor with Fulham at Elland Road. They dazzled as they beat Scott Parker’s side 3-0 at home.

Fulham’s performance against Arsenal on the opening day suggested that they are going to struggle in the Premier League this season.

A Leeds win on Saturday will add more meat to the suggestion that the Whites will do more than just survive in the top tier this season.

It is now up to Bielsa and his players to live up to the hopes they generated in defeat at Anfield.

The Dutchman is unlikely to be the difference between Manchester United challenging for the title and just looking to finish in the top four.

They need more players before the window slams shut on 5th October but Van de Beek is still a smart acquisition for the Red Devils.

Bruno Fernandes transformed Manchester United’s campaign after he joined the club in January but towards the end of the season, he was running on fumes. Ole Gunnar Solskjaer had no one on the bench who could do an adequate job in the Portuguese’s absence.

Van de Beek’s arrival gives the Manchester United manager more options and with Fernandes only returning to training recently, the Dutchman could even start against Crystal Palace at Old Trafford on Saturday.

The 23-year-old has the ability to play in multiple positions in the middle of the park and that will give Manchester United the flexibility to try multiple combinations. We could even see a midfield three of Paul Pogba, Van de Beek and Fernandes against a team such as Palace.

With France, Pogba has shown that he has the ability and the positional discipline to play a deeper role in the middle of the park. If Manchester United can find a way to field all three at the same time, they will be in business.

#3 An early opportunity for Nathan Ake to impress at Manchester City?

Nathan Ake was signed as a back-up to Aymeric Laporte and the club were expecting to bring in one more top centre-back before the start of the new season. But that hasn’t happened and Pep Guardiola has a defensive headache before the first game.

Laporte’s pre-season has been disrupted due to a positive Covid-19 test, John Stones is short of match practice after not playing for England in the UEFA Nations League games and Nicolas Otamendi is rusty after being left on the bench for four of Manchester City’s final six games of last season.

That brings Ake into sharp focus and the Dutchman could make his debut in the starting eleven when Manchester City travel to Wolves on Monday night.

Their defensive failings contributed to Manchester City’s timid title defence last season and that’s why Guardiola is hell-bent on having at least one more expensive centre-back in his squad.

With the club expected to sign at least one more defender, Ake is likely to get an early opportunity to prove himself to the Manchester City boss about his suitability to play week-in-week-out in the back four.

And an away game against Wolves could be the ideal setting where Ake stakes his claim for a regular berth in the Guardiola’s team.

Gareth Bale and Sergio Reguilon’s arrival will help Tottenham but there are major areas of concerns in their squad that need to be addressed before next month’s transfer deadline.

A back-up to Harry Kane has remained as elusive as El Dorado, Tottenham need ball-playing defender with pace but who doesn’t? But their real area of concern remains midfield.

Against Everton last weekend the Spurs midfield was overpowered and outmanoeuvred by Abdoulaye Doucoure, Allan and James Rodriguez.

Dele Alli was hooked off at half-time and while Harry Winks and Pierre-Emile Hojbjerg are solid players, they are not the players who will dominate anyone in the Premier League.

A fit Giovani Lo Celso will help but Jose Mourinho will not play two attacking midfielders in the starting eleven.

Harry Kane, Heung-Min Son and Gareth Bale look a brilliant front three on paper but their midfield muddle and the lack of pace in their defence mean, it is hard to see Tottenham doing anything other than waiting to counter while hoping not to concede.

#5 An early test for Chelsea’s defence and title credentials

Chelsea have spent north of £200m to sign five players in the transfer window and are still expected to bring in a goalkeeper in Edouard Mendy in the coming days.

Frank Lampard has majorly upgraded his attacking options with the arrival of Hakim Ziyech, Timo Werner and Kai Havertz but it was their defence that was the problem last season, conceding the most number of goals amongst the teams who finished in the top ten.

Thiago Silva has been added to bring more experience to their backline and Ben Chilwell is a major upgrade on Marcos Alonso.

There are question marks over whether Silva has the legs for the Premier League and Chilwell is still nursing an injury. Kepa Arrizabalaga is still Chelsea’s number one and conceded another soft goal at Brighton on Monday.

With their defence still under the scanner, they will face the stiffest possible challenge when Chelsea hosts Liverpool this weekend. Liverpool’s defence looked shaky against Leeds but their forward line looked on song again as they won 4-3 at Anfield.

Chelsea’s defence holds the answer to whether they can challenge for the league this season. Facing the likes of Mohamed Salah, Sadio Mane and Roberto Firmino will be a good early taste of any title talk at Stamford Bridge.