As The Premier League gathers pace, let us take a look at the early surprising contenders for the Golden Boot this season. 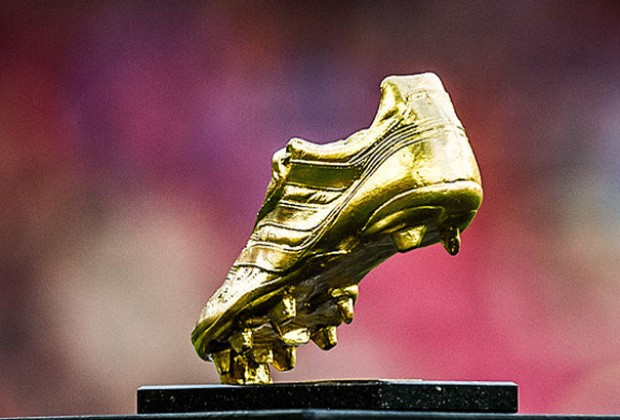 The race for the Premier League Golden Boot is on!(Image Credits: Twitter)

The Premier League season is gradually starting to take shape with most teams having already gathered ideas about their strengths and weaknesses. As many as 78 of the 380 overall matches have been played so far, with an impressive 245 goals being scored.

The new season is witnessing the emergence of some untested gems. Players from the three promoted teams have been doing enough to catch the attention of both the fans and experts, while the seasoned performers have also managed to continue from where they had left last season.

With the season continuing until May next year, a lot can change. But which three players are the surprising picks to win the Premier League Golden Boot at the end of the season.

The 6 feet 2-inch striker has been a strong aerial presence on the pitch for Carlo Ancelotti’s team and has already scored eight in as many Premier League appearances this season.

The Italian manager has compared him with AC Milan great Filippo Inzaghi because of the Englishman’s ability to score with just one touch.

Ancelotti has preferred playing a three-man attack, with Dominic Calvert-Lewin serving as a target man, thus getting more opportunities to score.

The 23-year-old, who has been in fine form in front of goal since Ancelotti took charge of Everton in December last year, also has three League Cup goals to his name this season.

If Calvert-Lewin can stay injury-free, he is expected to be in the running for the Premier League Golden Boot towards the end of the season.

Newcastle United boss Steve Bruce did some smart business when he roped in Callum Wilson from relegated Premier League side Bournemouth in the summer.

Magpies legend Alan Shearer in an interview with the BBC said that Newcastle have got the aspect of scoring covered by signing the 28-year-old.

“The signings that Steve Bruce has made so far are definitely encouraging – we desperately needed a goalscorer but buying Callum Wilson has covered that off. He is a player I think highly of and he is capable of scoring the goals to keep us out of another relegation battle.

“Callum is 28 and a proven Premier League goalscorer – he was valued at around £30-40m a few years ago but Newcastle have got him for £20m, which is a steal. If he hits form he might just get back in the England squad too – I hope so anyway.”

Wilson has been a constant threat in front of goal for Newcastle since his arrival and has six Premier League goals to his name already – two less than the four leading the charts.

All the possible signs suggest that Wilson, who was successful in Bournemouth colours in the past campaigns, will be in the Premier League Golden Boot race as the season progresses.

Patrick Bamford’s goalscoring form has been under constant media attention, even when he was plying his trade in the Championship.

However, he has been a revelation in the Premier League this season, scoring six in six before adding one more against Crystal Palace in Leeds United’s last match before the international break.

He has been a constant threat upfront and has not felt shaky even while playing against teams such as Liverpool and Manchester City.

It has often been said that Bamford is terribly wasteful in front of goal. In his previous 27 Premier League appearances before this season, the striker managed to find the back of the net just once.

Special mention: Aston Villa’s Ollie Watkins deserves a special mention. Since signing from Brentford in the summer, Watkins has been sensational for the Villains, scoring six times, including strikes against Liverpool and Arsenal.