Let's take a look at our Premier League Team of the Week for gameweek 34. 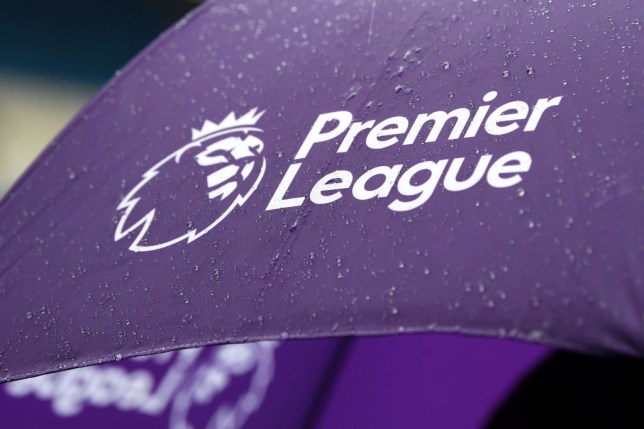 The race for the final two Champions League spots will go down to the wire.(Image Credits: Twitter)

As gameweek 34 came to an end in the Premier League, the race for the remaining two Champions League spots is really heating up, with Chelsea, Leicester City and Manchester United fighting hard to finish in the top four.

While champions Liverpool are marching towards breaking Manchester City’s 100-point record, things are looking gloomy for Norwich City at the other end of the table.

Without further ado, let’s take a look at our Premier League Team of the Week for gameweek 34. The formation usedis 4-3-3.

Nick Pope, who has been one of the top goalkeepers in the Premier League this season, is a genuine contender to start for England at the Euro next summer. The Burnley shot-stopper has been consistent throughout the campaign and was once again in fine form against relegation-threatened West Ham. Pope kept a clean sheet and made the highest number of saves (4) in the game as Burnley edged out the Hammers 1-0.

Aaron Wan-Bissaka, who joined Manchester United from Crystal Palace last summer, has always been defensively solid. The Englishman is now nurturing his offensive skills to become a more complete player. Against an average Aston Villa side, he maintained his focus at the back and helped keep a clean sheet, while also managing the third-highest number of tackles in the game (1) as the Red Devils won 3-0.

John Egan, who scored a late equaliser against Burnley last weekend to earn his team a point, went a step further this week as he netted an injury-time winner against a formidable Wolverhampton Wanderers team. The Republic of Ireland international also helped keep a clean sheet and managed the third-highest number of interceptions in the game (2), with Sheffield United winning the contest by a 1-0 scoreline.

Craig Dawson all but ended Norwich City’s hopes of staying in the Premier League next season as the Watford defender was effective at both ends of the pitch in the Hornets’ 2-1 triumph over the Canaries. Dawson, who scored the equalising goal for Watford, was immense at the back, with the centre-back managing the highest number of blocks (3) and the second-highest number of tackles (2) with a 100% accuracy in the game.

Charlie Taylor is a vital part of Burnley’s stubborn defence. The former Leeds United full-back, whose season has been hampered by injuries, helped keep a clean sheet, managed the highest number of blocks (2) and provided the assist for the only goal of the game against the Hammers.

It was about time the mercurial Frenchman put in a match-winning performance for Manchester United, who are oozing confidence at the moment. Paul Pogba played in a defensive role from where his passing and diagonal balls wreaked havoc for Aston Villa’s defence. The former Juventus star, who has struggled with injuries this season, scored his first Premier League goal of the season against the Villains. Pogba also played the highest number of passes (70)  and made the highest number of recoveries (8) in the game, which the Red Devils won 3-0.

David Silva totally destroyed a Newcastle United side, who were set up defensively. The 34-year-old, who will leave Manchester City at the end of the season, scored from a brilliant free-kick and provided two assists as the outgoing champions thrashed the Magpies 5-0.

Manchester United have looked a completely different side ever since Bruno Fernandes joined the club from Sporting Lisbon in late-January. The Portuguese ace was once again on song as he won and converted a penalty to break the deadlock before providing the assist for Paul Pogba’s first Premier League goal of the season as the Red Devils beat Aston Villa 3-0. Bruno has now scored seven goals and set up six more in just 10 Premier League outings.

Mohamed Salah was on fire as he decimated Brighton and Hove Albion in the first 15 minutes of the game with a goal and an assist before scoring another in the final minutes of the match as Liverpool won 3-1. The Egyptian has scored 19 times in the league this season and is just three goals behind Leicester City’s Jamie Vardy in the Golden Boot race.

Willian, who has been heavily linked with leaving Chelsea at the end of the season, was at his very best in the 3-2 win over Crystal Palace. The versatile winger provided two assists as the Blues remain well on course for Champions League football next season.

Mason Greenwood has simply been in superb form of late, with the Manchester United academy graduate netting his ninth Premier League goal of the season in the Red Devils’ 3-0 win over Aston Villa. The versatile youngster, who has now scored four times in his last three Premier League appearances, beat Villa goalkeeper Pepe Reina with a sumptuous strike.

Here’s how our Premier League Team of the Week for gameweek 34 would line up: