Manchester United and Liverpool along with the big six clubs have proposed sweeping changes to the Premier League that would likely kill the vibrant nature of English football. 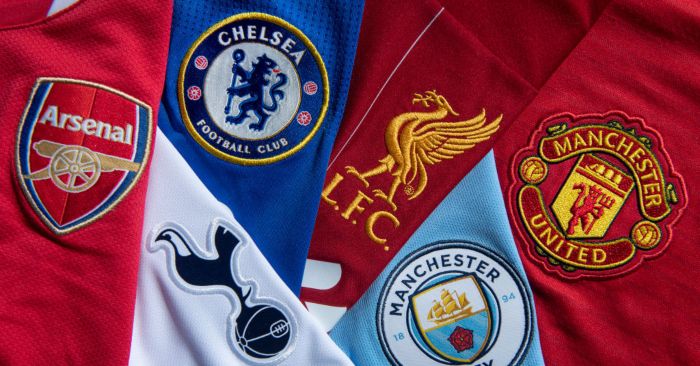 The likes of Manchester United and Liverpool are in favour of Project Big Picture. (Image Credits: Twitter)

Rick Parry helped reshape the fabric of English football once when he became the first chief executive of the Premier League almost three decades back and now he is at it again but this time he is likely to tear apart the fabric if he succeeds.

His alliance with Manchester United and Liverpool and the other members of the so-called ‘Big Six’ is the most flagrant, blatant and ruinous attempt of power grab that will most probably end the competitive ethos of the Premier League.

30 years ago, Rick Parry put the power of English football in the hands of 20 clubs and now he is open to the idea of handing all the power, the money and the decision making to the hand of six clubs – Manchester United, Liverpool, Manchester City, Tottenham Hotspur, Chelsea and Arsenal.

The cabal of six will wield the levers of power while everyone has to follow suit and it is likely to spell the end of a competition that is loved across the world.

This is about six clubs controlling the wealth and seizing power right down to deciding who gets into the Premier League. This is about closed-shop protectionism that will eventually end the vibrant nature of the English top flight.

And it is the kind of rotten idea that can only come from elite clubs such as Manchester United and Liverpool who want to end the uncertainty of a vibrant competition in favour of fixing their status as the masters at the top.

Project Big Picture is a wolf in sheep’s clothing

Manchester United and Liverpool’s grandiose idea gives away £250m to the EFL as an aid package to save some of the clubs from financial ruin, promise 25 per cent of the TV revenue to the EFL and £100m to the FA for investment in the grassroots.

But these proposals are all a front to hide the real agenda – a power grab of the Premier League by the elites.

It is far from saving our game and all it would do is just take away most things we love about the Premier League. Take away what makes football fun.

Reduce its unpredictability, reduce the chances of another Leicester City winning the Premier League, reduce the hopes of change in ownership at Newcastle United, reduce chances of promotion. Just reduce everything we love about English football.

Rick Parry supports the idea as he has no idea how to deal with the financial reality of the EFL at the moment and is prepared to cling on to any lifeboat that the big clubs throw at him.

If it means reducing the Premier League to 18 teams, do away with the Community Shield and the EFL Cup and end the ambition of any club in the Championship, so be it.

A cursory look at the proposed plan will make it clear what the big six clubs are trying to do with Project Big Picture.

The nine longest-serving Premier League clubs – the big six plus Everton, Southampton and West Ham – will wield the power. Their votes will count for more than the rest and will be awarded ‘long-term shareholder status’.

They would wield unprecedented power like deciding the chief executive, amend the rules and regulations. They would also have the power to veto a new owner at other Premier League clubs.

Everton, Southampton and West Ham might feel flattered at their inclusion in the elite group but we hope they know basic arithmetic. Any vetoes and changes would require a two-thirds majority and what is two-third of nine? THE BIG SIX.

The voices of the other three clubs will matter little if the big six reach an agreement amongst themselves and with self-serving owners at the help, they agree on most ludicrous decisions.

Take the wealth distribution plan of the Big Picture Project and cynicism of the big clubs are in full display. 50 percent of the money would be divided on merit, rather than equally. But the idea of merit for the big clubs is different.

Some of the cut would be divided on the performance of the last three years so if Manchester United and Liverpool have a bad season, it wouldn’t matter as much because other more successful years would be taken into account.

At the moment central income ratio is capped at 1.7 to 1 between big and small; this might see it reach 4:1. And what’s fairer than a league in which the wealthiest get four times as much basic income as their rivals lower down the table?

It is the same with television revenue as clubs would be permitted to sell eight games on their own platforms. It would greatly affect broadcaster revenues and the veneer of exclusivity would go.

The only way to recoup the lost income would be to successfully sell as many PPV packages. And who is likelier to benefit from it? Manchester United and Liverpool or West Brom and Brighton?

In this scenario as well, the elite clubs lose next to nothing and the smaller clubs get squeezed. The only time they will be treated equally is when they would be handing out aid to the EFL and the FA.

While paying £250million to the EFL and £100m to the FA as aid, the clubs are equal. However, when it comes to voting, sharing television revenue, creaming off the profits of PPV, they are not.

The aid, the talk of improving grassroots football, improving infrastructure are all wolves in sheep’s clothing. Everything about the proposed new plans only benefits the elite and further increase the gap between the haves and have-nots of English football.

The small clubs would lose two games’ revenue in an 18-team Premier League and plus the odd bonus of a big EFL Cup tie,

The elite? Close to nothing. The gap in revenue would be made up by expanded European competitions and the revamped Club World Cup.

Project Big Picture also wants to usher in UEFA’s FFP guidelines into the Premier League and why wouldn’t they? UEFA’s guidelines are stricter and more unyielding.

If Manchester United and Liverpool can bring in UEFA’s FFP — attached to revenue streams only available to the biggest and richest clubs — then that truly would be the end for clubs such as Leicester or Wolves challenging the status quo.

And that is what terrifies them.

They do not care about EFL clubs going bust due to the financial pressure of the pandemic. Aston Villa 7 Liverpool 2. Manchester United 1 Tottenham 6. These are the real nightmares of the big clubs and that they won’t be competitive enough to sustain their status at the top of the English football tree.

They have taken lessons from the downfall of AC Milan in Italy and are desperate to avoid such a scenario in England and therefore, the big clubs want to control everything – the money, the power and who gets in.

The positive is the Premier League has already opposed the idea despite Parry supporting it. They know what Manchester United and Liverpool are trying to achieve through their act of benevolence towards the EFL.

Project Big Picture is a disgrace. In the name of saving the English football pyramid, if the plans are accepted, it would likely to destroy the vibrant nature of the game in England.