Rangers have been in an amazing run of form so far, but can they make it six wins out of seven when they take on Dundee United this Saturday? 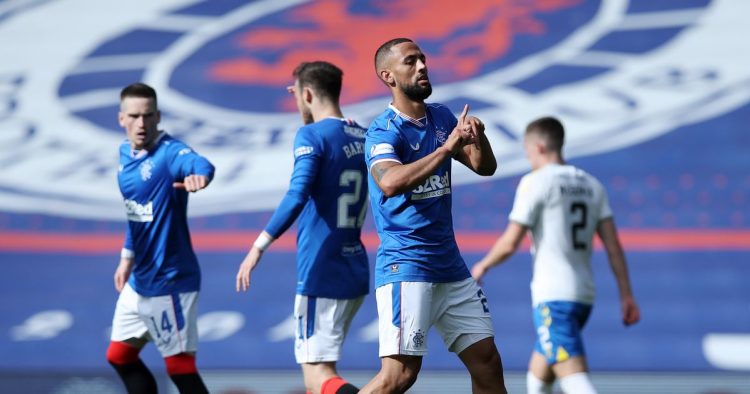 The Scottish Premiership will return this weekend, following the international break and in what can well be called a rare occasion, all 12 teams will be in action on the same day and at the same time.

Given that the two Glasgow giants will be in Europa League action next midweek, together with Motherwell, the additional day off on Sunday will be a bonus for the three clubs concerned.

Defending champions Celtic will be away from home against Ross County, while rivals Rangers will entertain newcomers Dundee United at Ibrox.

After a positive start to their campaign, the Terrors have lost their track, losing three of their last four matches and will head to Ibrox low on confidence.

The Gers, on the other hand, will look to make it six wins out of seven in order to maintain the gap between themselves and Celtic.

Rangers managed to beat Hamilton Accies 2-0 in their last match away from home on 29th August. Ianis Hagi opened the scoring in the 15th minute, with skipper James Tavernier scoring the second five minutes later.

In spite of dominating possession, the Gers failed to add a third goal, with manager Steven Gerrard ruing his side’s lack of ruthlessness which he felt might come back to bite them.

On the other hand, it was a day to forget for Dundee United as they were humbled 4-0 away from home by Kilmarnock on the same day.  Nicke Kabamba scored a brace, while Eamonn Brophy netted once. The final nail in Dundee United’s coffin was put by Rory McKenzie in the 86th minute.

The two sides last met each other back in 2014 in the Scottish Cup semi-finals when the Terrors knocked out Ally McCoist’s Rangers after a 3-1 victory.

The last league meeting between the two sides took place back in 2012, with the Gers winning 5-0 winners just prior to their demotion.

Steven Gerrard failed to mention the name of Joe Aribo while providing an update on the list of injured players for the match on Saturday. The 24-year-old has missed his side’s last three matches with an ankle injury but given his importance to the starting line-up, the manager will wait until the very last moment to decide on his availability.

Much to the delight of the Dundee United fans, manager Micky Mellon confirmed that striker Lawrence Shankland is fit to face Rangers this weekend.

However, there is reason for worry in defence as Mark Connolly has been ruled out for at least a month with an ankle injury. Winger Paul McMullan also remains sidelined.

Rangers vs Dundee United: Where to watch

The match won’t be live on Sky Sports. The Rangers fans can watch the match live though on Rangers TV with the help of their unique code.

Steven Gerrard has a number of options to choose from this season, having brought in as many as seven players to strengthen his squad. So, even if an opponent makes life difficult for the Gers, the Liverpool legend has a strong bench at his disposal to do the job for him.

Therefore, for the newcomers, it is going to be difficult to take something away from Ibrox on Saturday. Dundee United have been in disappointing form and it will only take an inspirational performance from one of their star players to make life tough for the hosts.

Also Read: Premier League 2020-21: 3 rivalries which will be reignited