Why Patrese makes a strong case for a career that's remembered despite more misses than hits? 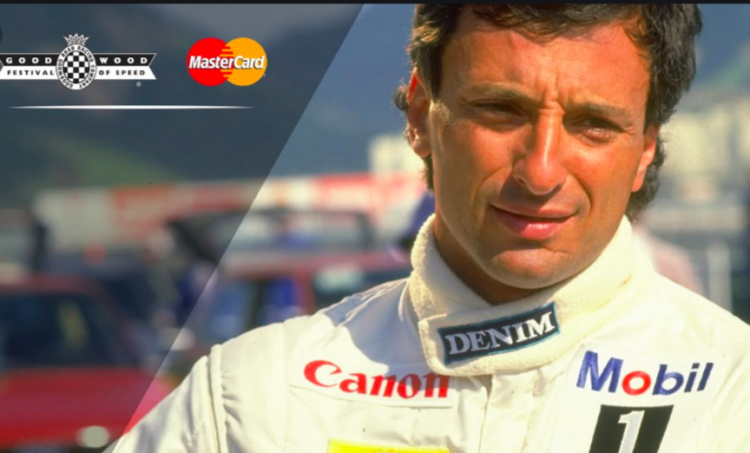 In a sport revered for great speed and admired for thrills, how important is longevity? Amid the massive entertainment Formula 1 offers given sudden crashes, nail-biting wins, late maneuvers, and fast-paced laps, could it be that we’ve undervalued longevity?

In that regard, it becomes important to ask what place does F1 hold for those who may not boast of an ultimate record comprising race wins and podiums gathered but have done well in forging long careers?

While we don’t seem to have a fixed answer for that, we do have a template that beckons some reflection and pondering.

257 race starts, several more than Massa’s, Vettel’s, Webber’s, spells a widely experienced career. But not winning a single world title takes a lot away from years of relentless effort. So, when you examine someone like a Riccardo Patrese, you are left gasping about the possibilities.

Whether he could have done a lot more had he had luck on his side and probably, stronger machines? You are left to deal with the perplexing realm of the ‘what-might-have’? For truth be told, it’s easier to pass judgment when Schumacher confronts you.

91 race wins. Need one say anything more? It’s easier to identify legends. Hamilton already has 6 world titles and counting. The greats before him, Niki Lauda, Sir Jackie Stewart, have won distinguishably and been celebrated.

In that regard, Ricardo Patrese is a model career that poses an unanswered question. Whether we hold much for careers that might be devoid of the sensational moments but never lacked the zeal?

Clearly, Ricardo Patrese was far from being the worst. Nothing could be more impolite than that baseless notion. Yet, he didn’t make the best of the chances he was afforded.

Frankly, in a sport where those in the front row are hailed and not an awful lot is reserved for the back-markers, but obviously, Riccardo Patrese’ record seems to put up a strong case for giving greater attention to the midfielders than it is given generally.

The midfielders, as it is, have an onerous job.

Midfielders in F1 occupy a precarious, ever ‘sensitive’ spot that follows the best in the grid. But any moment, thanks to unreliability of the engine or lackadaisical performances, and they could be staring the rear-end.

In that aspect, it is not difficult to understand why Riccardo Patrese so often missed the plaudits. For the better part of his journey, he competed with unreliable and undependable machinery. Nelson Piquet proved less of a teammate and more of an adversary who extracted most from the Brabham-Ford machines than Patrese managed.

But is respect awarded to Riccardo Patrese when he eventually did as best as he possibly could, though his youthful years behind him in the period post stints with Arrow and Brabham?

Yet, at all these times, what one must admire is how Riccardo Patrese prepared himself to make the most of what he could at an age where most talents either achieve some of what they set out to or at best, a lot of what was aimed.

At 33, where many would consider themselves a spent force, preparing to exit, Riccardo Patrese found a second wind of sorts. He finally came to drive for the team that rewarded him for his patience and lost chances, the Williams stint acted like a soothing balm offering comfort and reliability to his F1 career.

An occasion where the sport finally seemed to love back someone who loved it so much to have endured what can only be called a miserable run.

But before all the fine achievements he gathered with Williams, the Italian driver, famously remarked as one of the best ever from the homeland of Ferrari endured a run fraught with upsets and lost chances.

Wondering how is that?

For someone who debuted in the top annals of the sport at 23, it took him 5 long years to secure a maiden win. That’s an onerous period of wait. By that time, the critics can crush you with appalling adjectives. Team can lose faith in you. Things change drastically in half a decade of time.

We remember the dazzling good looker and the smiling vignette of wearing the famous Monaco garland and pop opening the champagne amid a rusty, rain-marred battle in the principality, where perhaps it took Prost to spin out and retire for Riccardo Patrese to drive home to his then- finest moment for Brabham-Ford in 1982.

When it seemed everything was over

But what we don’t remember is that Riccardo Patrese was just a year old in the sport when he confronted a bloodied controversy that threatened to end it all for him.

He was just 24, when immediately after making a great headstart at the Italian Grand Prix of 1978, his Arrows-Cosworth hit the Lotus 79 of Ronnie Peterson’s Lotus 78 at Monza. A completely unintended move, the collision eventually led to the ‘Super Swede’ Ronnie Peterson losing his life, the world casting quick judgement on the young Italian, who had no option but to endure.

Although, exonerated later, imagine the pressure he might have felt back then? What was worse anyways was contending with mediocre returns in the sport. In 1982, up until his first win, he had only secured 4 podiums and had driven for 5 consecutive seasons.

Not that better days lay ahead.

When you are young, they say, the probabilities to conquer, everything around you, are simply endless.

Hope fades out as you begin to age. But quite like wine that betters with age Riccardo Patrese picked up eventually when the lucky break to drive with Williams came.

How many drivers, would you think, have managed to come second in a season, scoring 56 points in all, at 38? That’s Patrese for you in the season he emerged second-best: 1992. Though, by that time, the likes of Rosberg, Senna, Prost, had all picked up their world titles and become modern-age legends.

From the onset of 1988 to 1992, for 5 full years, he was paired with a car that responded more to his skill and repertoire, amplifying his talent, instead of making a wild run.

In fact, so consistent were Patrese’s hard-fought drives with the Williams that he’d pick 180 of his 281 career points with Sir Frank Williams’ novel creation. Famous wins at San Marino, Mexico, Japan, and even Portugal meant that he would deny the very powerful drivers- think Senna, think Prost- who’d have passed him with sedate ease had he been in lower-pedigreed machinery.

Even in 1988, his first full season driving a machine that could hold onto its own against the Ferraris and McLarens fetching no points, 1989 onward until his last drive for the team, 1992, would collectively yield 24 podiums.

On an average, there were no fewer than 5 podiums a year Riccardo Patrese managed from his consistent drives that eventually upped the ante of a career that until 1986, was going nowhere.

This was a relief and remarkably so for someone who had embraced tough times early in his career. Picture the 1983 season, where his teammate Nelson Piquet picked a driver’s title with Patrese, in the Brabham-BMW managing only 13 points, and a P9 in the driver’s standings.

Picture the very fact that right up to the 1982 season, he had already registered 45 race retirements, including 10 DNFs in the very year that got him a famous Monaco triumph.

Even when you see Riccardo Patrese’ final tally- 281 points, 256 starts you cannot identify a fleeting perplexity. It is only when you factor in 132 career race-retirements, that explains he technically scored 281 from just 124 Grands Prix. And it’s only then that you realize he was quite an enigma, having suffered far too many upsets to have held on for so long and to have scored that many.

On an average, he eventually scored 2.5 points per race. Mark of an unsung character or a talent dwarfed by tough luck and too much happening too late?