Rivalry set to be renewed as Eng, Aus square off for ODI series

While England would see return of Joe Root and Jason Roy, Australia will have Marnus Labuschagne back in the batting line-up 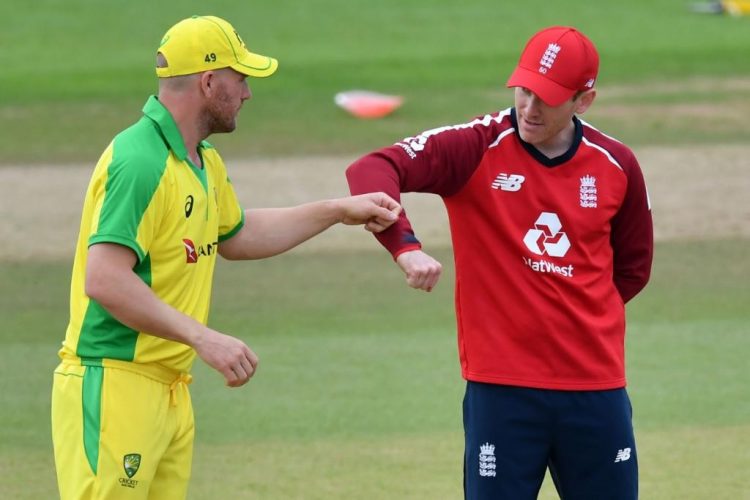 It’s a new series that will see the traditional rivals start with a clean slate. While Australia would dearly love to avoid taking the excess mental baggage and negativity from the T20I series loss into the ODI leg of their England tour, the hosts would look to put the victory in the shortest format behind them and bring fresh focus and zeal into the 50-over battle.

That being said, England, while looking not to dwell in the past, will certainly take the confidence from the 2-1 series win in the three-match T20I rubber into the ODIs, starting Friday. The Baggy Greens, which has been forced into introspection after failing to seize moments which could have turned the series their way, would take a measure of belief and momentum from the face-saving win in the inconsequential final tie into the Emirates Old Trafford.

So how should the two teams line up for the series? The Baggy Greens would largely pick from the same squad which was announced for the T20Is. However, some seniors who didn’t get a game or didn’t feature majorly in the lost series could come into the playing XI. With the England line-up set to feature quite a few southpaws in skipper Eoin Morgan, Dawid Malan and Moeen Ali, expect the Australian think-tank to bring back veteran off-spinner Nathan Lyon. With the surface at Old Trafford known to afford some amount of assistance to slower bowlers, the Aussies might well pair Lyon with leg-spinner Adam Zampa.

Also, with limited overs specialist Kane Richardson not featuring prominently in the wickets column in the T20Is, the management may also ask New South Wales quick Josh Hazlewood to share the new ball with Mitchell Starc and Patrick Cummins. Picked for the third T20I, Hazlewood returned impressive figures of 1/24 off 4 overs.

They might also consider playing fast-bowling all-rounder in Sean Abbott, who was picked in the squad on the weight of his performances for the Sydney Sixers in the Big Bash League. The highest wicket-taker for the Sixers with 99 scalps from 76 innings, he might push the likes of Glenn Maxwell, Marcus Stoinis and Mitchell Marsh for the all-rounder’s slots in the Aussie line-up.

There isn’t much change likely in the Aussie batting line-up, apart from the return of Test regular Marnus Labuschagne, who will most likely take the No.4 slot in the playing XI. The experienced Matthew Wade and Josh Phillippe will compete with Alex Carey for the keeper’s slot.

England, on the other hand, will see some of the T20 specialists making way for Test skipper Joe Root, explosive opener Jason Roy, who had been on the sidelines with an injury and all-rounder Chris Woakes. With Joss Buttler showing tremendous form in the first two T20Is of the recent series, the think-tank might well have him open with young Tom Banton, which would result in Jonny Bairstow sitting out.

With their talisman Ben Stokes continuing to remain unavailable due to an urgent ‘family matter’, the onus would be on Woakes to fulfill the all-rounder’s role. Welshman Phil Salt and Sam Curran are other seam-bowling all-rounders that the management may consider.

On the bowling front, England aren’t likely to spring any major surprises. Express pace twins Jofra Archer and Mark Wood would share the new ball, with Tom Curran most likely to come in as first change and Woakes to bowl in the middle overs. The order might change depending on the match situation and the nature of the surface.

Veteran Adil Rashid, who picked up a sackful of wickets in the T20I series win, would share the spin bowling duties with all-rounder Moeen Ali.

What’s for certain as the two teams renew their rivalry at Old Trafford is pulsating, knife-edge cricket with no guaranteed winner till the old nails give out.