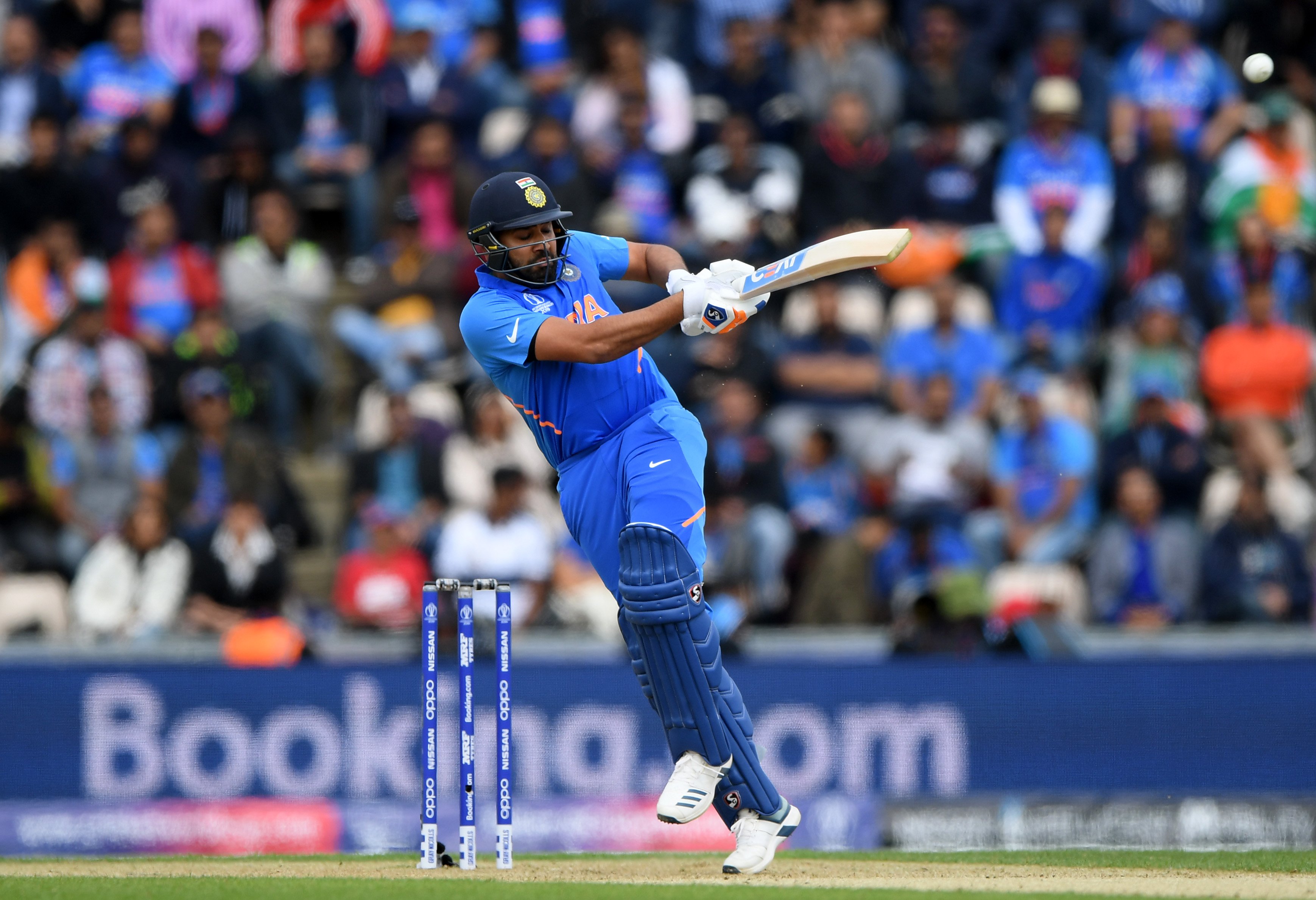 Indian cricket team’s opening batsman Rohit Sharma has come a long way forward in ODI cricket. The senior cricketer earned praise from skipper Virat Kohli, who likened him as the best ODI batsman in modern day cricket. To get these comments coming from a GOAT like Kohli, shows the level Rohit Sharma has reached. He is scripting one record after the other and his place in World Cup history makes him be present among the elite brand of cricketers ever.

“I have been watching it for years now. He’s the best One-day player around and we are so delighted to see him. When he plays like that, everybody is happy to see him strike this so well,” Kohli said regarding Rohit Sharma.

So much so, Rohit’s ability to pile on the runs keeps him going. In just his second World Cup, Rohit already has five tons in total. Only, Ricky Ponting and Kumar Sangakkara achieved this feat in their glittering careers. One more ton will see Rohit equal the record held by the greatest batsman Sachin Tendulkar (6). This is absolute madness from Rohit.

He has played a major role in helping India reach the semi-finals of the ongoing World Cup. On Saturday, India play their final league game against Sri Lanka and one might see ‘The Hitman’ going about his business in scoring big once again. Here we decode why Rohit has gained legendary status in World Cup history, besides looking at his record-breaking CWC 19 show.

Rohit’s tryst with records in CWC 19 a sublime affair 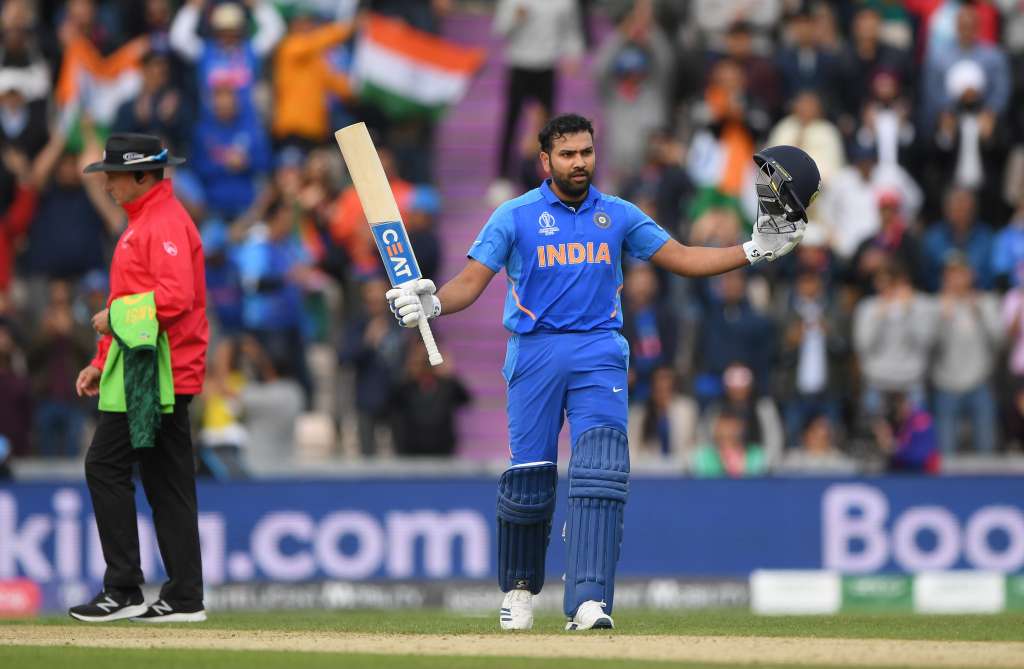 On Tuesday, Rohit smashed a 92-ball 104 against the Tigers. His innings included seven fours and five sixes. The stylish batsman is known for his maximums in cricket and he overcame MS Dhoni for the most sixes in ODIs for India (230). Rohit is now the fourth highest six-hitter in ODI cricket.

Rohit, who slammed his fourth ton in the ongoing World Cup, equaled legend Kumar Sangakkara’s record of the most centuries in a single edition (4). He will chase Tendulkar’s overall tally of most World Cup centuries next. And by the rate he is going, one can see him join Sachin.

The 32-year-old opener became the seventh Indian to score 800-plus runs in World Cup (874). He surpassed former Indian skipper Mohammad Azharuddin (826), Virender Sehwag (843) and Rahul Dravid (860) in terms of career World Cup runs for India. Rohit and KL Rahul (77) added 180 runs for the first wicket against Bangladesh and it is now the best opening stand in the 2019 World Cup.

Notably, this was also the highest opening partnership for India in the history of the World Cup.

Rohit Sharma has been in hot form in 2019

The Indian stalwart has registered five ODI centuries in 2019. This is now the most number of ODI tons by a batsman this year. The Mumbaikar has also set the pace after going past the 1,000-run mark in ODIs this year. This tally has seen him be the second-highest run-scorer (1,100) after Australia’s Aaron Finch.

Interestingly, Rohit Sharma also surpassed the 500-run mark in the ongoing tourney (544) and is the current leader in terms of most runs amassed by a batsman. The Indian vice-captain also became only the second Indian ever to score 500-plus runs in a World Cup edition. This is indeed a special moment for Rohit.

He can break Sachin’s record for most runs scored in an edition of a World Cup. It will be a delightful affair to have two Indians with this record. Rohit Sharma also joined Marcus Trescothick and Shikhar Dhawan in scoring three tons at a venue in England. He holds the record in Birmingham.

Rohit holds a place among the legends of the game 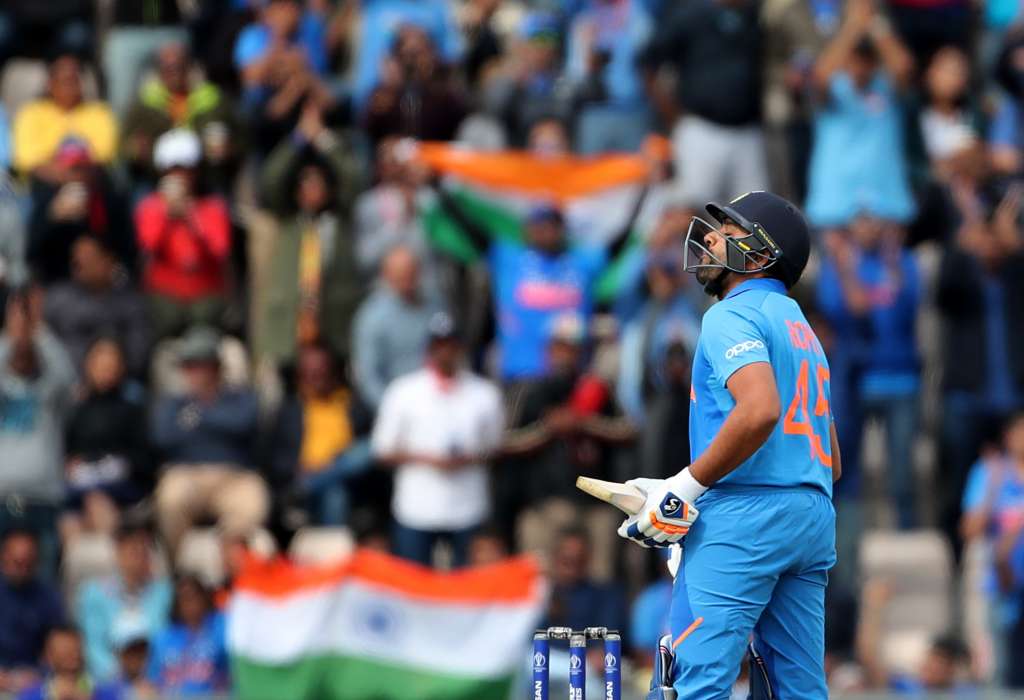 The manner in which Rohit has dominated the scene in this World Cup, he deserves a place among the best players to have graced ODI cricket. With 26 centuries under his belt, Rohit is the sixth-highest century-scorer in ODIs. He is also the third-best amongst Indians after Tendulkar and Kohli.

When we talk about legends of World Cups amongst batsmen, few players like Sachin, Ponting, Sangakkara, Sourav Ganguly, AB de Villiers and Brian Lara come to mind straightaway amongst a big pool of names. Rohit with all his progress and influence can be regarded as a great in World Cup cricket, besides ODIs as well.

In the last few years, Rohit’s ability to score hundreds in particular stands out. Only Kohli falls in the same category. When Rohit plays with so much freedom, his ability to hit the ball so well makes him special. It gives the others plenty of confidence as well to go and strike the ball from the word go. There is that element of trust in Rohit to come out and score in almost every game he plays. After all, his reputation and ability to smash records are unmatchable.

It will be a fascinating tale if Rohit Sharma helps India win World Cup 2019. In 2015, India bowed out in the semis. Rohit with all the form he is enjoying will want to take the mantle for the Men in Blue.