The West Indies pacers deservedly received effusive praise for their match-winning spells in the first Test against hosts England at Southampton, but not enough has been said about the seemingly lightweight English batting that crumbled to below par scores in both innings of the series opener.

Indeed, England, a formidable batting unit in limited overs cricket where titans such as Jason Roy and Eoin Morgan rule the roost, look decidedly mediocre in the longest format.

The comparison is more relevant with the anniversary of England’s epic World Cup win last year on these very shores.

There is no Roy and Morgan in the team, and with Test captain and arguably the best batsman of the team, regular red-ball skipper Joe Root taking a personal time out due to the birth of his second child in the first Test, there were hardly any match-winners with the willow in the English batting order at Southampton.

An objective look at the English batsmen reinforces this view.

Joe Denly, set to be axed with the return of Root, batted at No.3 in the defeat at Aegeas Bowl.

No. 3 is often considered the position occupied by the best batsman in the side, yet Denly’s numbers have been decidedly mediocre even before the Southampton failure. He averages below 30 in 15 Tests and has a highest score of 94.

Not the numbers you want of your first-down batsman. Denly can bat for long stretches but an inability to convert those hard-earned starts into big scores may result in his Test career drawing to an abrupt end as of now. At 34, he is clearly not getting younger.

Often touted as one of the best white-ball batsmen in world cricket, Jos Buttler has got ample chances in the Test arena and never made the most of them.

Even though England coach Chris Silverwood said on the eve of the match that Buttler will get more chances to resurrect his career in the longest format, the signs aren’t encouraging.

The wicket-keeper batsman was at his fluent best in the first innings of the previous encounter before he nicked one to the keeper off the impressive Jason Holder.

Buttler’s issue has been his failure to marry caution with aggression effectively in Tests.

He had made a 47-ball 35 in that innings and needed to dig in deep when he got out.

Consider this, Buttler has made 15 half-centuries in 42 Tests, but only one century.

That tells you that there is a huge problem with his conversion rate and that failure could be the difference between a victory and defeat in the five-day format. Patience, along with prudence will benefit Buttler well.

He will be under pressure because he was picked ahead of another keeper-batsman Jonny Bairstow for the first Test. Bairstow has a higher average and five more tons to his name than the destructive lower-order batsman.

He was also one of those World Cup heroes who formed a formidable opening duo with Roy.

However, it’s not just Buttler and Denly who seem to be underperforming for the hosts. Only relative new-comer Ollie Pope has a Test average of more than 40 among the top seven for England.

Rory Burns, Dom Sibley and Zak Crawley, who played a great knock in the second innings, all inexperienced, all averaging lower than 40, make up the bulk of the England batting unit.

Even Ben Stokes, one of the finest all-rounders of the modern game, averages around 36 in Tests. The lack of experience and temperamental lacunae was exploited brilliantly by Holder and Man-of-the-Match Shannon Gabriel in the opener.

Indeed, England encountered a mini-collapse in the second innings when all batsmen who got starts and could have taken the game away from the Caribbeans, perished.

This is why the return of Joe Root becomes so vital for England in their quest to resurrect their chances in the three-match Test series.

Averaging at around 48, Root is, without a shadow of a doubt, one of the best batsmen in the world right now and can build those gargantuan innings that can bat a team out of the match.

With 92 Tests under his belt already, the 29-year-old will bring oodles of experience to the table as well.

All eyes will be on Manchester as the second instalment of this thrilling series begins, on Thursday, Root will do all he can to negotiate the in-form West Indies pacers, will the others manage to rally around him? 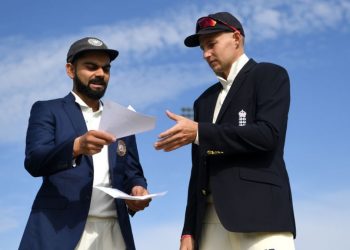 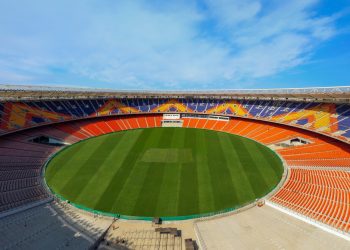