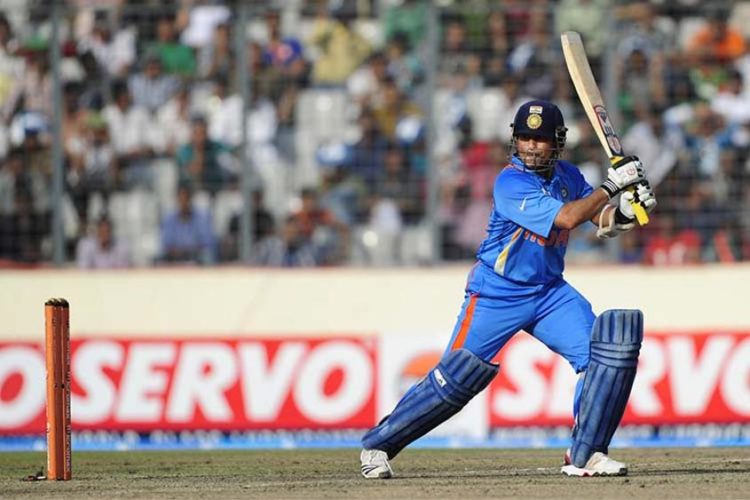 Master Blaster Sachin Tendulkar is celebrating his 47th birthday today. The greatest ever batsman to have graced the game, Sachin was one of his kind.

He was born to grace the field of cricket and mastered the sport like nobody else. A celebrated career saw Tendulkar amass a host of records alongside 100 international tons.

He managed to entertain fans across the globe and created everlasting memories ever since he made his debut against Pakistan as a teenager.

Tendulkar went on to enjoy a memorable journey in cricket and at the twilight of his career aged 37, he won the Sir Garfield Sobers Trophy, the most prestigious ICC award. He is only the second Indian after Rahul Dravid to win the accolade.

What separated him from the rest was his ability to score everywhere and produce innings of substance on a consistent basis.

He scored at will and his mileage made him a special character. Every budding cricketer wanted to be Sachin. Every young fan worshipped him and soon he became a religion.

The record-breaking batsman produced some breathtaking knocks throughout his career that was filled with entertainment and class. He stood out in the 2003 World Cup when he scored 673 runs in 11 games and ended as the highest run-scorer.

The legend got his hands on the World Cup trophy in 2011. It was a befitting moment for the man that defined the game.

He smashed records in both Tests and ODIs. He was a hero in the World Cup and holds all the major records till date.

The right-handed batsman’s specialty was to hit boundaries with sheer will and his running between the wickets made him a dangerous prospect. On his 47th birthday, we look at his best ODI knocks that will live on forever.

On February 4, 2010, Tendulkar went on to script perhaps the best moment in ODI cricket. This date will forever be remembered by fans.

Tendulkar had become the first man on the planet to score a double-century in ODIs. Playing against South Africa at the Captain Roop Singh Stadium in Gwalior, the little master scored an unbeaten 200.

His brilliance helped India reach a total of 401/3. The master hit 25 boundaries and three sixes. He stole the thunder of the South Africans and in the end, India went on to win the match by 153 runs.

Current India coach Ravi Shastri was the commentator during the match and he stated, “First man on the planet to reach 200 … And it’s the Superman from India … Take a bow Master…”

That pretty much summed up the specialty Tendulkar brought.

It wasn’t limited to that. Tendulkar could not sleep properly after scoring 200*. In his autobiography ‘Playing It My Way’, Tendulkar stated, “Back in the hotel, I was feeling really tired but, because of all the excitement, was unable to sleep.

Lying awake in bed, I decided to check my phone and found that it was flooded with messages congratulating me and I spent two hours responding to them, a task that eventually took me two days to complete.”

Desert Storm Classic Versus Australia In 1998

This was perhaps Sachin Tendulkar’s greatest ever innings in ODI cricket.

Remembered as ‘The Desert Storm’, Tendulkar’s brilliance in Sharjah in Australia, was a night one will savour. He scored a mammoth 143-run innings against Australia to help India reach the finale of the Coca-Cola Cup.

Chasing 285 to win and 254 for a spot in the final, India did not get the greatest of starts. It was Tendulkar who came to India’s rescue against the famed Aussie attack.

The Men in Blue were struggling at 143/4 in 31 overs, before a desert storm caused a stoppage in play. When the play resumed, Australia were blown away by Tendulkar, who spanked the likes of Shane Warner and Damien Fleming.

India had a revised target of 237 in 46 overs to make it to the final and Tendulkar took the game close.

He was finally dismissed for 143 off 131 balls and ensured that India reached the finale. Australia won the match though by 26 runs. Sachin hit nine fours and five sixes.

This was a mouth-watering battle between two big giants India and Pakistan. And the Men in Blue commanded respect after a spirited win against their arch-rivals.

India were set a target of 274 after Saeed Anwar’s blistering ton. Pakistan had the cushion of a world class bowling attack that comprised of Waqar Younis, Wasim Akram and Shoaib Akhtar.

Sachin Tendulkar and Virender Sehwag gave India a brisk start and the master continued to bat on despite India losing wickets.

He also suffered from cramps, but that didn’t stop him as he rollicked the Pakistani bowlers with some exquisite shots. His match-winning knock of 98 against Pakistan in the group stage encounter was a herculean effort.

Tendulkar smashed 12 fours and a six as he fell just two short of what would have been a well deserved ton. He scored his runs from just 75 balls.

“I got a couple of balls to hit, they went nicely off the bat, and things started happening,” he said after India’s win. This was absolute treat for the fans and gave Sachin an impetus to be proud of.

This knock against Kenya in Bristol during the 1999 World Cup defined Sachin Tendulkar’s wrath.

He had just lost his father and as he came back to join the side, he responded with a supreme knock of 140*. It was a level of sheer poignancy and showcased the elite level of batsmanship.

India, who were in need of a victory to keep their tournament alive, romped home with a famous win.

He described this time as the ‘most difficult stage of my life’, but he stood tall to battle past all hardships and come strong. This is exactly what his father would have wanted.

He dismantled the Kenyan attack for a 101-ball 140*, setting his side up for a comfortable victory.

Tendulkar’s emotional nod to his father when reaching the 100-run mark, came with a six over mid-wicket. This helped him capture millions of hearts.

His technical acumen was brought into play, as he took the stage with a brilliant effort of dominance and hunger.

In the CB series involving Australia, India and Sri Lanka, the first two sides managed to book a berth in the summit clash. In fact, there were two finals. In the first one, Sachin Tendulkar’s 117 helped India chase down a tricky target of 240. India were reeling at 87/3 at one stage.

In the 2011 World Cup, Tendulkar’s 120-run knock against England was a classic. He shared two defining partnerships and hit 10 fours and five sixes. India managed 338. England were the favourites after dominating the chase, however India fought back and forced a tie. 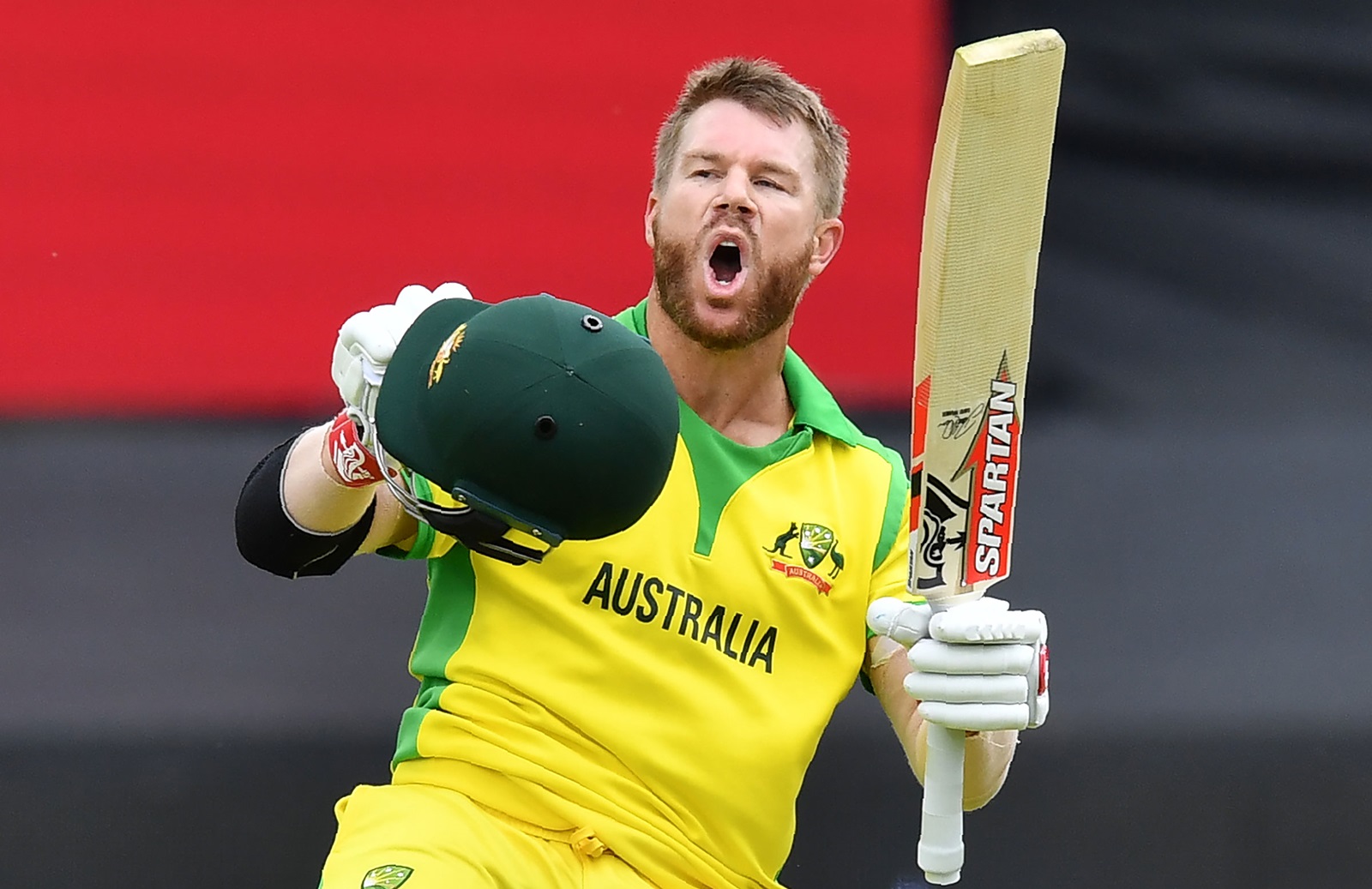