Smith has done it all- scored runs, at Bradmanesque rates, maligned himself, comeback & isn't done yet! 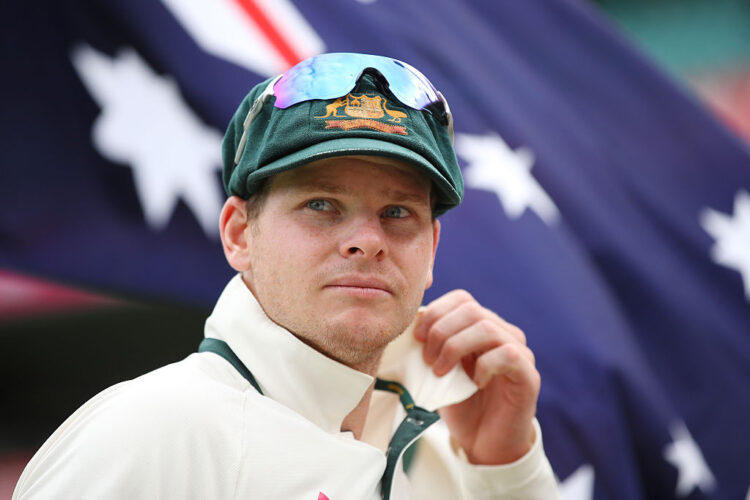 32 is the age where they say a batsman is at his peak. What may follow could either be a downslide or cricketing ascension. It’s an age where a cricketer has seen ardent challenges, conquered some, fallen in countering many and risen again, and expects to grow a legacy.

Just that, at 32 years of age, the Australian has already created one, albeit a polarising one.

His has been a tale of glory and agony, where he’s done it both- scaled cricketing peaks and fallen to the lowest ebbs.

He’s inspired envy and drawn heated ire unseen in the annals of the great game of ours.

Imagine well before approaching June 2, 2021, Steve Smith has already been an ex-Australia captain.

His are eyes that have seen indictment and ceremonious receptions, earning both bouquets and brickbats in a journey where each time he comes out to bat, expectations are high.

For here’s an Australian probably not gifted with the most captivating and eye-pleasing approach to batting that pushes a Kohli and Williamson-fan base to the edge given the fear that wondrous runs would flow from his willow akin to the splash of water in Niagara Falls.

And yet, it must be maintained that the Steve Smith enigma draws as much from his flawed exploits as the crazy proclivity to score runs, almost Bradmanesque in nature.

To this day, you’d wonder what may have been Steven Smith’s command in the game had the infamous saga surrounding the Sandpapergate, Third Test, Cape Town in 2018 not had happened?

And yet, you remain head-to-toe in sheer admiration of the right hander’s volcanic appetite for run-scoring, ably demonstrated through efforts like that 399-ball-stay at the crease during his 239 at Perth.

On a pacy, bouncy track where most batsmen excel in the art of conservation, Steve Smith was found fluid, flowing like water, akin to a famished individual who’d grab everything to quench the thirst for runs.

But the remarkable facet about Steven Smith’s tale, a journey that’s already completed a decade in the sport is that never- whether he was touted the next best thing in Australian cricket after Warne or heckled for being a cheat- did the runs stop flowing.

You admire Kohli’s stunning accumulation of hundreds across formats. Your jaw drops each time Kane Williamson humbly conquers his opponents with a swiftness you’d associate with gifted artisans. But no visitation to the Cricket’s famous troika of current batting greats can be complete without assessing Steve Smith’s Test heroics.

If scoring runs and lots of them constitutes greatness, then Smith has done that in the sternest challenge in Test Cricket- the Ashes.

For a batsman who found his reputation at stake, following the notorious incident at Newlands, Cape Town that angered not just home fans but a cricketing establishment that’s quick to revere and revile a talent, Smith, it mustn’t be noted has raised the bar for any batsman confronting the Ashes series.

From 27 Tests, overall, he’s fired in excess of 2,800 runs. His average of 103 would surely have urged the great Sir Don to move from his chair and offer the New South Wales bat a bear hug.

Moreover, 4,500 of his 7540 Test runs have come against two of the best and strongest bowling attacks- India and England.

Averaging a whopping 72 with the bat versus an India powered by Ashwin, Shami, Umesh, Ishant and 65 against an English attack comprising two of the best modern day seamers in Broad and Anderson, Steven Smith has been a tank that fires along regardless of what his enemy opponent.

Against West Indies, versus whom he’s scored 199 runs from 7 innings, including 4 not outs, he’s batted at an eye-popping average of 165.

A number that may even compel Kohli to join hands in admiration?

Yet what may truly appear mesmerising about a batsman who carries each time he walks into the middle, the weight of expectations on his shoulders as also the responsibility of setting an example, is that never did Smith foster hopes of becoming a batsman.

When Shane Warne retired, circa 2oo7, Smith popped up as a bright leg-spinner who could a ‘bit of batting!’

In fact, he was never even a batting mainstay or afforded a top or middle order position.

That after representing Australia for no fewer than 205 games (Tests, ODIs), starring in countless many, Steve Smith has amassed almost 12,000 runs having fired 38 international centuries is about as awe-inspiring as it is envy-inducing.

And whether or not he’s made a captain again for in doing so, one of the bastions of excellence that is Australian Cricket will only cop up massive criticism, Steve Smith will have his task is cut out- to go out there and score runs at will.

And should he do so for another three or four years, there’s no doubt that the contest for international supremacy in batsmanship will only get tougher with Kohli and Kane also continuously soaring in cricketing stature.

The end beneficiary, one reckons, of the above, would be us fans who can no longer complain that with the passing of the glorious years that featured a Lara, Sachin, Ponting, and Kallis, we never saw another again who could raise the bar of the game or can we?