Saudi Arabia GP: Is F1 staying true to its vision of We Race as One?

Saudi Arabia, due to host a maiden F1 race has stipulated dogmatic conduct for women who'll work at venue 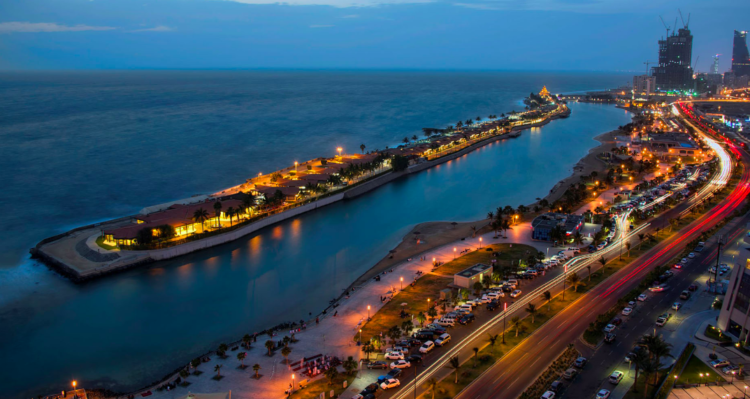 The last time that something revolutionary happened in Saudi Arabia wasn’t only when Israel exported high-scale weaponry to a country with whom it has not always enjoyed very cordial relations, or should one say, relations that are sketchy. Nor was that time solely revolutionary when the now widely-known Reema Juffali became the most talked about motor racer in all of Saudi Arabia.

These were breakthroughs beyond a scope of doubt in that they helped de-escalate the rather primitive, conservative outlook of a country in whose relation adjectives like dogma are often used. But, when news hit the world that a proper Formula 1 Grand Prix was confirmed to be held in Saudi Arabia later this year, the development gathered steam and understandably so.

A country where women, as per the usual world view, aren’t allowed to be on the frontfoot, and where men, to this day and age, call the major shots- how incredible a news was this, everyone thought? In a land where the general public is still not aware of the whims and fancies of the nation’s own crown prince, news that F1 had arrived in the land of oil and camels and multi-billion dollar business deals was alluring.

Pleasantly surprising even much like imagining Sherlock Holmes and James Bond sharing screen space in a spy caper.

Merely imagining F1 in Saudi Arabia was just that!

A recent report that the authorities have issued a strict dress code for women, not sparing men too, though, has been doing rounds of all leading news platforms.

It, then, in some ways exposes the two-sidedness of the country that captures the imagination of the world for its attractive infrastructure and beautiful landscape but also, on most occasions, becomes an eyesore for flagrant violation of human rights matters. Jamal Khashoggi’s assassination is, in itself, a gruesome reminders of the extent that the regime can go to, to silence those who dare question its standing and morals.

So what is happening right now?

Apparently, a tight dress code has been issued for all those who are to work during the much-talked-about imminent maiden Saudi Arabia GP event. For starters, the Saudi Arabia GP is due to be held on December 5, 2021.

And given how some think, especially in a country that has a sort of penchant toward following the rigid and the implausible, it’s hardly a surprise that in its desire to control what the women folk wear on the race-weekend, as well as the men, the Saudi Arabia GP has earned the scorn of the media.

Why would anyone want to tell women the skirt length they are to wear in this day and age?

Following a puritanical mindset never let anyone achieve anything- right?

Women cannot show an inch of skin, not that they were dullhards to even think of doing so, for as long as they are working at the forthcoming Formula 1 Grand Prix of Saudi Arabia. But now that they have been issued clear instructions about the exact knee length of the skirt and all that makes one wonder something. One wonders where’s it that F1 is reaching? Moreover, what good is coming from participating with a country that on the one hand, wants to cleanse its conservative image by allowing something wild and racy as F1 and yet, on the other hand, the very nation continues to impose restrictions on women in an age where tolerance and liberty are no longer cliched values you hear in movies but our very right? The very fact that the state decides what you can wear and what you cannot is indeed deplorable for starters.

Just who is anyone to set a rule in the dress code department for women in that part of the 21st century where women are no longer hiding in the kitchen but occupying board rooms in leading corporates?

Secondly, how does the world media respond to what authorities have to say in regards to Saudi Arabia’s stance?

Will Saudi Arabia wake up and smell the coffee that much like human rights violations, acts like telling women what and what not to do are counter productive and peppered with ceaseless bias?

How backward can that society’s thinking be that doesn’t let its women to get to the frontfoot and get into the mainstream much like men? Will there ever be a day where, for instance, a woman will step onto the podium of a Saudi Arabia GP and hand the winner’s trophy to the conquerer? Surely, that’s never going to happen, right? Who knows what irreparable damage might a woman wearing high heels offer to the religion and the holy practices.

That said, here’s what WION news platform had to say about the dictatorial concept of deciding what women will wear – and what not- at the forthcoming Saudi Arabia GP:

The dress code can be particularly problematic for support staff who will have to work in soaring heat in Jeddah during the race in clothes that may not be of their choice.

Saudi Arabia, you ought to remember, is no Switzerland, where you would quite like to dress yourself in full sleeves and really long sleeved shirts so as to avoid being hit by a cold avalanche; Saudi Arabia is going to be humid and hot by the time the race creeps up on us. Let’s just hope the Grand Prix saga is entertaining enough for the viewers and fans so as to get their time’s worth for where it stands at the moment, the regime has certainly gotten its worth by imposing restrictions that should never have been there in the first place. What’s next- no women to attend the race the next time? How about that Saudi Arabia?