Everything you need to know about SC East Bengal's debut ISL campaign. 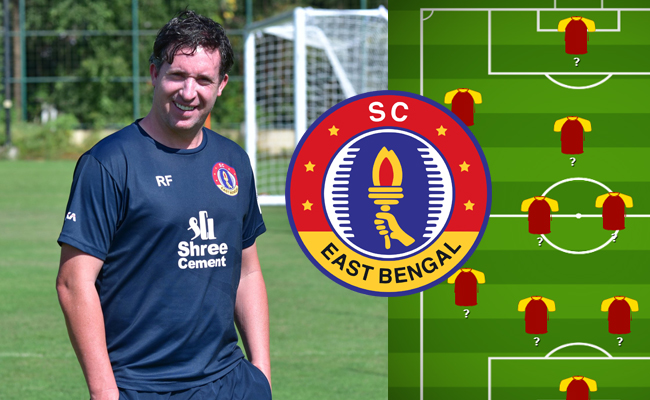 How will SC East Bengal fare in their debut ISL campaign?

Indian Super League (ISL) will see its newest debutant in SC East Bengal in action when they take on ATK Mohun Bagan in the Kolkata Derby on Friday. The Red and Golds had the shortest time to form a team and are at substantial risk of suffering from lack of match fitness.

However, with the right set of foreigners and tactics, Robbie Fowler’s SC East Bengal can pull off a decent performance in their debut ISL season.

Anthony Pilkington: The Irish International will be the second captain of the season for SC East Bengal. Due to a lack of striking options, there is a good possibility that Robbie Fowler will use him as a secondary striker behind the primary striker.

Anthony Pilkington has been playing on the left side in the recent few seasons, but the preferred wing to operate is right for the Irishman. He will lead the East Bengal attacking front by creating and as well as converting chances.

Scott Neville: Robbie Fowler’s trusted lieutenant, Scott Neville will have to show his versatility throughout the season to replicate his Brisbane Roar style of play at East Bengal.

Neville, who is primarily a left-back, can also play as a centre-back. He likes to go forward in the wings and also operate as a makeshift right wing-back. The 31-year-old is a good crosser of the ball and will be one of the most important players for the Red and Golds as the season progresses.

Matti Steinmann: The young German midfielder will marshall East Bengal’s midfield. He can play both as a creative midfielder and a defensive midfielder, thus having the ability to add the much-needed impetus to the East Bengal midfield, which otherwise has limited options.

Robbie Fowler likes to play a three-man defensive system with conventional 3-4-3 and 3-5-2 set-ups. However, this method could leave out open pockets of space in the back. Due to the lack of Indian full-backs, it is safe to say that Fowler may go with a conventional four-man defence with focus on wing play.

SC East Bengal fixtures (Till Round 10)

SC East Bengal will depend heavily on their foreign contingent for success. Their foreigners have incredible resumes and should be dependable, with seventh foreigner Joe Garner expected to add further quality and depth to the squad.

However, East Bengal’s core of Indian players will be a worrisome factor for Robbie Fowler. The lack of fitness and competitive matches, coupled with the lack of managerial experience for Robbie Fowler means the Red and Golds could struggle in the league.