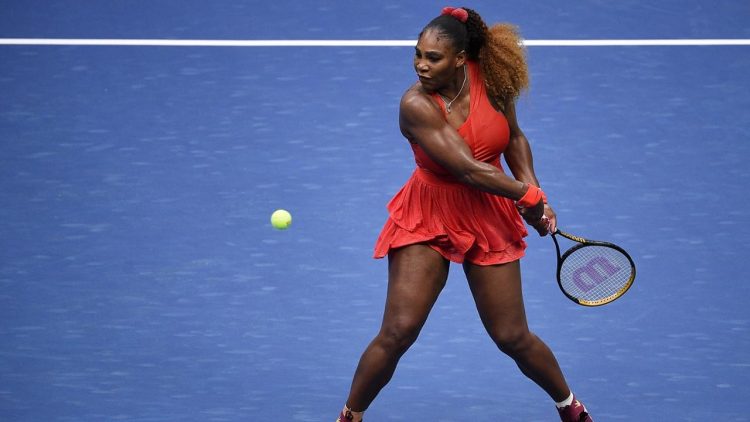 On a day Slam queen Serenal Williams waltzed into the pre-quarters with a comfortable win over compatriot Sloane Stephens, controversy hit the Flushing Meadows again. A top doubles pair in the women’s draw were ordered to withdraw from the year’s last Grand Slam over fears that one of them may have come into contact with an infected player who had pulled out earlier.

Serena got off to a slow start at the Arthur Ashe as the 39th-ranked Stephens broke her serve and took the first set 6-2. However, the 23-time Slam champion made a roaring comeback, taking the next two sets, and with it, the match 6-2, 6-2.

Reflecting on the game which she labelled as an ‘intense’ encounter, Serena said, “In that first set I don’t think she made many errors, honestly. She was just playing so clean and I just said, ‘I don’t want to lose in straight sets’.”

She will be up against 15th-seed Maria Sakkari of Greece in the pre-quarters. The Greek, who recorded an upset victory over the American in the Western & Southern Open, stormed into the last-16 with a thumping 6-3, 6-1 win over Amanda Anisimova of the US.

In another round-3 battle at the Arthur Ashe, Frenchwoman Alize Cornet progressed to the pre-quarters after her opponent, American Madison Keys conceded the match with an injury. Cornet had taken the first set 7-6 and was leading 3-2 in the second when the American had to forfeit the game.

Even amid the action on Day 6, word got out that the top-seeded pair Kristina Mladenovic and Timea Babos had been asked to pull out from the women’s draw. It was learnt that Mladenovic had come into contact with Frenchman Benoit Paire, who had withdrawn from the tournament after testing positive for coronavirus.

The United States Tennis Association (USTA) put out a statement on the development, saying, “All persons who were identified as having prolonged close contact with the infected player (Paire) will quarantine in their rooms for the remainder of their quarantine period.”

A report in news wire service AFP said local public health issues necessitated the issuance of quarantine notices to the top doubles pair. The notices forbid them against commuting from their hotel to the USTA Billie Jean King National Tennis Centre.

The USTA said, “The USTA is obligated to adhere to government guidance at the State, City and Country levels.”

On Saturday, tournament officials reportedly tried to prevent Frenchman Adrian Mannarino from playing his last-32 tie over fears that he had been in touch with Paire.

The controversy couldn’t take the focus away from tennis as in men’s action, World No. 3 Austrian Dominic Thiem came through in four sets against big-serving Croat Marin Cilic. The Austrian won the first two sets 6-2, 6-2 before Cilic staged a comeback, taking the third set 6-3. However, Thiem recovered to win the final set and the match.

In another third-round encounter at the Arthur Ashe, Russian title-contender Daniil Medvedev won in straight sets against American JJ Wolf.

Indian Rohan Bopanna moved into round-3 of Men’s doubles along with Canadian partner Denis Shapovalov, besting Germain paid K Krawietz and A Mies 4-6, 6-4, 6-3.