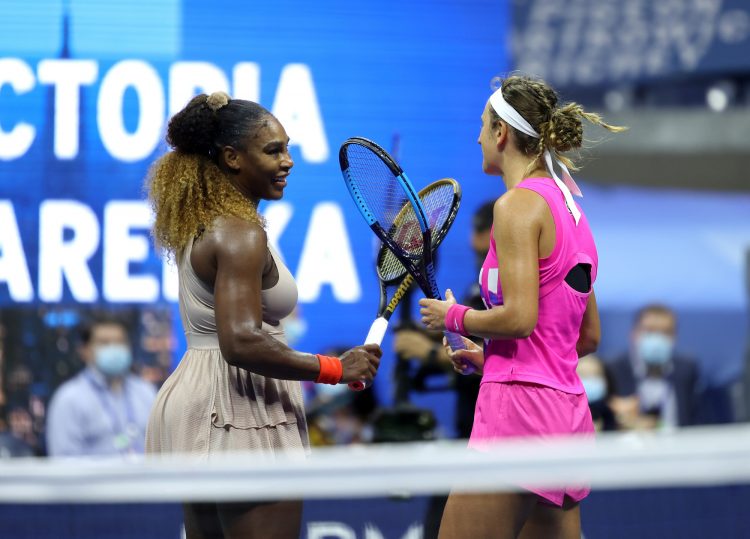 Slam queen Serena Williams’ dream of landing a 24th Gram Slam lay shattered on the hallowed turf at the Arthur Ashe as she finished at the wrong end of a three-setter against 27th-ranked Belarussian Victoria Azarenka.

The 38-year-old American got off to a breezy start and claimed two service breaks off her opponent to take the opening set 6-1. However, just when it appeared that Serena would run away with it, the Belarussian staged a magnificent fightback. She returned whatever the American threw at her in equal measure and matched her shot for shot, winning the next two sets 6-3, 6-3.

Heaping praise on her opponent at the end of the game, Serena said, “She’s had a lot of, I’d say, downs in her career. She started on a lot of highs. I don’t know how she stayed positive, to be honest. That’s a good lesson for all of us. No matter what, you’ve just got to keep on going. Hopefully, she keeps living her dream.”

Asked how she braved adversity to be the star that she is today, the Belarussian said, “Where I grew up is a tough place. From a kid, I’ve been conditioned to adversity. I’ve taken that adversity as a challenge to push me and get better. I’m grateful for that. It makes me tougher. But where I come from, we have tough people. I love that.”

The Belarussian booked a final date with 9th-ranked Japanese Naomi Osaka, who followed her to the title-decider after coming through a fiercely fought three-setter against 41st-ranked Jennifer Brady of the US.

The opening set was closely contested but the two-time Slam winning Japanese brought her experience and superior skill-sets into play to win it 7-6. However, Brady showed she wasn’t about to make a tame exit. She broke her opponent’s serve in thd second set and held her nerve to win it 6-3.

However, Osaka’s big-match temperament told on her opponent in the end as the latter lost the final set by an identical margin as she won the second.