Perez is a fine driver, a class act and someone who's spurring Red Bull. At Mexico, he'd like to jump big! 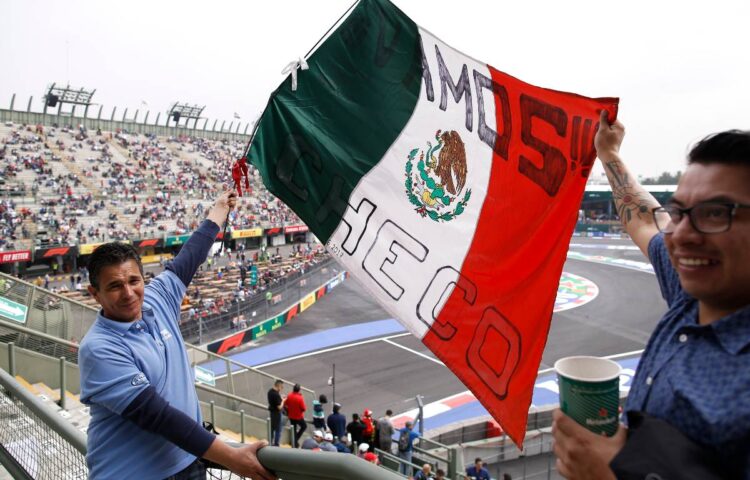 Among the most respected and widely recognised drivers on the current grid happens to be a man who simply can’t be hated nor derided for having done anything intentional or unspectacular to destroy another’s race.

You could be a Lewis fan, a Max supporter or a Vettel lover, but you don’t feel bad when a certain Sergio Perez does well in Formula 1- do you?

Red Bull’s 2021 recruit has done well to spur a charging team to some fine results. It’s at the back of Verstappen’s ‘Max’imum attack and Sergio Perez’ ceaseless consistency that Red Bull have cemented their position as second best to frontrunners Mercedes in this championship.

That the current gap between two of the fastest constructors in Formula 1 is less than 30 points speaks of the massive improvement the Horner-led team have demonstrated especially when one considers that back in 2018, Red Bull were never in the Constructor battle with Ferrari fighting Mercedes.

Race after race, as the battle between Hamilton and Verstappen- the two drivers vying for the 2021 triumph- intensifies, it’s not hard to find Sergio Perez doing his best on the same grid.

At the United States GP, the Mexican emerged third, a strong finish ahead of Ferrari’s Charles Leclerc. At COTA, he had replicated his important P3 at Turkey, a position he earned after enduring a tough fight (once again) with Charles Lelcerc whom he beat by four seconds.

But Turkey’s result was far more important in that, Perez was able to keep Hamilton in his rear-view mirrors. And that can never be counted as just another feat.

This year alone, the experienced driver has scored four of his fourteen F1 podiums, which is more than a third of his entire Grand Prix racing’s tally.

In comparison to Alex Albon, the Thai-British driver who too got a chance to prove his mettle at the Milton Keynes outfit, Perez scored two more podiums in comparison to the 2020 F1 driver’s 2.

But if there’s an area where he’d quite like to improve then it’s the upcoming Mexican Grand Prix. Not because Sergio Perez cannot race at all at the venue but more for the reason that at his home racing event, the famous Mexican hasn’t been able to strike gold.

Sergio Perez holds an ordinary record at the Mexican Grand Prix. It’s never been a venue that’s yielded a single podium for a driver who already has fourteen against his name. Remember that there are drivers just as experienced as the mild-mannered man who’ve not even collected a solitary career podium in all these years.

And remembering them doesn’t make you a Hulk.

Having said that, if there’s one thing that Perez would quite like to do, the man who has against his name feats like the incredible 2021 win at Baku, then it’s a podium in the very least at the Autódromo Hermanos Rodríguez.

For that to happen, though, the 31-year-old driver with 208 race entries would like to begin ideally from the front row or from third on the grid, in the very least.

That’s not to say that the fast-charger on the track cannot win his home race. But naturally speaking, the chances of triumph become all too certain and plausible when one begins from the front row- isn’t it?

The only trouble with that, however is, that Perez would have to match the marauding pace of Max and Lewis, the duo capturing twelve poles between them (from seventeen events).

While it isn’t impossible for nothing can be deemed ‘Mission impossible’ for the man famously- and perhaps- light heartedly called the Mexican Tom Cruise, it will be no child’s play.

In 2019, Red Bull were no match to Mercedes’ Lewis Hamilton at the Mexican GP. Perez, should something fuel his desire to win this year, should remember the fact that he captured a seventh in the very race.

Can all of that stand to change?

The battle for qualifying unfurls this Saturday, i.e. November 6, 2021.