The Indian cricket team suffered a major blow in the ongoing ICC World Cup 2019. Virat Kohli’s side has lost one of its premier batsmen in Shikhar Dhawan through injury.
The left-handed batsman suffered a fracture in his thumb in the match against Australia last Sunday. Interestingly, Dhawan batted on despite the injury and scored a magnificent hundred to help India win.
Before the Shikhar Dhawan Injury, Dhawan has been ruled out of the 2019 Cricket World Cup for a period of three weeks. He had been hit on his left thumb by Aussie fast bowler Nathan Coulter-Nile at The Oval.
Dhawan’s match-winning 117 defined his importance in the marquee game of the tournament. The southpaw had gone for a scan on Monday and the report revealed that he has a fracture.
The premier batting maestro will, therefore, not be able to play India’s upcoming matches against New Zealand, Pakistan, Afghanistan, West Indies, and England – all these matches are scheduled to be played in June.
The Indian team hasn’t named his replacement yet after Shikhar Dhawan Injury and is keen to wait. The management feels that he could recover within three weeks and perhaps join the side in the latter stages.
After Shikhar Dhawan Injury Rishabh Pant is set to fly to England as a cover for Dhawan in the meantime. For now, KL Rahul is set to open the innings alongside Rohit Sharma.
Here are five reasons why Dhawan is the mainstay of this Indian ODI side.

Dhawan is a megastar in ICC events 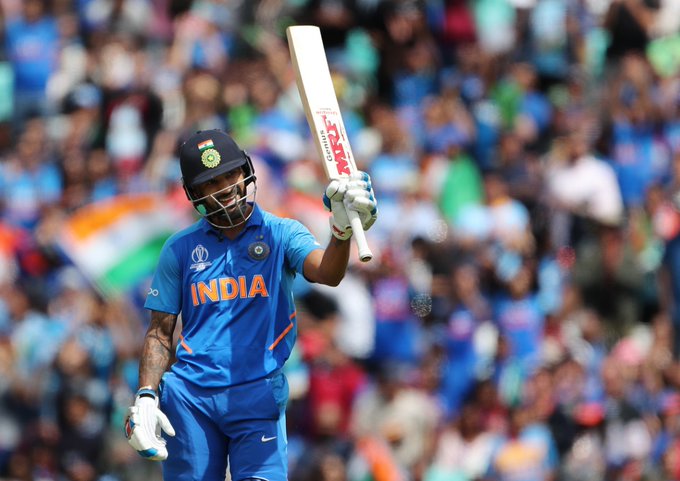 Dhawan is a key player for India in ICC tournaments. He has a staggering 6 hundred in ICC tourneys. In the 2015 World Cup, Dhawan had scored 2 hundred and now he added to that feat.
In the ongoing WC 2019, Dhawan had a poor start against South Africa, before smashing a third World Cup century to decimate the Aussies.
The aggressive player was named man-of-the-match for his sterling innings and it’s no doubt that his injury is a huge blow to India who is hot favorites to win the 2019 World Cup.
Dhawan was adjudged the man-of-the-series award in the 2013 ICC Champions Trophy. That edition was held in England.
He then backed it up with a notable show in the 2017 edition as well, where he finished as the top run-scorer. He has amassed 701 runs in 10 ICC CT matches with three hundred to his name.
In the World Cup, he has scored 537 runs in 10 matches. Altogether, it’s a strong tally of 1,238 runs in ICC 50-over events at an average of over 60.

Understanding with Rohit is a gift 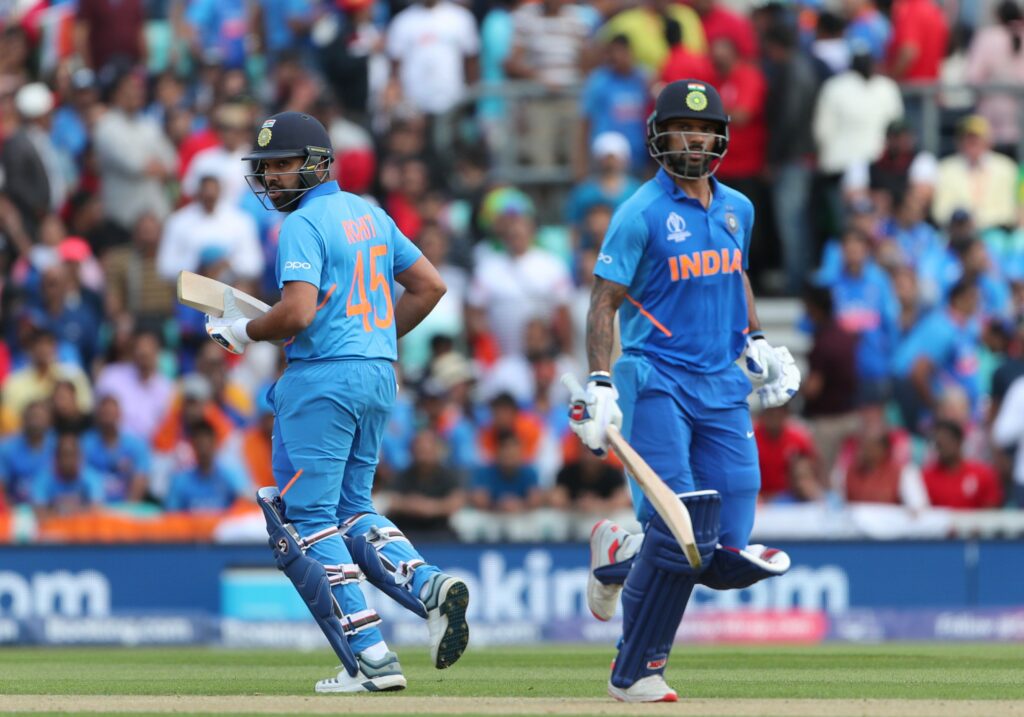 Against Australia on Sunday, both Dhawan and Rohit set up Indian for this gigantic victory against Australia. They negotiated the early threat well and looked patient.
Once Australia’s two premier pacers were removed, they picked up the tempo and added runs quickly. The short of gear is often associated with the two in ODI cricket.
These two stalwarts have a great understanding of the game and compliment each other well on the pitch. There is that aura of trust, flair and confidence riding.
Notably, both have each other’s backs and play fearless cricket. Dhawan and Rohit slammed their 16th century-plus stand in ODIs for the opening wicket.
They have a commanding 4,726 runs as a pair at an average of 45.44. They both love English conditions and that’s something India will miss badly in the upcoming matches.

A top-notch senior ace in ODIs 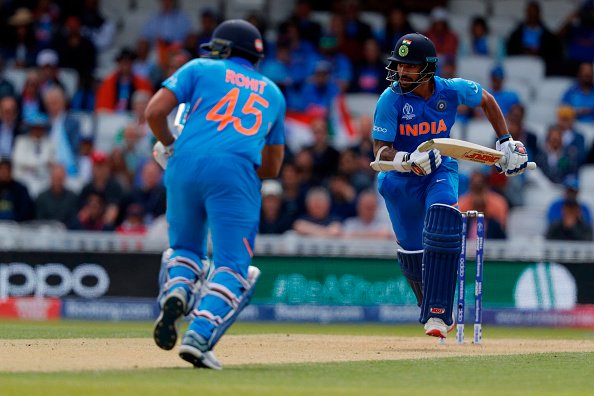 Dhawan has gone on to earn a name in ODI cricket. He has been in the scenario since a while now and has been India’s pivotal asset over the last few years.
His dominance across the world has been a successful story. Dhawan has quickly grown as someone very trustworthy in this ODI side.
He has the runs to back him and the last few years have seen him fire the goods with a distinct level of consistency.
India’s success in ODI cricket has been largely due to Dhawan and Rohit upfront. Their charisma and ability to score bulk of runs upfront have often led to the desired platform for the side.
Dhawan was selected as India’s vice-captain in the 2018 Asia Cup when Virat Kohli was given a rest. With 5,480 runs in ODI cricket, Dhawan has established himself as a strong name in world cricket. 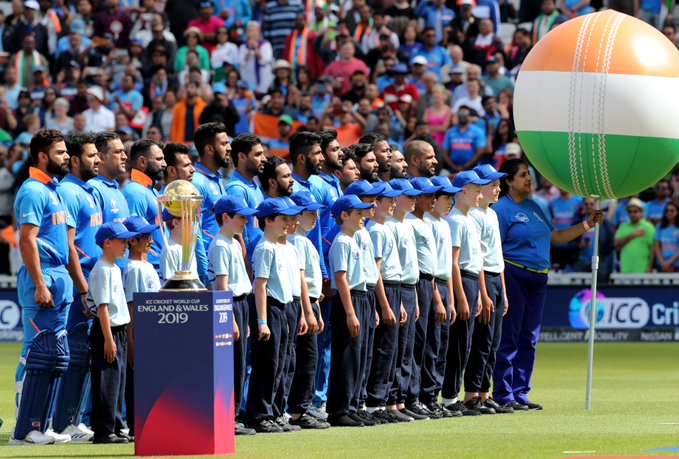 The reason, India didn’t name a replacement already was because of the trust they have on someone like Dhawan. The management believes that he could be the trump card in the latter stages of the tournament.
So far, the team hasn’t taken a final decision on whether to replace the southpaw. Reports state that Kohli & CO. will wait until everything gets cleared.
The team believes that Dhawan will lead his recovery in the three-week period and then come in the last few games. The management knows the value he could bring in the last two league games followed by the semi-final. That if India manage to reach the same.
Dhawan is a big match player and he often thrives in these marquee events. No wonder, Rishabh Pant will need to play the waiting game here. 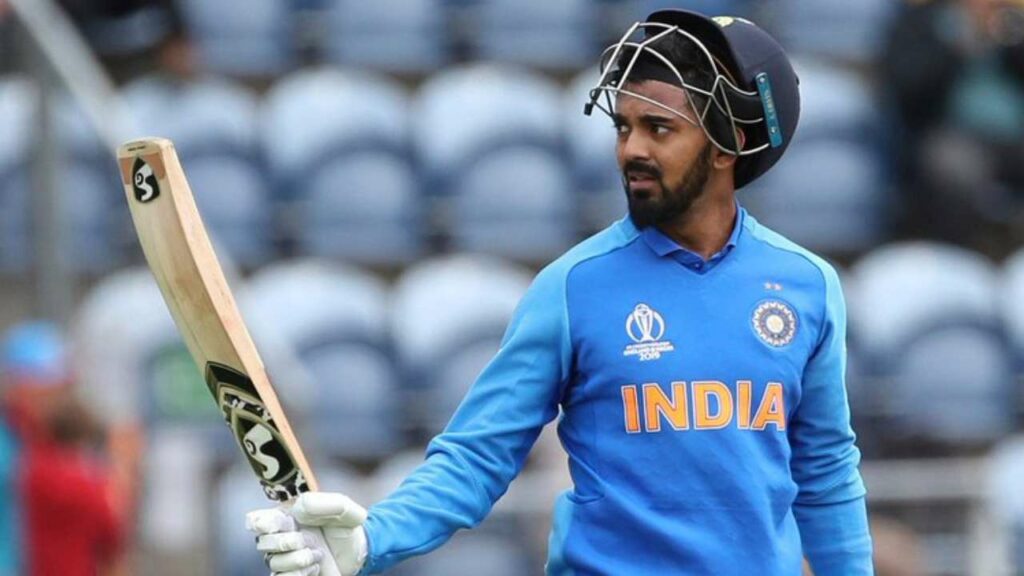 With Dhawan set to miss the next few games for India, the onus will shift on KL Rahul. The right-handed batsman was the choice as India’s number four in the first two matches.
He will now take the role as an opener. Rahul has given a decent account of himself so far, but opening the batting is a different aspect given one needs to negotiate the pacers well.
He is a natural top order batsman though and that will help him. But matching the temperament of Dhawan and filling in his shoes will be a tough ask.
One hopes to see Rahul take the opportunity well and show his mettle. One wants to see him succeed and give India that platform Dhawan is known for.
But it is a big task and Dhawan’s importance in this side is massive thereafter.
ALSO READ:

Previous articleMS Dhoni’s Army insignia controversy: Did cricket win at last?
Next articleTribute To Yuvraj Singh: A Look At His Best Career Moments