A look at whether Luka Jovic should join AC Milan on loan from Real Madrid for the upcoming season. 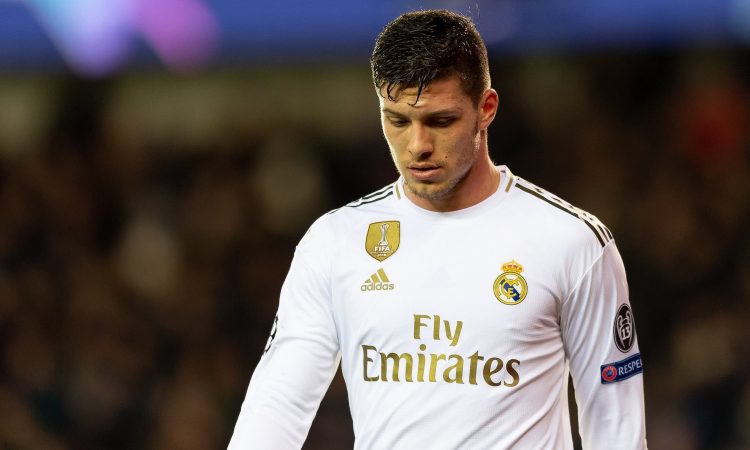 We’re in the final weeks of the summer and football is finally about to commence in Spain. New season, new expectations, and new opportunities — all footballing powerhouses, mid-tablers, and bottom-dwellers are gearing up to do a little better than the last campaign, give their fans a little more to cheer for.

In the 2019/20 La Liga campaign, we saw Zinedine Zidane’s Real Madrid climb to the sum of the Spanish first division and take the coveted trophy home. Barcelona, despite going into the final 10 matchdays with a slender two point advantage, ended up squandering the opportunities they were handed and finished second.

In the upcoming season, the stories could be a little different and both teams will try to see to it. The Blaugrana have a clear objective in mind, but Real Madrid have a rather weird task at hand. They don’t need a radical change of approach, they only need to find a way to get last season’s disappointments up and running.

Brought in as a worthy successor to the legendary Real Madrid number 9 – Karim Benzema, Luka Jovic had a lot to do to in his first season. He needed to earn his minutes, needed to get involved in the action, and he needed to score some invaluable goals.

Sadly, the Serbian failed miserably on all fronts; especially the first. Real Madrid coach, Zinedine Zidane, didn’t trust him enough to give a clear shot at Karim Benzema’s crown and the player had to settle for a permanent spot on the Real Madrid bench.

Luka Jovic off to AC Milan?

In the 2020-21 season, Luka Jovic was tipped to get the opportunity to earn his paycheque. Now, as per a report from AS, he might not even get to stay in the Spanish capital.

Reportedly, Serie A outfit, AC Milan, are looking to reinforce their attack ahead of the new season, and they want to secure a short-term/season-long loan deal for the Serbian sharpshooter.

Ravaged by the coronavirus pandemic, Real Madrid are looking to improve their finance. Los Blancos haven’t signed a single player this transfer window and are set to refrain from doing so this year. They are keeping all the acquisitions reserved for the next transfer window and are offloading the players they deem surplus to requirements.

Luka Jovic, of course, had a forgettable debut campaign in Spain. However, that doesn’t mean Real Madrid would hurt to have a player chipping in with important goals from time to time.

The forward knows how crucial the upcoming season is. He also knows how great Karim Benzema has been over the last couple of seasons, how brilliant he’ll need to be to give the Frenchman something to think about.

The determination could very well be the decisive factor in the crucial games on the season. And Real Madrid won’t be too wise to let him go without a proper backup plan.

The relationship between Real Madrid and AC Milan is strong at the moment and Luka Jovic’s former team-mate, Ante Rebic, could also play a key role in making the move happen. However, with all that said and done, the decision will still boil down to Zinedine Zidane, whether he wants Jovic to be a part of his plan next season.

The player would probably get more time on the pitch in Italy, which could make the look very lucrative. Yet, if he wishes to make it big at the Santiago Bernabeu, he must be prepared to be infinitely patient and step up to the plate when called upon.

Anything less than that won’t help him book a spot at the most demanding club in the world.

Also Read: Dani Ceballos returning to Arsenal was an easy decision for all parties involved