Sledging In Cricket: A Thin Line Between Banter And Abuse

Sleding is the art of getting under the skin of an opposition player in order to drive home the advantage. 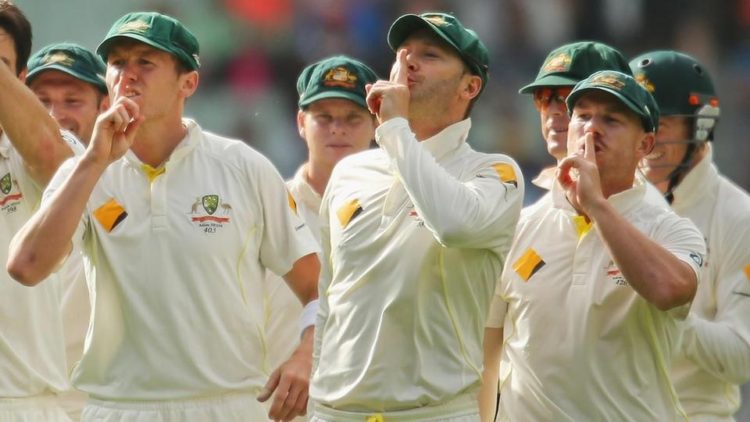 Do you know what’s Sledging in cricket? How do players respond to sledging? What affect does it have on the players and the outcome of the game? When does a banter become abuse?

When Australia came visiting in 2017, it was billed to be an enthralling series – the marker was set when the visitors trampled all over India in Pune. On a spinning track, on an absolute dustbowl, Stephen O’Keefe ran riot, and then Steve Smith slammed a century to shut the door on the hosts.

The series moved south to Bangalore and this is where India were expected to bounce back. The match did not start as per the plans of the hosts – Virat Kohli’s men were sent packing for 189 in the 1st innings of the 2nd Test. Nathan Lyon was the wrecker-in-chief as he picked up eight wickets in the first innings.

Australia, confident after their win in Pune, posted 279 and sealed an 87-run lead. The pressure was amped and India were pushed to the corner. India was again reduced to 120 for 4 but then the tide started turning when Cheteshwar Pujara and Ajinkya Rahane added 118 runs.

India set Australia a target of 178 runs and then the spinners, led by R Ashwin and the seamers bundled out Australia for 112 and India scripted a memorable win. Now, three years after the match, Cheteshwar Pujara recalled how a ‘sledge’ and how ‘nasty words’ from the Australians, especially the players spurred the batsmen and how it changed the complexion of the match.

How The Tide Changed?

“In the 1st innings (Bengaluru Test), we didn’t bat well. So when I was walking into it, I felt a lot of pressure. But after the 1st innings, Anil bhai (Kumble) had a chat with me on how to tackle Nathan Lyon. I went to the NCA and worked on a few things which helped me.

“But I felt pressure when I walked into bat (2nd innings). The kind of sledging they did… I thought they were a little ahead of what they wanted to achieve. Their thought process was… they felt they had already won the game.

“By Tea time, I was with Ajinkya (Rahane), we were coming into the dressing room and they were sledging as if they had won the game. That is when things did turn around, I felt,” Pujara said.

What exactly is sledging? Well, different players interpret it differently, there is no fixed line in the sand, but to understand it one sentence, it is the art of getting under the skin of an opposition player  in order to drive home the advantage.

However, quite often players respond differently to sledges, they take a different path when volleys are fired at them and it spurs them on to be more determined and get results in their favour.

Sledging in cricket makes the contest more intriguing, but there is a very line between trying to rile up the opposition and hurling personal abuses at them – and this is what makes sport a lot more interesting!

Be it Yuvraj slamming Broad for six sixes in an over, or Kohli buckling down and slamming centuries for fun, or Sachin standing up and looking the Australians in the eye – it all came down to personal grit and the immense self-belief that they were better players, they will not be boyed down by ‘sledges’ and few nasty words lobbied at them.

Australia, after the sandpaper gate scandal, has made a concerted effort to change the way they play the game. It should be mentioned here that ‘sledging’ and ‘banter’ is all fun, it adds to the contest, it tests the mettle of the players and it should continue – but then, there should be a line, a boundary which should never be crossed.

In the heat of the battle, when players are huffing and puffing and when every ounce of their effort is put to the sword, this is when zeal is tested, and firing a few petty words towards the opposition is no way to scoot away.

Stay put and battle on!