Unique Social Distancing Examples From Cricket In Times of Covid-19

From leaving balls outside off to keep bowling at good-length, here's how cricket teaches us social distancing 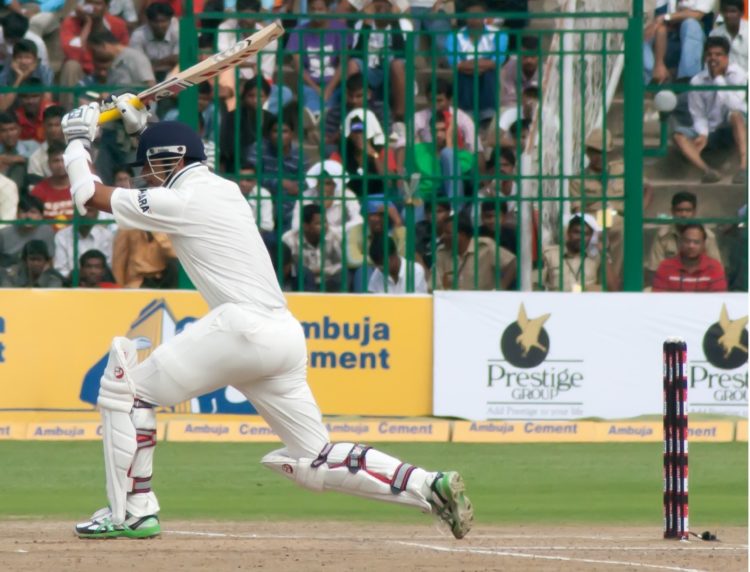 How often do we hear the term ‘social distancing’ these days? Be it on TV sets, radios, social media or anywhere else, we are told to maintain social distancing to check the spread of novel Coronavirus (covid-19).

The idea of Social distancing requires discipline-discipline from the people to avoid getting closer to each other; Patience- patience to maintain a safe distance from others and stay home during quarantine. But can cricket as well teach us the social distancing? Let’s take a look.

Leave Everything Outside off

When a promising batsman goes to a coach, ‘leave everything outside off’ is one of the first things he is told to do. Pertinently, ‘keep knocking the good-length spot’ is what a budding bowler gets to hear. These are two of the important factors in cricket, especially when it comes to Test cricket.

But are these easy to do? You’re mistaken if you think so. Firstly, playing a Test match is a challenge in itself and then leaving balls outside off is just not as easy as it sounds. Nowadays, a lot of celebrated cricketers often lose their cool when it comes to leaving the balls alone. They would come down the track and hit 140 km/s out of the ground, they would even hit consecutive sixes but not let the ball go untouched. Yes, it’s strange but true.

Remember India’s tour to England, which is termed as one of the low points of Indian skipper Virat Kohli? Why is it so? No, it’s not that Kohli wasn’t a good batter then. He wasn’t new to international cricket either. But what he hadn’t in him back then was the ability to leave the balls.

Most of his dismissals in the series came from outside edges. He would try to go after the balls that were bowled just outside off, hence making his life hard at the crease. This all signifies that he lacked patience, which is a must for each of us during these tough times.

Similarly, there are many examples of patience set by former Indian captain Rahul Dravid, commonly known as the Wall. He would never get carried away. Leaving and defending was the mantra to his success. Bowlers kept bending their backs while all Dravid did was push the ball around his the track.

Dravid remained calm throughout his career, be it as a batsman or as captain. Like him, we need to act as the Wall, and be inside the crease to stay away from the deadly Covid-19.

Pertinently, have you ever thought why James Anderson is so successful in the longer-version of the game? Yes, he swings it well. But the secret is his distinctive skill of keeping his line and length tight. He doesn’t get tired of bowling at a single spot. He would keep hitting the good length doesn’t matter how many deliveries the batsman leaves.

Ultimately, he gets them one to nick. Doing this though needs an unimaginable patience. It’s like eating a similar food daily. But isn’t what we need to do amid this lockdown. When we know going out isn’t an option, can’t we stick to what’s available to protect ourselves and others? If we are still not able to decide on it, we must go and watch Anderson’s bowling videos.

Sachin Tendulkar’s iconic knock of 241* runs at Sydney in 2004 is a well-known one in Indian cricket. No, not only because it was played in and against Australia but more importantly, Sachin gave up something he loved the most during this match. In that phase, the master blaster lost his wicket quite a few times while trying to hit his favorite cover-drive.

However, in this match, he decided not to play through the covers, which seemed an unbelievable task. Australian bowlers knew it well, so they kept testing him with half volleys. The Indian great though was unmoved. He showed tremendous patience and elegance, scoring not even a single boundary through covers.

This again reminds us of how leaving something we love becomes important, at times.