Yuvraj, in a recent chat with Jasprit Bumrah, spoke about the same and said that players put on a mask on social media and try to be different people which is not entirely honest. 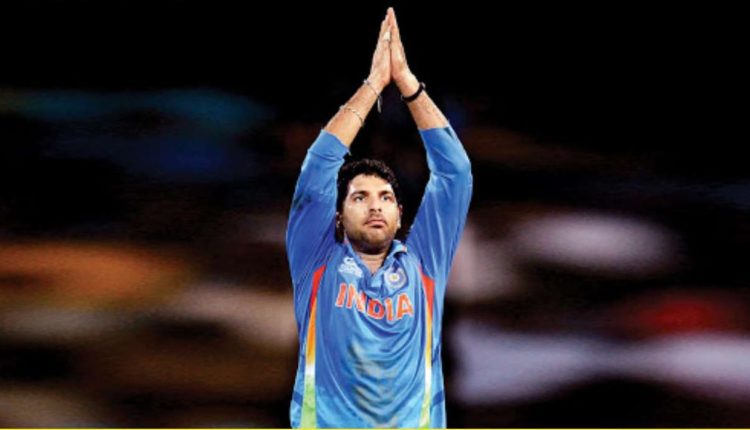 Yuvraj Singh was part of the team under Sourav Ganguly which was slowly standing up after Indian cricket was ravaged by the match-fixing scandal. He found a captain in Ganguly who was willing the back the young players to the hilt and he found players in the dressing room who were absolute role-models.

He was part of a new generation, part of new India which was no longer too shy to stand up and stare the opposition in the eye and yet, he was also part of the India where respect extended towards the senior members were inherent qualities.

Yuvraj Singh has also seen a transition – a team which was slowly picking up pace to a team which became world champions, a team which calls the shots in world cricket and a team which is a product of a board which controls the purse of the game.

And hence, he has a few things to say about the culture shift. In an earlier discussion, he spoke about how the current Indian team has a lack of role models in the dressing room and how the younger players have no one to look up to and be inspired.

“I just feel there are very fewer guys to look up to and I feel that a sense of respect towards seniors, that has become a thin line now,” Yuvraj said. “Koi bhi kisiko kuch bhi keh deta hain (anyone can say anything to anyone).

We have already discussed a whole host of issues around the same and one of the main contributing factors behind the shifting dynamics is the enormous influence of social media in our daily lives.

There is unprecedented access to players – they are no longer the mythical characters of the days gone by. People want to see them as ordinary blokes and hence, even the players want to present themselves in ways and means which are in stark contrast to what they really are.

Yuvraj Singh, in a recent chat with Jasprit Bumrah, spoke about the same and said that players put on a mask on social media and try to be different people which is not entirely honest.  “I feel they try too hard. They become what they are not when they are on social media,” Yuvraj said.

“I have seen many players who are otherwise very decent but on social media, they become something else,” the former all-rounder added.

Jasprit Bumrah, the man who broke into the Indian team, after a string of performances in the IPL and domestic circuit knows a thing or two about the dressing room, about the modern players and about the way they think.

“I have seen youngsters want validation on social media. That people say they are good. People’s opinions should not change the perception and it should not matter. You need to have confidence in yourself,” said Bumrah.

Why Is This Validation Needed?

It is the age of spit and scoot and age where you snooze, you lose. Hence, social media is one sure way of getting fame, even if it were fickle.

A politically correct statement here, a ‘kind’ gesture there, a tongue-in-cheek remark here, a show of honest ambitions there – all these help in gaining eyeballs and players know these are just a few ways to garner headlines and hog the news cycle.

People will start talking about you, there will be trends, there will be debates and then throw in brushes of humanity and suddenly, you are a star, a beacon of hope – at least on social media.

The entire concept could well be skewed – for them, a Virat Kohli might be a role model. He is the captain of the Indian team, he is extremely active on social media, he has a strong presence and he s someone young cricketers aspire to be.

However, as per Yuvraj Singh and Jasprit Bumrah, there is a lot of pretentious figures all around and young cricketers often fall prey to them.

It is all about what you do on the field which will be remembered, long after the mentions, the  hashtags and the quirky comments fizzle off!