Sorry Pep Guardiola, no one owes an apology to Manchester City

Pep Guardiola came lashing out against everyone, from the big clubs to Javier Tebas, and wants an apology. But is he right to demand that on behalf of Manchester City?

Manchester City did nothing wrong. This is what Pep Guardiola says and we all have to accept it.

Pep Guardiola with a halo over his head is saying it. He wants apologies. Say sorry to Saint Pep.

Very few outside Manchester City thought that they would get a reprieve from Court of Arbitration for Sports but on Monday, the football world received a rude shock.

CAS completely overturned the two-year ban imposed by UEFA on Manchester City and laughably imposed a €10 million fine for not cooperating with the investigation.

Apart from the fact that €10 million is pocket change for Manchester City, there was no explanation on why the club refused to cooperate with UEFA. It almost seems like they had something to hide. But Saint Pep knows better.

Pep Guardiola, you don’t know what you are talking about

Liverpool manager Jurgen Klopp came out with the first shots on Tuesday when he said Monday was not a good day for football and made a passionate defence of the Financial Fair Play regulations.

Diplomacy was not the buzzword on Tuesday and Pep Guardiola also decided to take off the gloves. However, his words seemed more jarring and smacked of an institutionalized man who knew his organisation got away with it and now he is just being smug.

Pep Guardiola mirrored Jurgen Klopp’s words and insisted that it was a good day for football and then went on to try and establish how a team who are owned by one of the richest families in the world, backed by a sovereign wealth of a nation and who were found breaching FFP rules in 2014, and only escaped punishment through a plea deal were the victims.

Pep Guardiola is an interesting man to listen to when he talks about football. But on Tuesday he seemed more Donald Trump than a disciple of Johan Cruyff.

The Catalan wants apologies from everyone in football for the disrespect showed towards Manchester City. He wants the traditional big clubs to accept that the Citizens are here to stay.

But most importantly, he truly believes that CAS’ decision was a sure shot statement that Manchester City did nothing wrong.

I don’t know but did Pep Guardiola actually read the statement from CAS? Maybe he was too elated to do it. Maybe he got so engrossed on identifying defender to spend millions on this summer to improve his defence (which already has four defenders who coast more than £50 million each) that he didn’t get the time to read the short summary of the case released by CAS.

It clearly said the alleged breaches were not properly established or time-barred. Nowhere has it talked about no evidence against Manchester City. How could they? Manchester City are yet to give any proper explanation about the emails exchanged between their executives.

The statement also indicated that there is a statutory limit in UEFA’s FFP regulations and following a five-year period a club can’t be punished for old crimes. This is where CAS’ use of the phrase ‘time-barred’ comes into play.

I hope Pep Guardiola finds some time from all his video and tactical sessions to read the CAS statement. The hypocritical, self-righteous and self-obsession on show from him is absolutely spectacular but one can always learn.

If he reads the statement he could learn that there is nothing to suggest that Manchester City were not indulging in cooking up the financial books. What the CAS statement establishes is that expensive lawyers could deploy various technicalities effectively, and the club could still get a €10m fine.

And yes, Pep Guardiola’s assuredness about the case ends when he has to explain the fine. He doesn’t know why the club didn’t cooperate with UEFA’s investigations. He is an innocent soul.

I am sorry Pep, but we are not sorry. Maybe it is difficult for you to accept that your football club cheated as it could colour all your achievements at the Etihad.

Maybe that is why you have taken your bosses on face value and have readily accepted their explanations. You have a right to defend your club. But we have a right to call out the farce.

Finally, do we want to know what the Manchester City fans are talking about? They want the club to go after the newspapers and journalists who produced incriminating articles showing the financial skullduggery indulged by their owners.

Maybe they have taken their cue from the fine people who own Manchester City. Maybe 12 years of sports washing has worked. Maybe like the royal family of Abu Dhabi, the Manchester City fans are not massive supporters of the free press.

Also Read: Matteo Guendouzi’s troubles at Arsenal and what the future holds for him 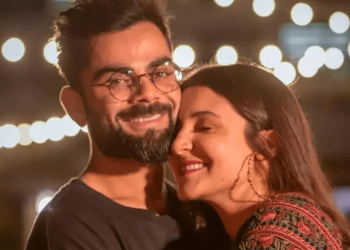