Alonso in his P5 start for Turkey bagged the best race start all season but the GP didn't go as per plans! 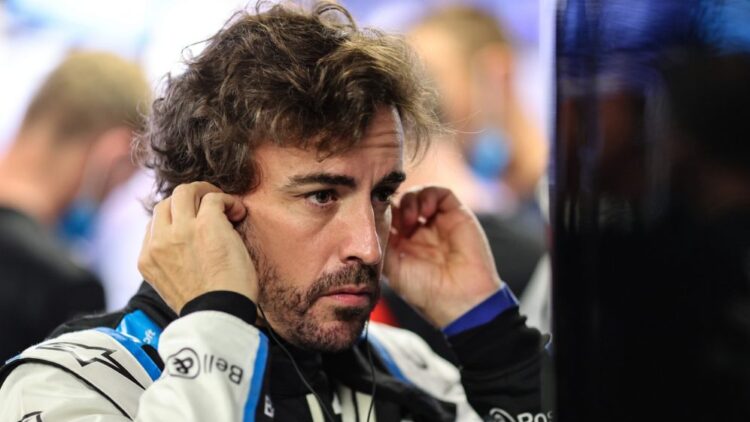 When Fernando Alonso clocked a 1:23:477 in Q3 for the Turkish Grand Prix, he not only bettered his final flying lap in Q2 by four tenths of a second, he bagged is best grid position all season.

How can a forty plus driver go nearly half a second better than his own previous lap time during not the driest days of qualifying?

Always with passion, always with a lion-hearted appetite!

So essentially speaking, Fernando Alonso on P5 (which was originally, a P6 but had shifted a place up north thanks to Lewis’s penalty), and that too, on a wet Istanbul Park would certainly have excited purists as also meme makers about the prospect of seeing a veteran going hard against a significantly younger grid with many of whom powered by faster cars.

Think Norris in a McLaren. Think Gasly in his Alpha Tauri. And don’t forget, Fernando Alonso’s own teammate Esteban Ocon, also in an Alpine, although down in eleventh.

Alas, on race-day, contacted unexpectedly by the young Frenchman’s Alpha Tauri, Alonso, who seemed in fine touch would spin out all thanks to a move that Gasly should never have made in the first place.

But then, since when has Formula 1 stopped its passionate pursuers from not pushing hard?

Even as Pierre Gasly, who came into Fernando Alonso inside the opening lap, was struck by a five- second time penalty, it was enough to reduce what had been a fantastic and fighting grid position into a remorseful stacking down the grid.

Then no matter what Fernando Alonso tried or would’ve quite liked to, mounting a recovery on a wet track amid declining grip was never going to be easy and unspectacularly so, as it turned out, it never really was.

Eventually, the returning Formula 1 driver from Asturias, Spain would manage a lowly sixteenth, which had things been fine, should’ve ideally been a fighting place inside the top ten.

While the eternal optimist may think that a finish above Nicholas Latifi’s Williams, the Canadian down in seventeenth, which effectively meant finishing just above the backmarkers was, at least, some victory, knowing Alonso’s extremely high standards, a retreat to a disenchantment isn’t, after all, an exaggeration or is it?

While one can’t say where exactly might have an incident-free Alonso finished at the conclusion of a dramatic, action-packed Turkish GP, it’s clear that the Oviedo-born would’ve battled hard until the checkered flag.

Well, we know the fighting spirit that Alonso embodies- don’t we?

Not an awful lot has changed, truth be told, about the man who in the 2018 Azerbaijan Grand Prix actually limped into the pits practically on one tire for fresh rubber. This was after Sergey Sirotkin contacting Alonso’s McLaren and Hulkenberg’s Renault in the run down to Turn 2 had caused a double tire puncture to the Spaniard’s car.

The fight remains the same. So does the hunger to perform and, moreover, nothing’s diminished the desire to race hard and make life difficult for the rest of the grid where Fernando Alonso- a braveheart racer- is concerned.

That’s how Alonso functions, a driver, who believe it 0r not had secured a DNF upon his F1 return in 2021. The very driver who’s currently tenth on the standings with 58 points, which is twelve more than his own teammate (as Ocon is down on P11).

The interesting thing being that this year, the only driver to have helped Alpine win a Formula 1 Grand Prix is Ocon-not Alonso.

And yet, that it’s Alonso who holds the edge in the teammate battle suffices to explain why good things happen to those who persist not necessarily only to those who wait.

For had Alonso been playing the waiting game, say at the 2021 Hungarian GP, Lewis Hamilton would so easily have massacred the Spanish Knight’s Alpine, which eventually became- very nearly so- the nemesis of the Mercedes driver.

How Alonso managed to stop Lewis, of all drivers, for ten consecutive laps on a track that’s hard on the tyres and tests the machine’s corner speed is down to pure adrenaline-pumping talent of the Spaniard, not to luck or mad skill alone.