Spinners Who Can Have Solid Influence In ICC World Cup 2019

It remains to be seen how the pitches play in the upcoming ICC World Cup 2019. Reports state that the pitches in large will be dry. Also, with a hot summer forecasted, spinners may end up playing prominent roles in England and Wales. Many pitches will also assist batting at large and on flat tracks the role of spin could be an important one.
Meanwhile, two new balls are now used during the course of each inning. Therefore, the role of spinners in the 50-over format have become all the more important in terms of chipping in and playing dual roles. There are many strong options in spin at the World Cup, with teams bolstering their squad.
Here is a look at the top five spinners that could have a solid influence in the ICC World Cup 2019.

Rashid Khan can dominate the show 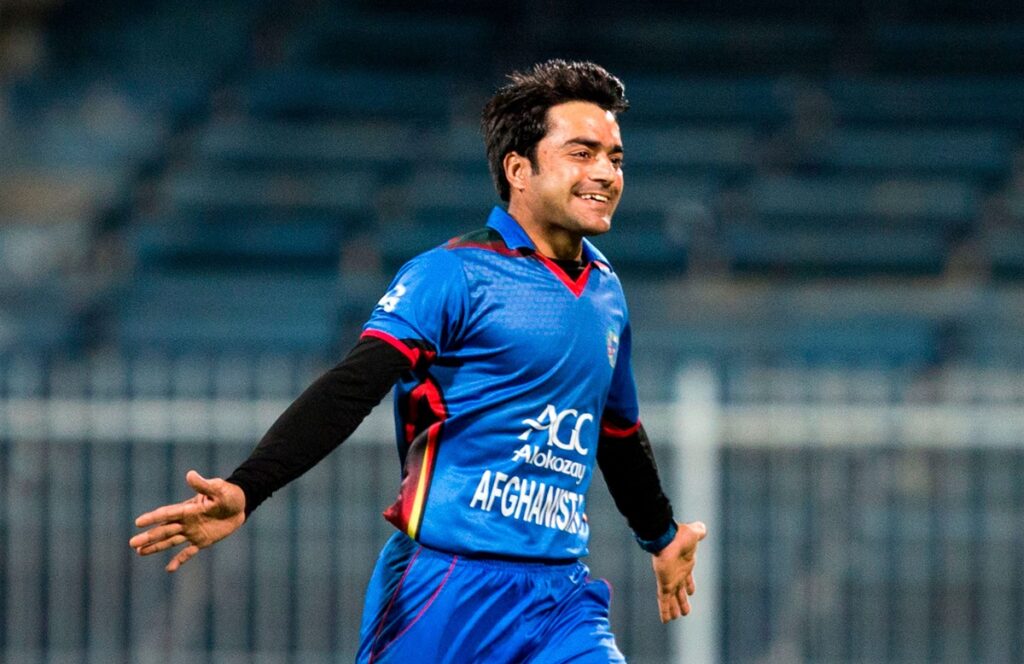 This leg-spinner from Afghanistan has taken his game to newer heights in the last two years. Rashid, who is the number three ranked bowler in ODIs, has been in amazing form since a while now. He has played a major role in helping the Afghanistan team to make rapid strides in world cricket.
He has grown immensely as a bowler and his ability to outfox batsmen will determine the show. His ability to contain batsmen and simultaneously pick wickets, will boost the Afghans. He is a phenomenal wicket-taker and can bowl at any given situation. The leg-spinner is touted to be one of the best in cricket history with time to come.
The 20-year-old had a great IPL 2019, where he picked up 17 wickets in 15 matches for Sunrisers Hyderabad.

Imran Tahir could spin his way through 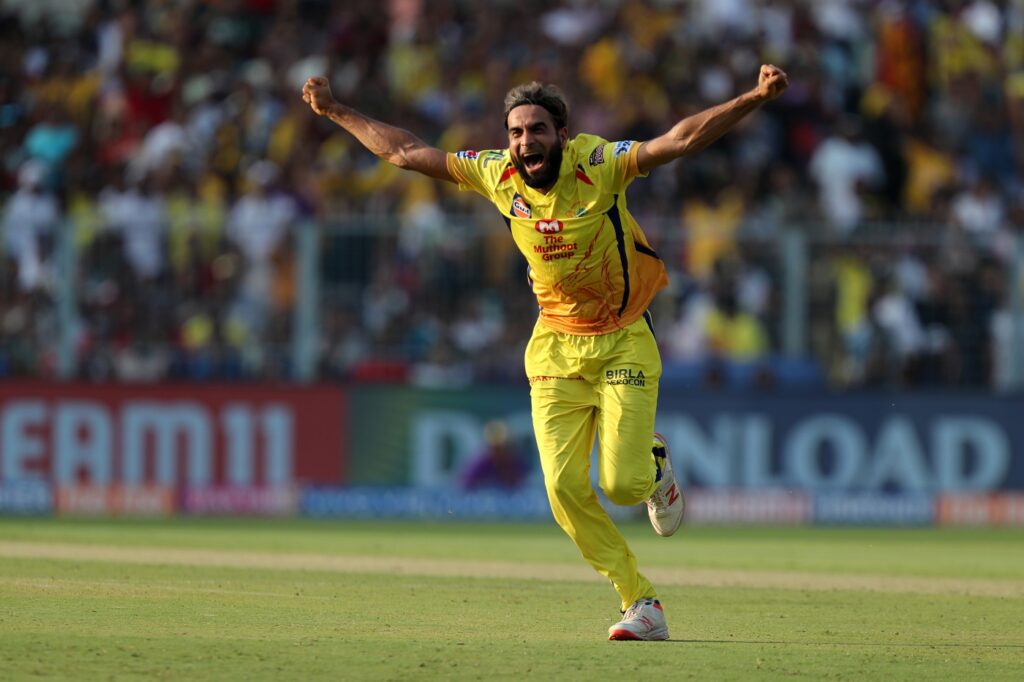 Imran Tahir is all set to feature in his last World Cup. The in-form bowler would be eager to perform well and contribute in helping South Africa win the maiden World Cup trophy. The leg-spinner has always been the go to bowler for Proteas skipper Faf du Plessis whenever he is in search of wickets. What bodes well for Faf here is that Tahir has always responded with the same.
The 40-year-old veteran has played 98 ODIs for the Proteas till now and has picked up an impressive 162 wickets, with best figures of 7/45. He had a strong campaign in the Indian Premier League 2019 edition for Chennai Super Kings.  He also won the Purple Cap to lead the way.
Tahir will be backed to bag key wickets and he is someone who like Rashid can take wickets on any surface. Experience will play a huge factor here for Tahir. 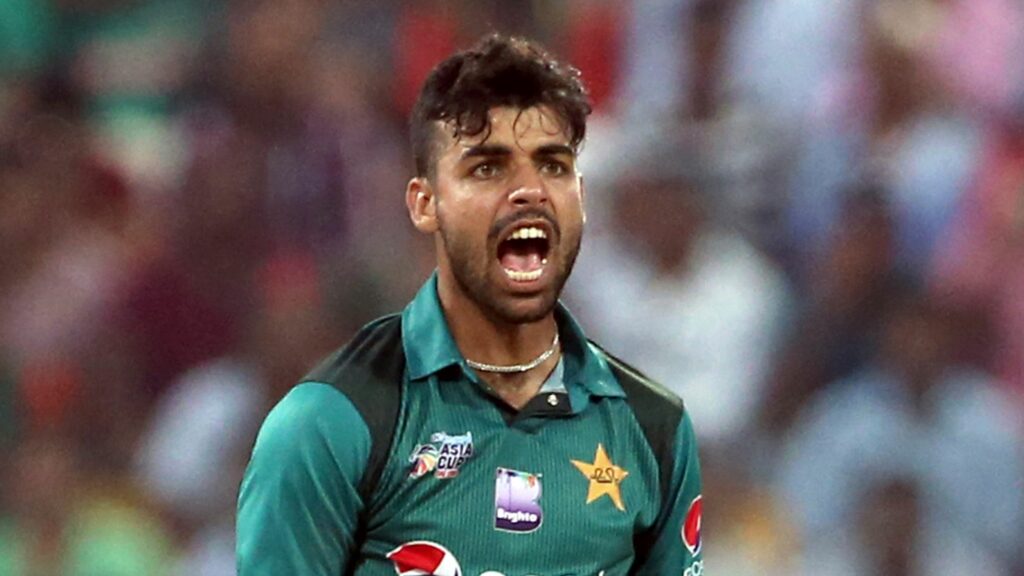 20-year-old  Shadab Khan is Pakistan’s primary spinner and will want to use the the platform to raise the bar. Pakistan haven’t played well in ODIs since a while now and their bowling has struggled. Shadab, who returns from illness, will look to bolster the side by being a prime example to lead the attack.
The youngster was part of Pakistan’s 2017 ICC Champions Trophy winning team in England. He has stunning economy-rate and is a regular wicket-taker. Shadab has managed to take 47 wickets in 34 ODIs. He has the ability to take wickets while maintaining the run flow. He could be a difficult customer for the batsmen.
One expects to see a promising youngster like Shadab to rise to the challenge in the 2019 World Cup and be an utility player.

Shakib could roar aloud for the Tigers 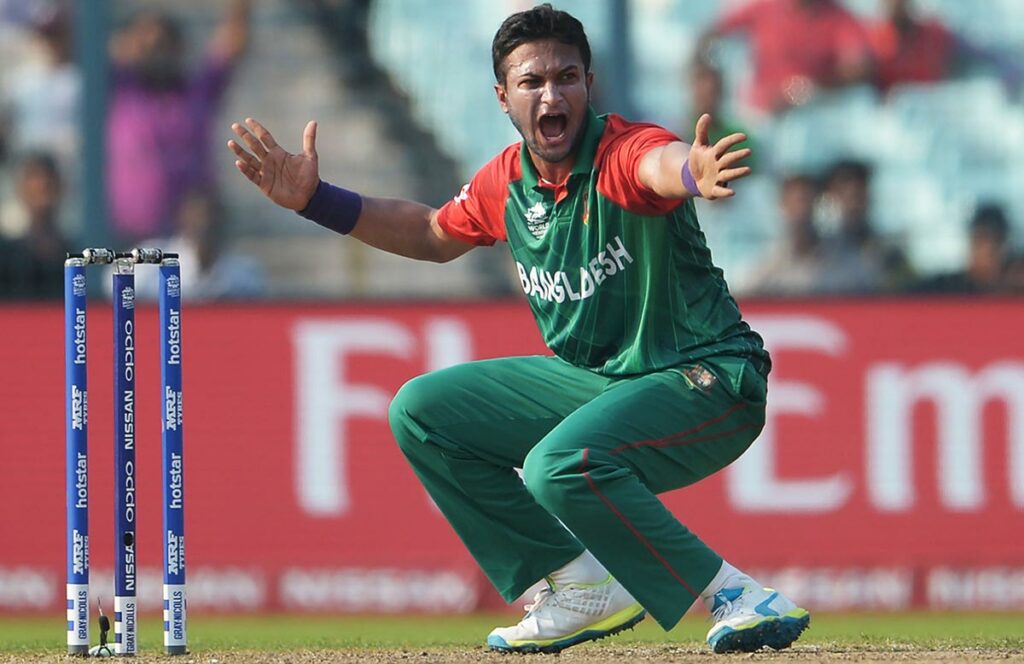 The 32-year-old all-rounder will be leading Bangladesh’s spin attack in England. He is one of the leading spinners in the world. Shakib will look to bring his experience into play. The left-arm spinner is someone, who can get those crucial wickets in the middle stages of the game. He is excellent in containing batsmen as well.
A veteran of 198 ODIs and 249 wickets, Shakib’s influence will be immense for Bangladesh’s fortunes. He has played a strong role in lifting the side in major tournaments.  However, Shakib has been facing injury problems in recent times and this could be a testing time for the Tigers.
Having said that, if Shakib remains fit, he will aim to create a lasting impact at what could likely be his last appearance at the World Cup.

India’s Kuldeep Yadav has work to do

The chinaman bowler will be entrusted to do the job for India and there is a lot riding on his shoulders. Kuldeep hasn’t been in the best of form in 2019 and things could be tricky for him in the 2019 World Cup. He has been amongst the runs this season and his economy-rate has skied high.
But despite the struggles, Kuldeep is Virat Kohli’s main man. He has been vocal about the left-arm wrist spinner. Kuldeep will need to deliver wickets for India and bowl intelligently. He has picked up 85 wickets in 44 ODIs. Kuldeep will look to draw inspiration from his show in England last year, where he wrecked havoc with the ball.
ALSO READ:

2019 World Cup: Most Valuable Player From Each Nation