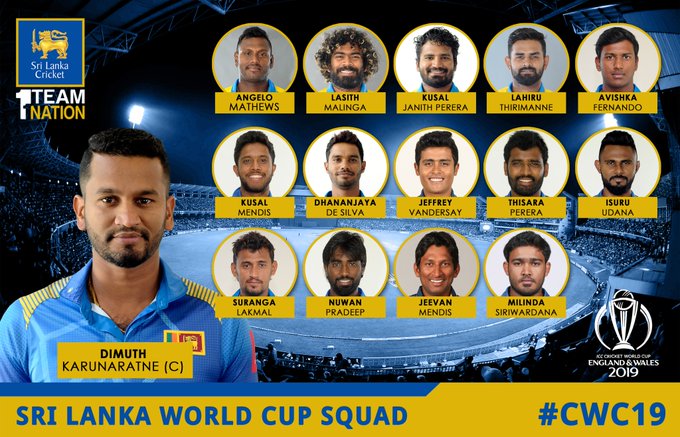 Sri Lanka squad for world cup 2019 will be aiming to make themselves heard in the upcoming ICC World Cup 2019 to start from May 30 onwards in England and Wales.

The Lankan squad that was announced last week, sees plenty of surprises in terms of players picked and dropped. The selectors have gone for a squad that will bring in many surprises.

It remains to be seen how do Lanka shape up with the players at their disposal.

The Lankans went the bold way after seeing out several established names.

They appointed Dimuth Karunaratne as captain despite the player not playing a one-day international for four years.

That’s a major reshuffle for the Island nation.

A lot will ride on Karunaratne, the current Test captain, who replaced Lasith Malinga as ODI skipper. Karunaratne, 30, led Sri Lanka to a Test series victory over South Africa earlier this year.

He will get guidance from veteran stars such as Malinga, Angelo Mathews, and Thisara Perera.

The biggest surprise in Sri Lanka squad for world cup 2019 store was the inclusions of Milinda Siriwardana, Jeffrey Vandersay, and Jeevan Mendis, who all made remarkable comebacks.

Siriwardana and Vandersay last played an ODI in October 2017, while Jeevan Mendis’ previous appearance in the format came in the 2015 World Cup match against Afghanistan.

The major decision came after the Lankans were trounced by SA 5-0 in the ODI series. Inconsistency was the last thing certain players would have wanted.

In Sri Lanka squad for world cup 2019, Lanka has taken a huge risk here, but one needs to now back the side. The 1996 champions do not go in as one of the favorites.

The basic idea will be to give everything and enjoy the cricket played in this mega tourney. Here we analyze Sri Lanka’s 15-member squad announced for the 2019 World Cup.

Lanka have desirable options in batting 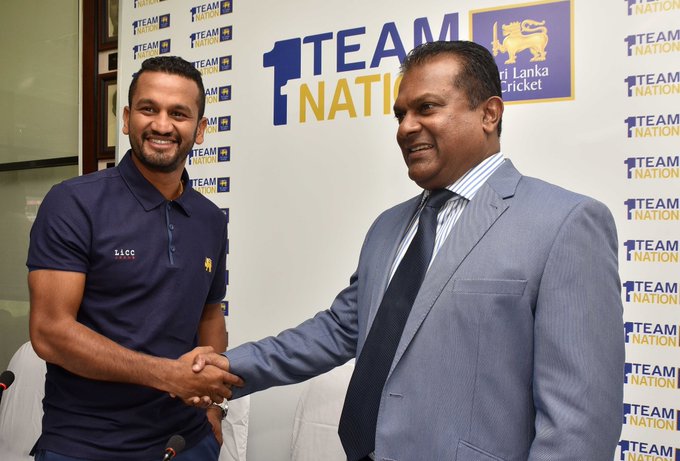 Skipper Karunaratne is a notable Test player and he has played just 17 ODIs up till now.

So this will be a big test for the player to come in and mold himself to the demands of 50-over cricket. He will not get the time to settle in as this is the World Cup and teams will be coming hard at each other.

The application will be key for Karunaratne and he needs to also Marshall his troops well.

He is likely to be the back-up. He has played just 5 ODIs and scored 71 runs. He was recently seen against South Africa.

Thirimanne last played an ODI in 2017. It remains to be seen how he fits in.

He is most likely to open the batting. The left-handed batsman has the desired experience.

He has played 117 ODIs with four hundred and 20 fifties to his name.

Kusal Perera forms the crux in the middle order. A lot will depend on his form and consistency.

The wicket-keeper batsman is a regular in the side. He has scored 2,283 runs in 88 ODIs for Lanka. He will be accompanied by Kusal Mendis.

The talented cricketer will hope to add solidity at number four. He has 62 ODIs under his belt.

Altogether it is a decent batting unit, but there are question marks. 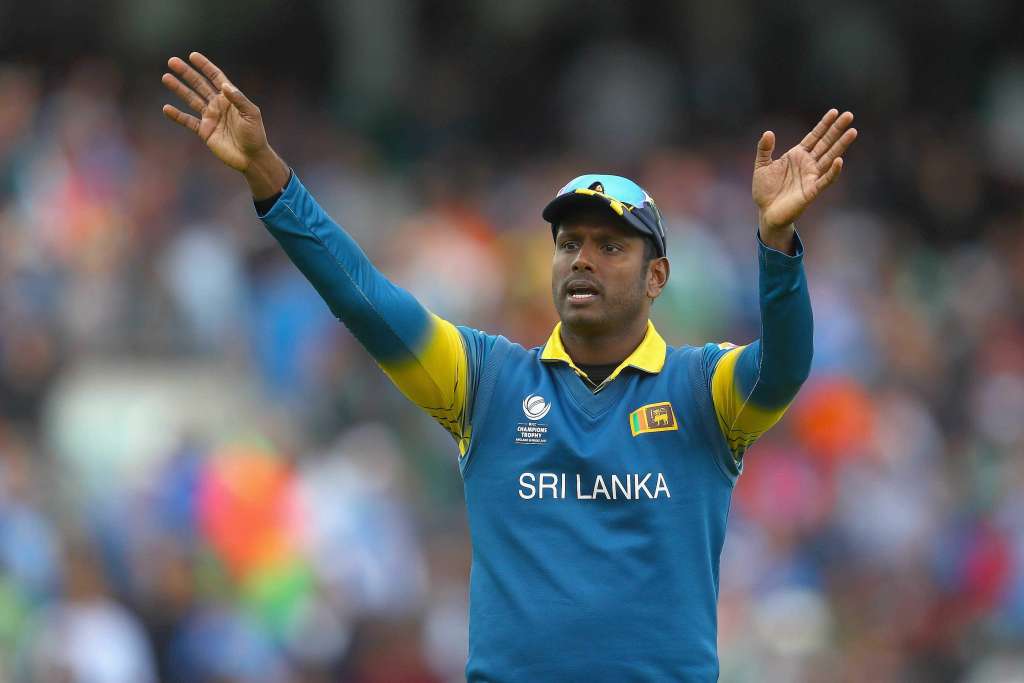 Sri Lanka have named a host of all-rounders to give them the balance.

They have solid experience in the form of Mathews and Perera. A veteran of 203 ODIs, Mathews will be of utmost significance for the side.

He has the knowledge of playing in World Cups. Mathews will be wanting to give his all, given that it is perhaps his final World Cup.

The 31-year-old can boast of a productive career that has seen him amassing 5,380 runs, besides 114 wickets under his belt.

Mathews will need to chip in consistently and power Lanka.

Perera’s presence adds the cushion of a hard-hitting all-rounder. The 30-year-old is one of the senior members in the side and the responsibility is huge on his shoulders.

The bowling all-rounder has taken 169 scalps from 153 ODIs.

He is no mug with the bat. Perera can strike the ball at will. He has a ton and the fifties to throw weight to his credentials as a significant batsman.

Isuru Udana offers support and is the other pace-bowling all-rounder. In five ODIs, he has been decent so far with his offerings.

A player that will need to be ready when called upon from the bench. Jeevan and Siriwardana are spin-bowling all-rounders in the Lankan squad.

Jeevan with his leg-breaks could come in as an important player.

Dhananjaya de Silva brings quality in the side. He will provide variety with his off-breaks. So a wide pool of players to choose from for the Lankan team.

This is the moment for these players to come out and perform ably. Lanka’s main threat will come from this department.

Lasith Malinga is the major hope for Sri Lanka in the 2019 World Cup.

The right-arm fast bowler is one of the best in the world and the entire team is depending on his services.

He has the potential to be consistent and despite dropping pace, he still can turn up and produce match-winning efforts as seen in the ongoing Indian Premier League.

He also has leadership qualities and will look to hand inputs to the players and motivate them.

The veteran star, who is set to retire from ODIs after the World Cup, will have the extra motivation going on.

He will look to extract the confidence in seam-friendly conditions. With 322 scalps to his name, Malinga has been a champion performer.

They will look to rally around Malinga and offer the support. Lakmal has taken 105 wickets in 81 ODIs and is a mainstay in this team.

Vandersay comes in as the only specialist spin-bowler in this side.

His role will be immense as well. He needs to step up with his bowling average being on the higher side. It’s a moment for him to prove his mettle after the selectors invested faith in him.