Statistical Analysis: Indian Openers For The Test Series Against England 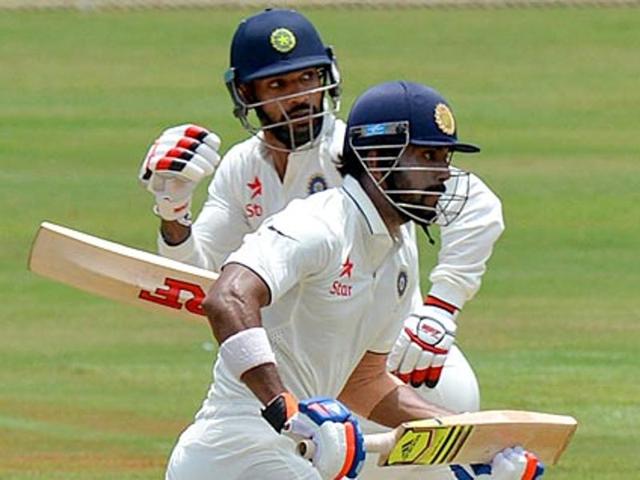 Who will get the nod for the first test? Kohli will have a lot to think (Image: Hindustan times)

India and England will take on each other in the five-match Test series starting August 1 at Edgbaston. The series will provide a stern challenge for the Indian openers against an experienced England attack.

The openers are needed to do the hard work and lay the foundation for a strong start. It is crucial for the likes of Murali Vijay, Shikhar Dhawan and KL Rahul to have a significant say in English conditions.

The story has been similar for the openers as they have all done well in the subcontinent. But when it comes to playing outside the same, they have struggled to cope in conditions that test them severely.

When it comes to opening the innings, India has a good looking option at their disposal and their character could determine how the series shapes up for the visitors’. They have an important job to do in England and need to bounce back from the flop show against South Africa earlier this year.

With the waiting game at his disposal to excel in Tests, Vijay could do himself a world of good if he keeps a patient approach and doesn’t chase wider deliveries. Vijay has left the most number of balls (if we exclude Alastair Cook) in the last four years – a technique which is vital for laying a great foundation at the top.

But at the age of 33, he might have to work harder on his fitness and concentration levels. Against South Africa, he struggled against the new ball and was often seen playing lazy shots. Perhaps, he has learnt from that mistakes and the gritty fifty against Essex could serve him well. He is India’s best amongst the top order trio of Vijay-Dhawan and Rahul.

The southpaw bagged a pair in the practice match against Essex. The senior player is likely to battle for a place in the side against KL Rahul for the opening position. Dhawan has a dismal record away from home against England, Australia, and South Africa.

In the 2014 Test series against England, the left-handed opener really struggled and played only 3 of the 5 Tests. He was a regular victim of James Anderson, who got him out thrice in six innings. An average of 20.33 in three in England does not put him on the right note.

Dhawan has no centuries in England, Australia and South Africa, and his attacking approach atop has seen him losing his wicket early on. A champion of the limited-overs format, Dhawan needs to show that form against England in the upcoming Tests.

Rahul has not played any Test match in England and will be tested by the likes of England opening bowlers pair of James Anderson and Stuart Broad. That depends on whether he gets a chance to come in. The 26-year-old Karnataka batsman hasn’t featured much outside the subcontinent in his short Test career.

The player had a dismal time against South Africa early in January 2018 and in 4 innings, he managed to average only 7.50. Most of his runs have come at home and in Sri Lanka. The recent fifty against Essex could help him massively and the limited-overs series blitz too could serve well.

He has to take the chance that could come along the way.

The following table lists the averages of the respective opening pairs India have tried with these three openers:

The astronomical averages of the Rahul – Dhawan opening partnership as seen from the table above have to be read along with the fact that they have played in the subcontinent. The duo has never played outside Asia as a pair.

The average opening score of Vijay along with Dhawan and Rahul are low away from the subcontinent. That is better in Asia though. This may suggest another phase of struggles for India away from home.