How sweating in the spirit of Cricket led to a raging war?

Ravi Bishnoi was under a lot of rage against Bangladesh in the U19 finals | Image Credits: ICC-cricket

The cricket field has witnessed players losing their cool in various ways over the years.

Just the mere love for the game intensifies an argument between two teams and the game is played no longer with the passion to win, the players fight it out to defeat the other.

There have been occasions where the game took an ugly turn and the final of Under 19 World Cup between India and Bangladesh illustrated something of that sort.

The Under 19 World Cup final between India and Bangladesh took an ugly turn when thee players got into an intense fight after Bangladesh scored the winning runs.

It was a great match and was enjoyed by the crowd and the players alike, but what happened after the winning runs were scored was not good at all.

It didn’t reflect on the spirit that the game of cricket possesses and the match didn’t look like a few gentlemen were playing it because slogging was continuous throughout.

The players were charged with the breaches of the ICC code of conduct and handed international suspensions of 4 to 10 matches.

Indian spinner, Ravi Bishnoi who was also the leading wicket-taker of the tournament was handed a further embargo of two demerit points for giving Bangladeshi cricketer Avishek Das a send-off. 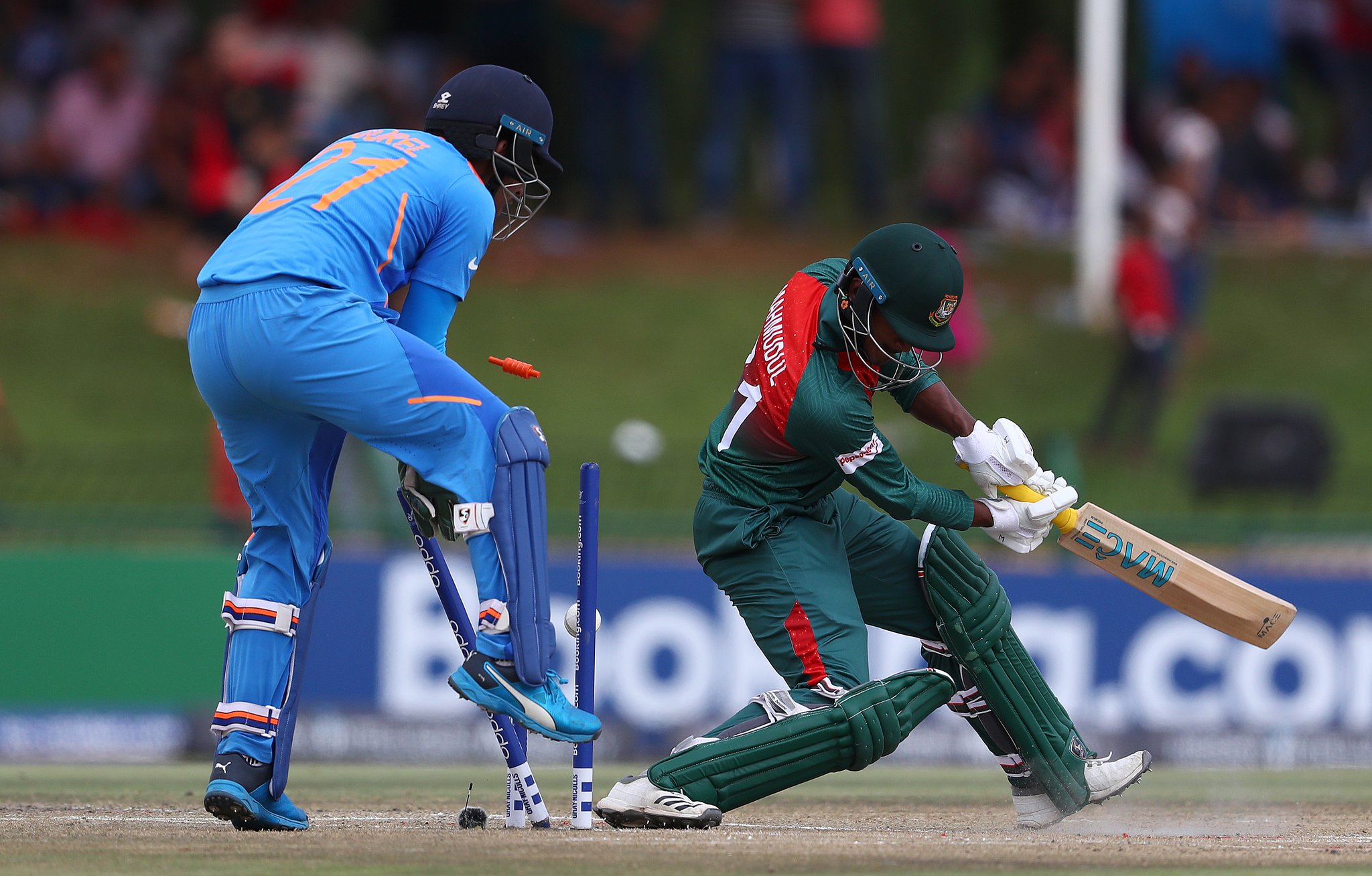 ICC’s Geoff Allardice spoke quite critical of the incident and expressed himself at the press conference. “The match was hard-fought but the disappointment expressed by some players after the game spilled over into unedifying scenes that have no place in the sport. Respect is at the very heart of the spirit of the game and the players are expected to show self-discipline, respect the other team’s win and congratulate them for the success.”

The aggression and the spirit with which the game is played sometimes takes the better of the player and leads to argument and insults on the field and this is what happened in the final of the Under 19 World Cup.

The players failed to respect each other’s respect for the sport and did not showcase the true spirit of the game. There have been instances where the players have respected the opponent’s game and caliber to the full extent and accepted the loss gracefully.

We have heard about the spirit of cricket and talked relentlessly about it but we sometimes forget how vigorously a player trains to maintain discipline on the field.

A lot of people have talked about Cricket as a gentleman’s game and the spirit it possesses.

Before we talk further about the spirit of cricket, we need to know what is the definition of the term and how sportsmanship plays an important role in the shaping of a player or team.

What is the Spirit of Cricket? 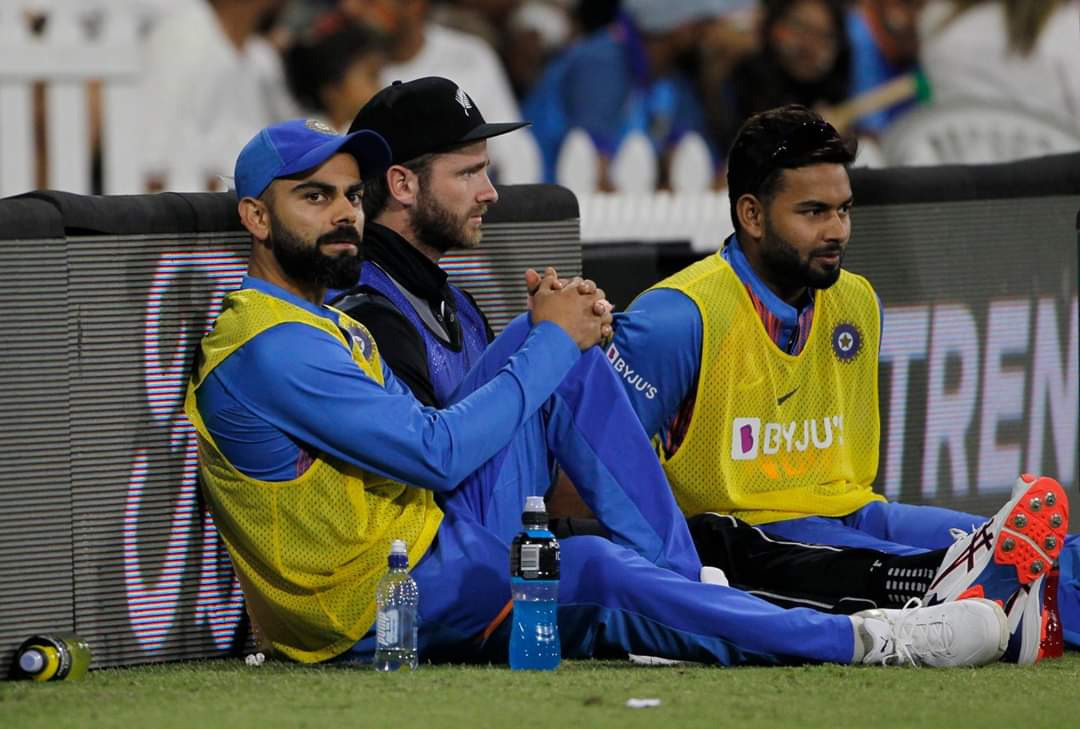 What does it really mean? We have heard commentators saying that a particular team or player showcased the spirit of cricket but in what terms does a spirit justify itself on the field.

The term spirit for a sport could have alternate meanings and ‘Spirit of Cricket’ is often confused with the spirit of winning. Is it about promoting sportsmanship and playing within the laws of the game or is it about the spirit to defeat the opponent no matter what?

Cricket is one of the most wonderful sports and it has captured the essence of a sportsman quite beautifully.

Although it’s a game that requires the players to go all-in and has a reputation of die-hard fans, yet there is something called the spirit of cricket that goes beyond the emotions of the fans and cricketers and asks everyone to play the game fairly.

The one thing that abides all the cricketers to the sport is the respect they have for each other and the love they have for the game.

It is a great deal to represent their respective nation on such a big level but everything is fair on the ground only if kept within the boundaries of sportsmanship and spirit of cricket.

Top ‘Spirit of Cricket’ Moments that won the hearts of fans

Winning matches and scoring good runs to prove your prowess is one of the greatest feelings in the world and winning the hearts of millions of fans is a feeling at another level.

The best footballer in the world, Cristiano Ronaldo is one of the sportspersons out there who knows how to win the hearts of the fans and the players on the other side of the white line.

Just like football, there have been some flabbergasting moments on the cricket pitch that have defined the respect the players have for one another. 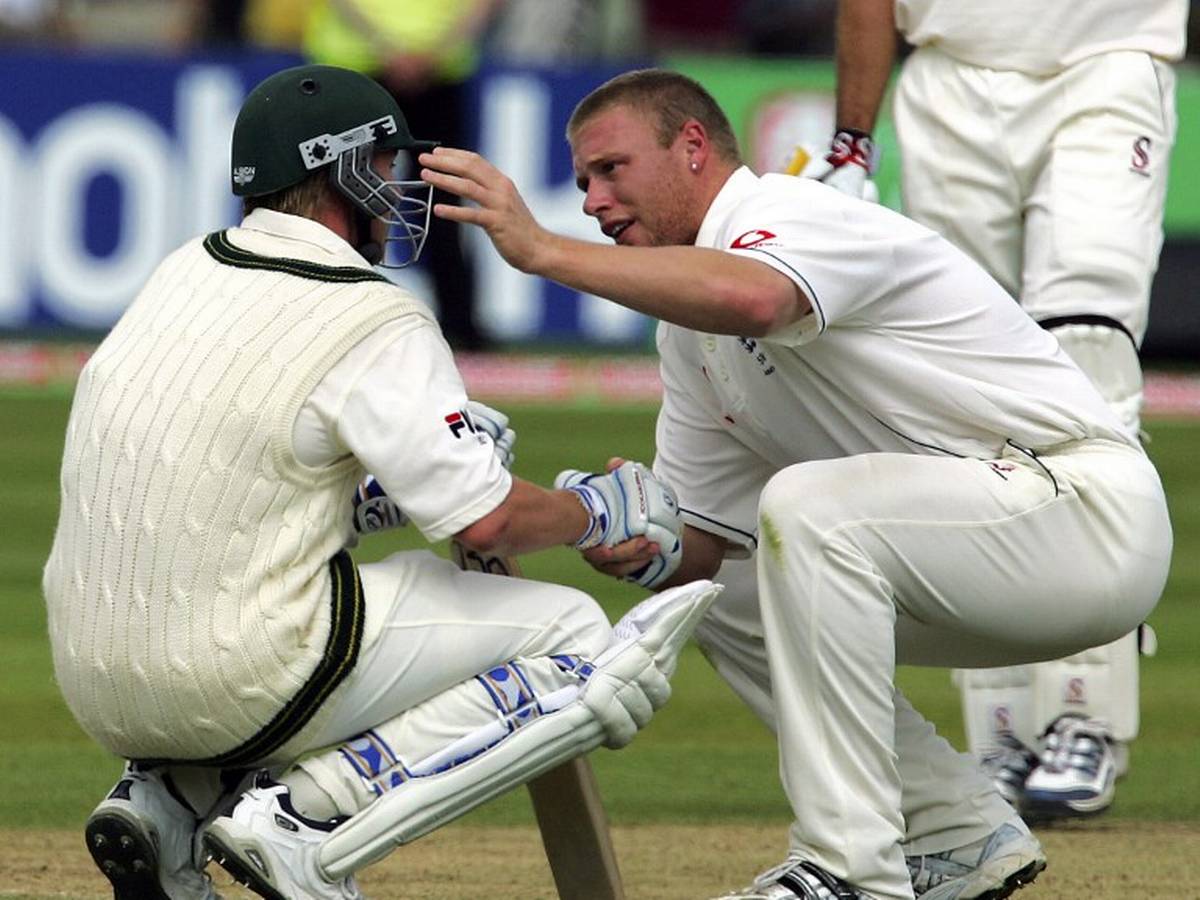 The reason why this moment on the 22-yard pitch is still considered as one of the biggest ‘Spirit of Cricket’ moments is the rivalry the Ashes team share with each other.

The world of cricket is highlighted by two team battles, i.e., India vs Pakistan and England vs Australia.

The Ashes is the most competitive part of the year for the two countries and their players give their everything for that teeny-tiny trophy.

One such battle was witnessed in the decider match of the 2005 Ashes where England won the nail-biter by 2 runs. Brett Lee was the batsman who was holding the 10th wicket and failed to take his team through.

He was completely heart-broken and it was visible to everyone as he just sat there with tears in his eyes.

Andrew Flintoff, who was known for his expressive personalities, went up to Lee and consoled him. This was quite heart-warming and reflected the sportsmanship the player possessed.

2. Protea’s tribute to the greats: Kumar Sangakkara and Mahela Jayawardene

Kumar Sangakkara and Mahela Jayawardene are the two of the legendary cricketers produced by Sri Lanka.

They were not only the greats in the history of Sri Lankan cricket but were the finest ambassadors of the game in the world.

During the 2015 world cup, South Africa reached the semi-finals after defeating Sri Lanka and considering the reputation of ‘the Chokers’, it was a great moment for Ab de Villiers and the team.

In their moment of celebrations, the South African team didn’t forget to pay their tributes to the retiring legends who played their last game for Sri Lanka that night.

Ab de Villiers and Quenton de Cock were quite expressive of the love they shared for the two retiring legends and it went down in the history books as one of the most memorable ‘Spirit of Cricket’ moments.

3. Virat Kohli asked the fans to not boo Steve Smith 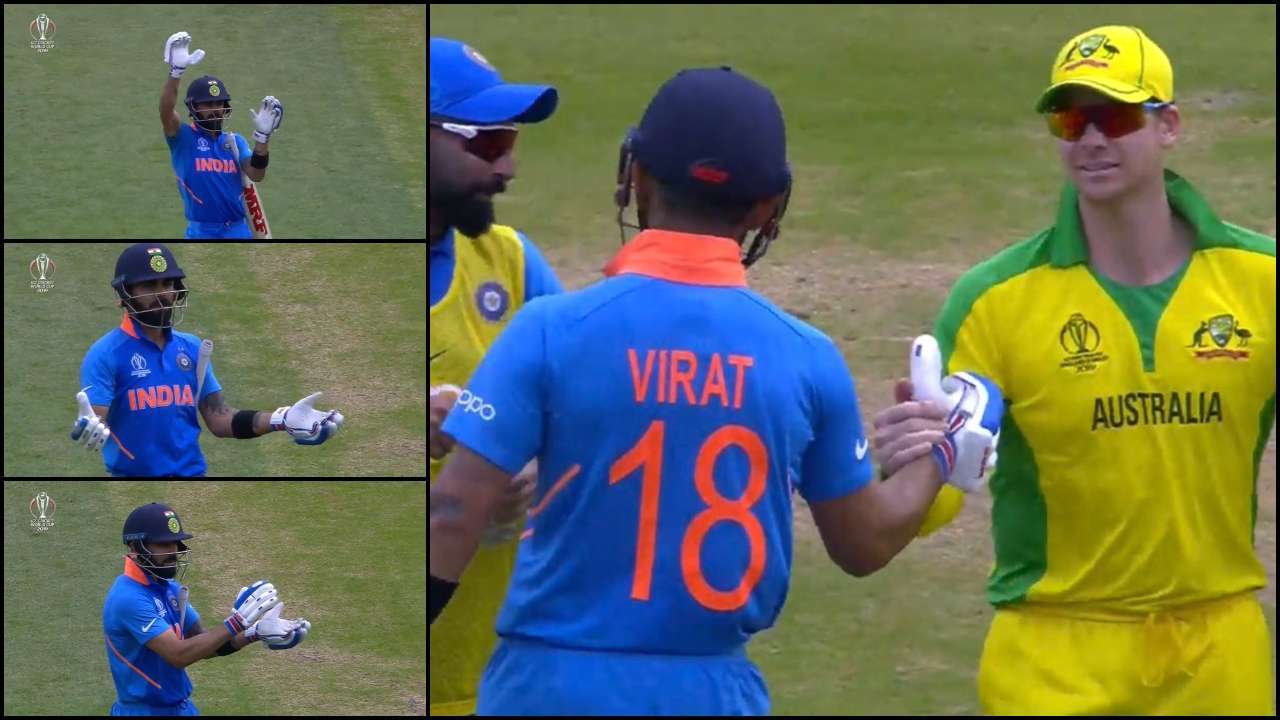 Virat Kohli’s love for the game is undying and for that, he declared his friendship was over in the wake of the ‘Brainfade scandal’.

He had good relations with Aussies, particularly with Steve Smith and he couldn’t tolerate the fact that a player tampered with the rules of cricket.

Keeping all that aside, Virat Kohli came forward for his former mate and fellow cricketer when during the India-Australia match in the 2019 World Cup fans Indian fans bood Steve Smith.

Kohli asked the fans to not boo the player and respect him for the love of the game and it was highly appreciated by the fans all around the world.

The World Cup 2019 final was one of the worst decisions to go down in the history of cricket.

A nail-biting finale where New Zealand and England were trying to get their hands on the trophy, the winner was decided on the basis of boundaries scored in the match.

It was the final of the World Cup, not a follow-through match of any domestic series. New Zealand was on the brink of winning the World Cup but fate dropped it in England’s lap.

For what was one of the biggest heartbreak of their career, New Zealand team led by the clam Kane Williamson accepted the defeat gracefully and showcased their spirit of cricket.

The BlackCaps set an example for the world on how to react when things don’t go your way and how to accept the defeat gracefully even if it is unjustified.

5. India recognize Alastair’s final knock with the guard of honor 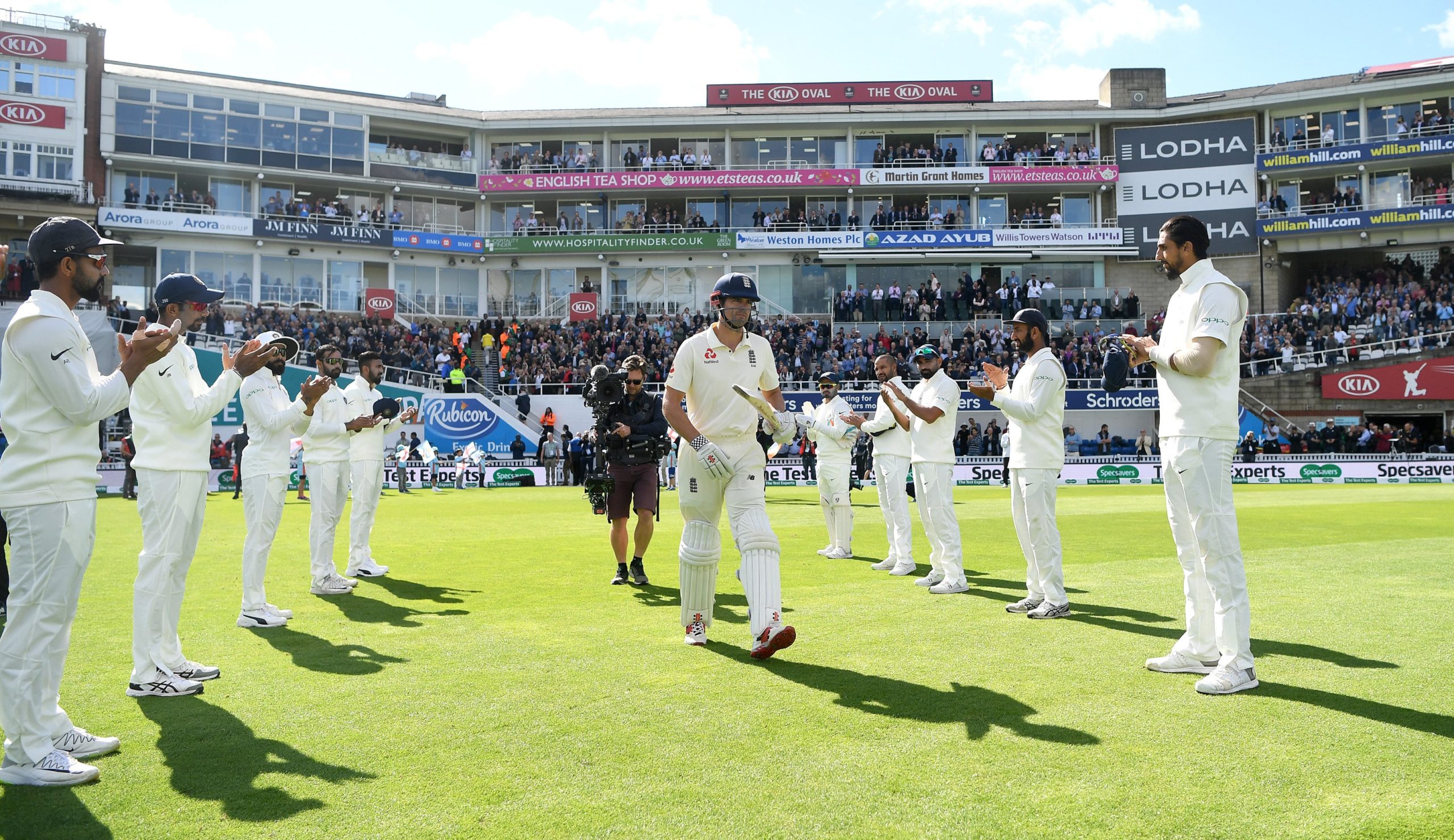 Team India has been known for its humility and sportsmanship on the 22-yard pitch.

The Kohli-led Test team went against England in a Test series in 2018 where Alastair Cook, one of the biggest names of the game, played his last game.

Everybody in the world was waving a reluctant good-bye to Alastair who served the English team for more than a decade.

A batsman and captain, Cook was considered one of the best Test players of all time.

His final match was against India at the Oval and to pay their respect to the player, the Indian players laid out a guard of honor in recognition of the great Alastair Cook.

It was one of the most touching gestures by any team and English players appreciated the Indian team for that.