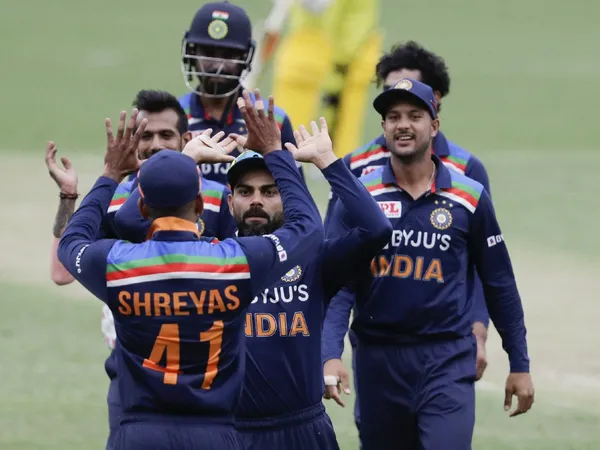 India has to host the T20 World Cup 2021. If the Indian government does not give tax exemption, then the BCCI may have to pay a tax of Rs 906 crore for this World Cup. Even if the government gives some relief, the Indian board will still have to pay 227 crore tax.

The World Cup is just 10 months away and the International Cricket Council (ICC) has placed the United Arab Emirates (UAE) as a backup. BCCI has missed two deadlines before – 31 December 2019 and 31 December 2020. Now the pressure has increased on her to decide whether she wants to host the tournament or not. An official said the new deadline is in February.

The Union Finance Ministry has an appeal pending with the BCCI for tax exemption in this T20 World Cup 2021. However, the government has not taken any decision on this.

Interestingly, BCCI is not even recognized as a National Sports Federation by the Sports Ministry.

After missing two deadlines, the ICC has given the BCCI two options which seem to be the last for the BCCI. The first is the T20 World Cup 2021 to be held in the UAE and the second is the guarantee that if the Indian Board is not able to get tax exemption, then it will have to bear the responsibility of tax which is at least Rs 226.58 crore and maximum 906.33 Crores will be in Rs.

BCCI Secretary Jai Shah is the son of Home Minister Amit Shah and Treasurer Arun Kumar Dhumal is the brother of Minister of State for Finance Anurag Thakur. Anurag has also previously been the BCCI President. The finance ministry has to decide on this

At the BCCI AGM held on 24 December, it was discussed by the BCCI officials in the General Body. According to an official, there were two groups divided in this meeting who were unanimous on whether the BCCI should pay tax if the government does not give tax exemption.

“The matter was discussed for 10-15 minutes after which the house asked the BCCI officials to look into it. But the point of view is that not all the officials were unanimous on this matter,” the official told IANS. There were also that if the government does not give full tax exemption, then should it leave the BCCI host. Someone said that it is a question of respect that India should pay tax and host the World Cup. “

If the government refuses then BCCI’s hosting of the One Day World Cup-2023 could also be in danger. At the same time, experts say that if the government does not give tax exemption for the T20 World Cup 2021, then it is less likely that they will change their vote in 2023.

One expert said, “So the question is simple. If the government did not give a waiver to Tact in 2016, how can she give it in 2021? And if she gives the full waiver, then she will have to give full waiver for the 2016 tournament as well. “

The expert said that if the government gives relaxation to cricket, then it will have to give the rest of the games as well.
The issue of tax arose because Star India, the media rights of ICC, is an Indian company and the broadcaster gives money to ICC. If the Indian government does not give tax exemption to Star India, the broadcaster will not pay the full price fixed to the ICC. If the ICC does not get the full amount from Star, it will pay less to member countries.

At the same time, when the ICC entrusts the hosting of the tournament to its member country, the two parties – the ICC and the country hosting the tournament – sign an agreement according to which the host has to completely waive the tax. The ICC pays some amount to the host country.