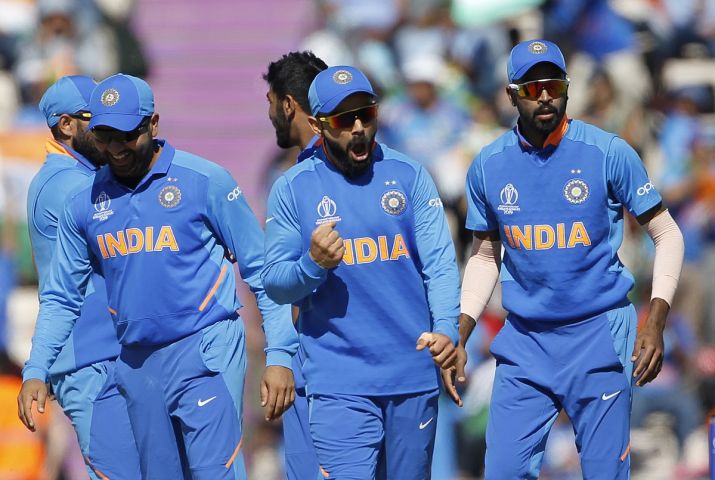 India clinched a close victory against Afghanistan to carry on with their undefeated status in the World Cup. A wonder spell from Mohammad Shami helped India t register their 50th World Cup win. India won the match by 11 runs which turned out to be a thriller.

No, Indian middle order didn’t really struggle. They couldn’t capitalize on their good starts. India were batting first and Rohit Sharma was early to leave by adding only one run. Poor shot selection from KL Rahul (30) sent him back soon as well. As usual, the skipper had to take lead and Virat Kohli scored his third consecutive fifty of this tournament. He ended as the top scorer with 67 off 63 showed his brilliance by keeping the scoreboard moving through singles on a slow track. In the middle order, Vijay Shankar (29 off 41) and MS Dhoni (28 off 52) failed to take benefit from the good starts. Kedar Jadhav added 52 off 68 balls and India could finally reach 224/8 in 50 overs. Even the lower order failed entirely in the slog overs and India were around 30 runs short on the target.

Afghanistan spinners utilized the slow pitch brilliantly. Mujeeb Ur Rahman gave the early breakthrough and scalped the dangerous Rohit. He, Rashid Khan, Mohammad Nabi and the part-timer Rahmat Shah delivered 34 overs of spin together to concede only 129 runs to take five wickets. The pacers Gulbadin Naib and Aftab Alam were accounted for a total of three wickets.

It was a tricky chase considering the pitch and the Indian bowling pack. So Afghanistan started slowly. Hazratullah Zazai was the first man to go after adding just 10 runs off 24 balls. Rahmat was instrumental with 36 off 63 and was part of two key partnerships with Naib (27 off 42) and Hashmatullah Shahidi (21 off 45). 29th over was the turning point as Shah and Shahidi both were dismissed by Jasprit Bumrah. Nabi had to take the lead and he continued to chase with utmost calm. He scored his 14th ODI half-century and took the chase to the finishing line. Unfortunately, he (52 off 55) couldn’t win the match for his team and his calculated innings was unparallel.

If it was Mohammad Shami who handed over the victory to India, it was Jasprit Bumrah who provided the much-needed support. Defending a small total needed Indian bowlers to prove their class on the field and that’s exactly what they deep. Kohli used five bowlers and everyone except Kuldeep Yadav ended with picking at least two wickets. Chahal took two key wickets while Bumrah delivered a magical 29th over. He scalped two set batsmen to bring India back in the match. He kept delivering yorkers especially at the death which made the job tougher for Nabi and co. but the highlight of the match was Shami. Bumrah’s 49th over went for just five runs that gave Shami enough to defend in the finale. Nabi hit a four off the first ball of the last over. The next one saw him not changing strike and the target came down to 12 off three balls. The next three saw Shami picking up Nabi, Aftab, and Mujeeb with fine yorkers. Thus Shami didn’t only help India escape the narrow loss but registered himself for a record.

In the World Cup, this is the tenth hat-trick but this is only the second time an Indian could achieve the feat. In fact, overall this is only the fourth ODI hat-trick in the history of Indian cricket.  Chetan Sharma took the first one against New Zealand in Nagpur during the 1987 World Cup. The Eden Gardens saw next two coming as Kapil Dev one against Sri Lanka in 1991 and Kuldeep Yadav took the third one against Australia in 2017.

Mohammed Shami joins an elite club as he becomes the ninth player to take a hat-trick in men's World Cups! ?#CWC19 | #TeamIndia pic.twitter.com/X3wWKCa90B