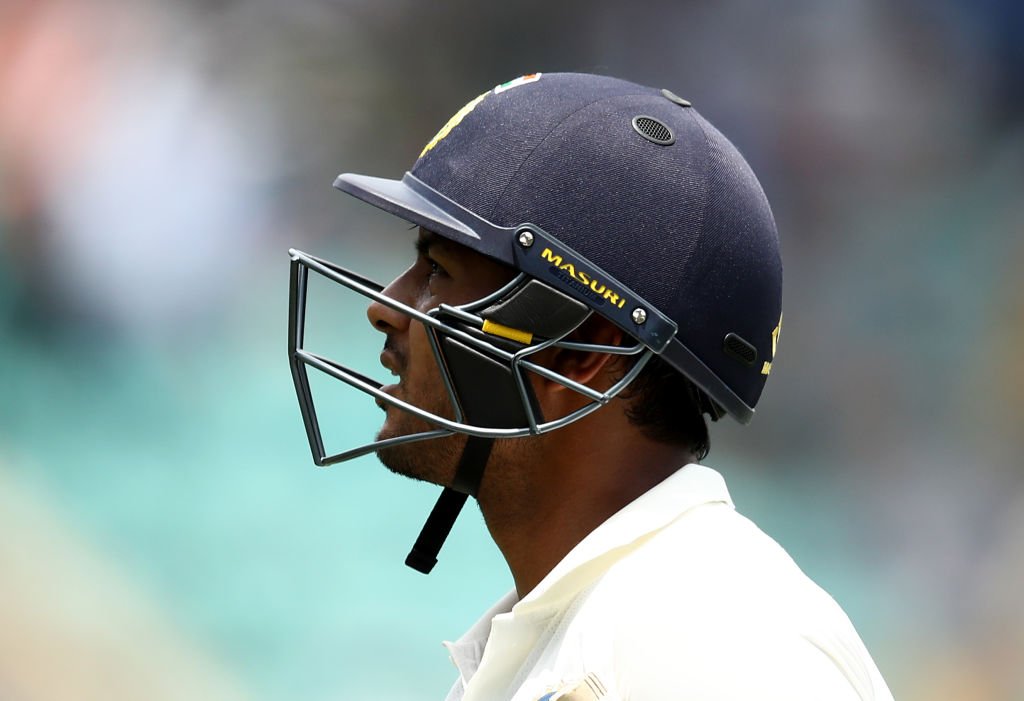 Who would have thought Mayank Agarwal will make it to the Indian squad for the ongoing ICC World Cup 2019? Perhaps, the Karnataka batsman himself was in for a surprise when he got called upon by the BCCI as a replacement for Vijay Shankar. The latter ended up being ruled out with a tournament-ending toe injury.

Mayank Agarwal, who made it to the Test team in the 2018-19 series against Australia as a replacement for injured Prithvi Shaw, seemed destined to make it to the 50-over format. It was quite an interesting call by the management and the selectors. Firstly, Shikhar Dhawan was injured after suffering a hairline fracture in his finger. The selectors responded by calling up Rishabh Pant.

And now with Shankar’s injury, the management found solace in Mayank Agarwal. He comes in as an opener of the side. For now, a back-up option, given KL Rahul has been opening for the team alongside Rohit Sharma. Youngster Pant, who scored 32 and 48 in the recent matches, will look to continue in his new position at number four. This is where Shankar was utilized.

The 28-year-old Mayank wasn’t even on the stand-by list and trumped someone like a Ambati Rayudu in this case. This was an out of box decision by the management. The experienced domestic star, who has been on fire since a whole now, had done well in the 12th edition of the Indian Premier League (IPL) for Kings XI Punjab.

Mayank adds some experience to the squad, although it remains to be seen whether he gets a chance to make his debut in colored clothing for India. One can say his show in the Test series against Australia played a role somewhere. He is set to join the team on July 3, Wednesday at Leeds.

An aggressive player, here we look at Mayank’s journey to the World Cup team.

Mayank Agarwal is all about class and composure 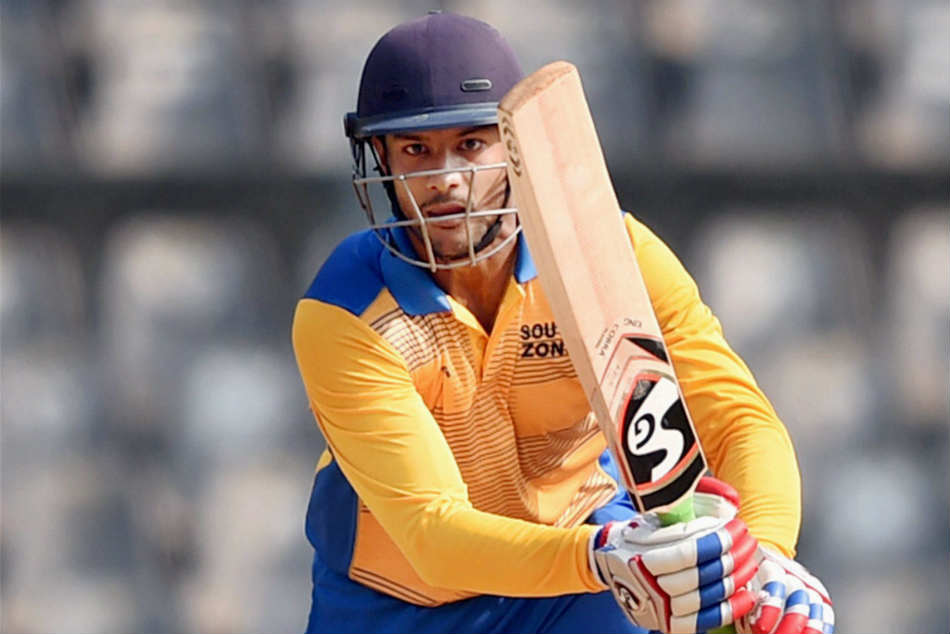 Mayank was known as someone who looked up to former Indian legend Virender Sehwag as a youngster. His moment arrived at the 2010 ICC U-19 World Cup. The promising batsman ended up as India’s leading run-getter in a competition. The tournament saw today’s stars Babar Azam and Josh Hazelwood feature.

The likes of Babar and Hazlewood made it a whole back across formats, but Mayank had to sweat it out hard in domestic cricket. He kept producing the runs and worked to get better with every opportunity. The competition in Indian cricket and the plethora of stars in the line-up, kept Mayank out of reckoning. But then that wasn’t going to last a lifetime.

Mayank, who thrives as a composed and classy batsman, is a real gem. He plays a fearless brand of cricket and much like his friend KL Rahul, there is that quality in him to excel across formats. If you have followed him closely, Mayank’s consistency and solidity gave the selectors the benefit of the doubt. He can exploit the power plays and plays spin bowling better.

He can also hit boundaries off hard length deliveries pretty effortlessly through the off-side.

The runs have followed Mayank everywhere 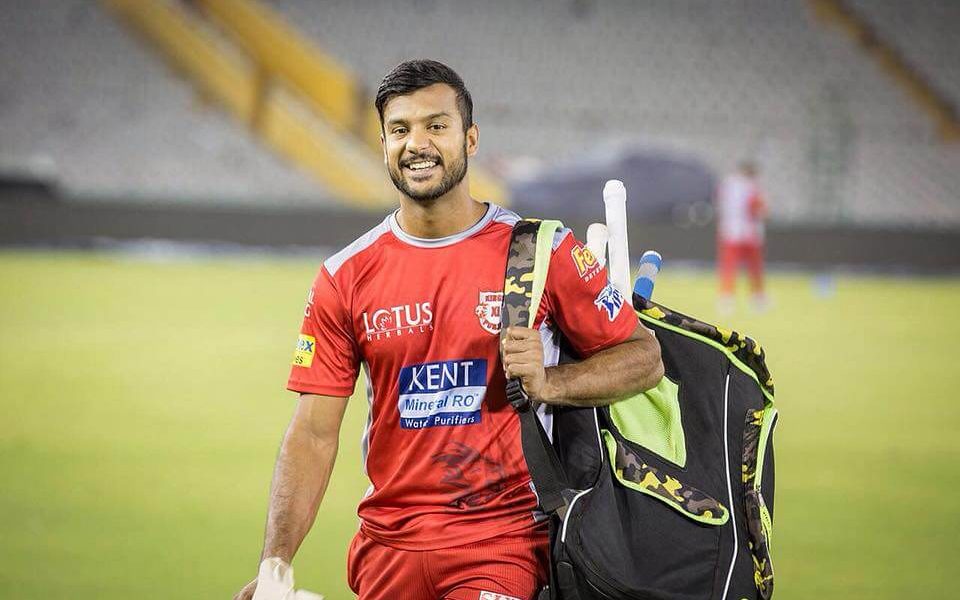 Be it first-class cricket, List A games or T20s, Mayank has been in the headlines everywhere for his effortless batting in the last few seasons. Last year, Mayank represented India A in England and did well in the tri-series. He ended up as the highest scorer in that series and helped India win. He amassed 287 runs from just four games, averaging 71.75 with a strike rate of 105.90.

When you look at his List A performances, the numbers tell you a story. He has scored 3,605 runs from 75 matches at an average of 48.71. Mayank has been amongst the runs since the 2017-18 season and this is what went well for him. He became the first batsman to score 2,000+ runs (2,253 precisely) in a domestic season. This is just magnificent numbers for a batsman.

The numbers suggest that in any other country, he would have already been given a shot by now.

The Karnataka batsman was the top-scorer in 2017/18 Ranji with 1,160 runs at a stunning average of 105.45. He also had a triple century to his name. His prominence grew as 2018 progressed. He continued in the same vein for India A and India B in List A and First-class matches. In October 2018, he scored a  brisk 90 for Board President’s XI against the visiting West Indies in Vadodara.

A natural stroke-player, Agarwal also shined with the bat in the Irani Trophy against Vidharbha in February 2019. He got scores of 95 and 27 against the Ranji Trophy champions. In 50 First-class games, Mayank has amassed 3,964 runs at an average of 50.17. He scored 195 runs in just two games in the Test against Australia at an average of 65.00.

Mayank trumps many star players to get the nod

Many would have thought that Rayudu would make it after being on the stand-by list alongside Pant. If Pant got lucky and got a chance, Rayudu on the other hand, didn’t enjoy a similar fate. This shows how behind he has fallen in the ranks in a quick span of time. Rayudu will rue the home series against Australia in March 2019, that hampered his dream.

Also, a poor IPL 2019 campaign saw Rayudu lose form in the most crucial time. Someone like Mayank was amongst the runs for KXIP and showed his natural instincts.

The likes of Ajinkya Rahane and Shreyas Iyer were also among the probable. But somehow they missed the bus as well. Several reports claim that the selectors zeroed in on Mayank because of his ability to handle spinners. The pitches in England have been on the drier side and Mayank was backed to handle things well. This is something that the selectors doubted Rahane to do.

Mayank has deserved a lot of praise from many corners including former New Zealand coach Mike Hesson.

Was it the right call?

India never wanted four premier pacers since the start. The team looked comfortable with the current options, with Hardik Pandya coming on as the fourth bowler. So far, things have gone well for the side, who qualified for the semis after the win against Bangladesh at Edgbaston. As far as replacing Shankar with a pacer, they are no obvious names that come to the mind.

Some feels Khaleel Ahmed could have been given a chance. But going by his records, he isn’t ready for the big stage yet.

According to the author, going with Mayank gives India more cushion. They wanted to try out KL Rahul as a number four from the start. He got the chance when Dhawan was there. But Rahul was promoted as an opener when Dhawan was injured. Now with Mayank in, India have a chance to let him open and get Rahul back at number four.

Now, the question arises what will happen to Pant? Well, being a natural finisher, Pant can come in anywhere between number five to seven. Having said that, Kedar Jadhav will need to sit out. It can be a good combination. With Rahul, India gets someone who can play as per the tempo at number four. Pant can follow suit alongside Hardik Pandya and score quickly at the death.

That leaves Mayank Agarwal in his natural position. He can take the pressure off Rohit. But let’s wait for now and see how things shape up from here on. Saturday will give us an indication.