The Michael Schumacher Documentary: What To Expect ?

Schumacher, a 7-time world champion will finally have a proper documentary on him, to release in Sep! 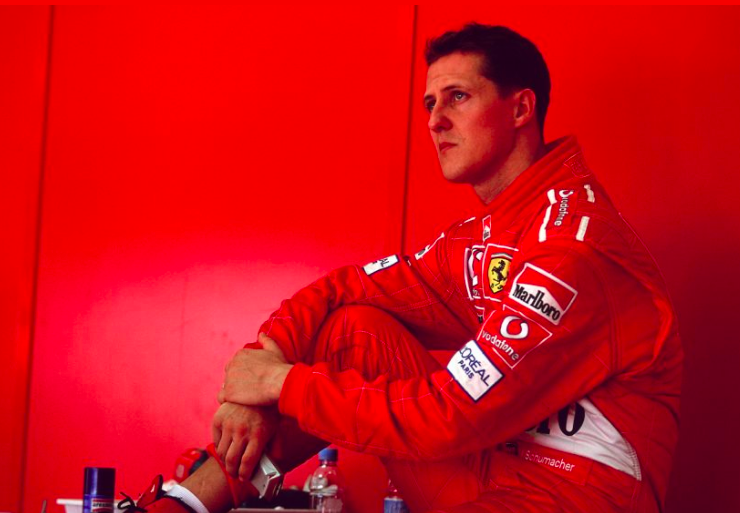 F1.com (the official home of Formula 1)

The great Jim Morrison, frontman of one of the most enigmatic rock bands of all time, The Doors, had said, “There are things known, there are things unknown- and in between are The Doors!”

Frankly, what the iconic singer said in the Sixties holds true to understand the human character to this very day, more specifically, in relation to the celebs.

So let’s take the Morrison analogy and place it in the Formula 1 world and what do we have?

What we know about one of the greatest champions of all time, Michael Schumacher?

Well, we know he was fast, often supremely fast.

Only a driver as gifted and determined as Lewis Hamilton could possibly have come closer to the great Michael Schumacher and today the great Briton actually has.

But apart from amassing great statistical glories, which endeared him to millions of motorsport fans, what is there about Michael Schumacher that one doesn’t know?

For that, there’s the ‘soon-to-be-released’ Netflix Documentary that is to unwrap the enigma known fondly as “Schumi,” and that too, in the not-so-distant future.

Inside the mind of a champion

What’s interesting in many ways is that today one finally has an opportunity to glimpse into the mind of a Formula 1 driver, who was, rather still is, considered like a mythical warrior. For in order to accomplish what Michael Schumacher did, in all his years, which yielded no fewer than 91 race wins, 155 podiums along with 77 fastest laps, one has to be a relentless driver and push the very limit of the car.

That’s something that Michael Schumacher has done, throughout his career, whether in his battles with the iconic Finn Mika Hakkinen or in battles with younger adversaries, whether one speaks of Kimi Raikkonen or Fernando Alonso.

Yet, much like the great Ayrton Senna, Schumacher too, has been a complicated figure- full of talent and swag but also defined by fiery temper. That’s precisely where the upcoming Netflix documentary titled Schumacher, to be released on September 15, will be awesomely vital.

For countless fans hope that it will give us all a peek inside the mind of a true titan of the sport, the man described as the “Red Barron,” the driver who tamed the Prancing Horse, winning 5 of his 7 world championships with the Maranello-based outfit.

Truth be told, there’s a lot the fans wish to know about the legendary Hurth-born German driver who in 2002, stood on the podium in every single Grand Prix, an achievement that may be imitable but is truly magnificent.

Here’s what F1.com said on the prospect of what to expect from the Schumacher documentary

This long-awaited film tells the story of the German F1 legend’s career, from karting in Kerpen to taking his record seventh championship in 2004 – with interviews from his wife Corinna, their two children Gina and Mick, and former F1 rivals and peers.

That said, it’s believed the film will touch upon multiple aspects of the iconic racing driver, one who has been  fine husband, a doting father, besides being an icon of Motor-racing, and not to forget, “The Stig!”