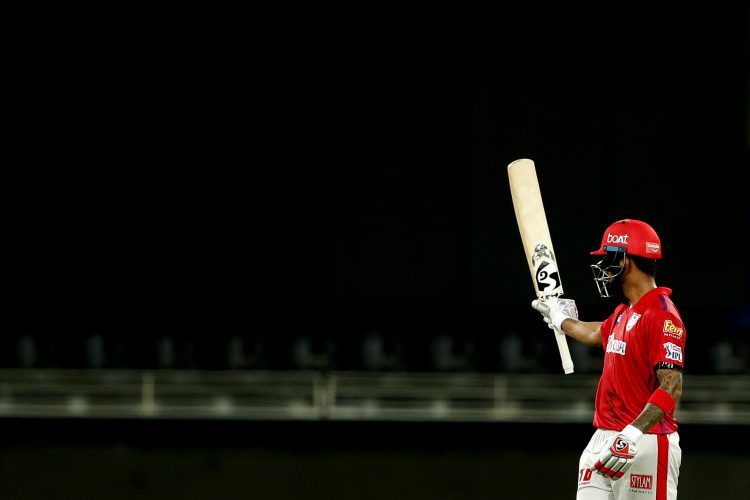 While the last two editions of the Indian Premier League, in many ways, marked the coming of India’s batting sensation Lokesh Rahul, he has already outpaced rival willow-wielders this year, racing up the batting charts after just two innings.

After failing to get going in the opening encounter with Delhi Capitals, the Kings XI skipper turned it on against Royal Challengers Bangalore on Thursday, stroking an incredible 132 off 69 balls with 14 fours and half-a-dozen towering sixes. His maiden ton this season got him into the record books as his score was the highest by a captain in the cash-rich tournament. It also enabled him to briefly hold on to the ‘orange cap’ before it passed on to Francois du Plessis of the Chennai Super Kings, who overtook the Mangalorean as the tournament’s highest scorer with a fighting 43 in a lost cause against the Delhi Capitals on Friday.

A Test opener and batting mainstay in limited overs cricket, who also doubles up as a glovesman in the shorter formats, Rahul’s evolution as a cricketer over the last few seasons in the IPL and international cricket has been quite phenomenal. His fair collections and assured presence behind the wickets last season, prompted the India think-tank to try him out as a wicket-keeper batsman in limited overs cricket and the move, thus far, hasn’t been one that it would regret.

The decision, if anything, was an inspired one as Rahul, since being assigned the dual role, has taken his game up by a fair few notches. In seven one-day internationals since the 2019 World Cup, including a three-match home series against Australia, Rahul scored 332 runs at an average of over 47, more than his career average in the 50-over format. What’s significant in this context is that he was asked to keep wickets in the second ODI against the Aussies after Rishabh Pant copped one on the helmet from speedster Pat Cummins and was ruled out of the series.

It was golden opportunity to cement his place in the limited overs line-up and he wasn’t about to let it go. He stroked a brilliant 80 with the bat and kept clean, and, in a way of affirmation, was asked to play the dual role for the rest of the series even as Pant got back to full fitness.

The Mangalorean hasn’t looked back since as he opened and kept wickets in the limited overs leg of India’s tour of New Zealand, totalling 224 runs in 5 T20 internationals, the most runs scored by an Indian in a bilateral T20I series overseas, eclipsing the previous highest of 199 by his skipper Virat Kohli against Australia in 2016.

As Kohli put it, it’s tough to look beyond Rahul in limited overs internationals considering his unblemished performances behind the wickets and form with the bat. While being used as a floater in the batting line-up, he also enables the think-tank to go in with an extra batsman or a bowler.

Explaining the rationale behind the move to ask Rahul to keep wickets, Kohli, speaking at the end of the victorious home series against the Aussies, had said, “It definitely allows us to play an extra batsman. We’ve to persist with it (playing Rahul in a dual role) as he has done well. We have to see whether it works, you cannot chop and change. I do not see why we should change this playing XI.”

This IPL season will offer us an insight into another aspect of Rahul’s game – as a leader. While the Kings did lose their opening game to DC on his watch, they had it in their grasp for the better part of the match and wouldn’t have finished on the losing side had Mayank Agarwal not lost his wicket at a crucial stage.

However, he hardly put a foot wrong in the match against RCB as he batted the Kings to an imposing total and then marshalled his troops well from behind the wickets on way to a facile win.

While winning back his place as a keeper-bat is nothing short of a formidable challenge for Pant, given how Rahul is rolling like a King in limited overs cricket, he will also be in a bare-knuckle fight with Sanju Samson for the second keeper’s slot.

Samson flayed the CSK attack to all parts on way to scintillating 32-ball 74. What’s more, he effected two stumpings and took a brilliant catch to send back Sam Curran to cap a perfect night.

Pant, on the other hand, hasn’t lit up the IPL yet with his strokeplay. A few more such performances from the Kerala lad could see Pant drop further back in the race for the back-up keeper’s slot.

Staying with the Mangalore sensation, however, while he has already aced the all-rounder’s test in the domestic T20 League as well as international cricket, this IPL season could see the emergence of Rahul as a leader.

As for his show with the bigger pair of gloves, one dares say Pant and Samson may have a longer wait than they had imagined to be first choice keeper in limited overs formats.