What'll Max do? LH44 win? Will McLaren continue its stellar show? What about Ferraris? Lots to see at Sochi 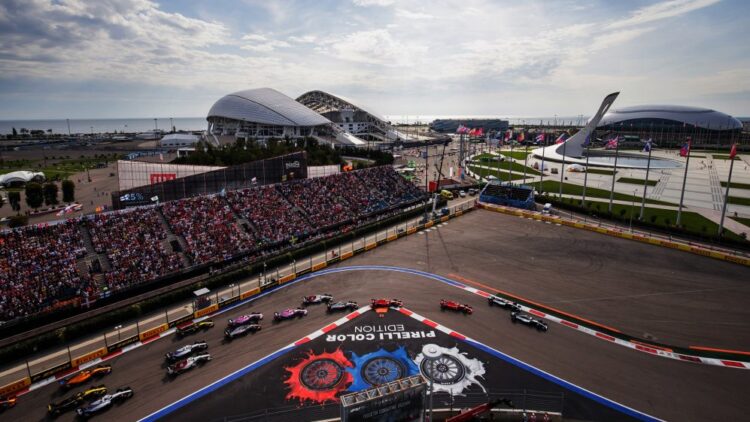 Not the fastest track on the calendar and where fans’ perspective stands, then also not the most wildly exciting venue. Yet, not every dormant volcano can be expected to maintain quiet. It can roar loud. Ditto for Sochi 2021, or who knows?

Round fifteen of the 2021 Formula 1 season takes us to Sochi, away from the balmy sunshine of Monza that produced a massive result though one that few could’ve imagined given the red hot form the usual frontrunners Red Bull and Mercedes have been all throughout.

And while the confidence will be with McLaren, who earned their maiden double podium finish of the season, it’ll be interesting to see whether Mercedes and Red Bull can put in a great performance, as per normal, although this time in Putin-territory?

With the F1 world championship hanging on the knife’s edge, Verstappen and Hamilton separated by the barest of margins, regardless of who wins the forthcoming contest, the result is going to have an impact on the championship.

But that said, what can be expected from the 53-lap contest?

Difficult Weekend For Verstappen Up Ahead = Opportunity For Mercedes

Given Verstappen has been handed a three-place grid penalty, regardless of where he finishes in qualifying for the Russian Grand Prix, Red Bull and their flying Dutchman would be aware that their race has already been compromised.

That being said, let’s not rule out the fascinating talent called Max Verstappen, one punctuated by fiery bouts of temper though none of which came in handy at Monza.

The end result being an embitterment between two teams and unsurprisingly so.

But what Max would quite like to do is to get up as best as he possibly can during the battle for pole on Saturday. And then, from thereon, his race would be about damage-control to see what he ends up with.

Surely, the Russian GP could be as dramatic as any given there’ll be this unhindered desperation with which Verstappen, the championship leader would like to race at Sochi. After all, he’s leading the driver’s battle for now.

Can Lewis Hamilton Win His 5th Race Of The Season?

Lewis Hamilton’s bagged four race wins this season and each of his triumphs, whether one speaks of Bahrain, Portugal or Spain and the most talked-about of them all, the 2021 Silverstone race, have come out of sheer (and on occasions, manic) effort.

It’s honestly not been a smooth ride for the multiple world champion, who’s still embroiled closely in the battle for what could be an eighth world title.

His only trouble, however, is that the great Briton is up against a fiery pretender to the throne.

But Lewis Hamilton, who’s been the undisputed king of Sochi having won the event on no fewer than four occasions, would be keen to get to the top step of the podium.

His last win in the land of the feared KGB came in 2019 and this time around, he’ll have to bear in mind the fearsome competition he’s going to have to defy in order to take his fifth win of the season. And that’ll not only be Verstappen, who anyways have a disadvantage for the race, but Valtteri Bottas, who’s won the event on two occasions in the past, including the 2020 contest.

Bottas Will Target A Third Win In Russia

Valtteri Bottas, who began his 2020 F1 season with a roaring win at Austria, has hardly seemed the force he’s so capable of being. With three race retirements already this year, Bottas, who’s racing in his final season for Mercedes, would quite like to push at Sochi.

That’s also because of the fact that the Finn has always enjoyed an excellent run at the venue, claiming two wins, one each in 2017 and then, 2020.

Moreover, now that Valtteri Bottas knows well that his time is coming to an end with a fascinating team besides being a mighty one, he’d have the added confidence of knowing the venue quite well, having demonstrated great resilience where it’s often been about Mercedes’ absolute dominance ever since the start of the turbo-hybrid era of the sport.

Ferrari Looking For Their First Podium Since British GP

Honestly, if 2020 was about misery for Ferrari, then the Prancing Horse’s 2021 run has been about visible and marked improvement.

This is evident from the three podiums the Italian stable has been able to bag from fourteen events, which is too low for given the powerhouse the team is, but nonetheless, points to some positive step in the right direction, for starters.

But then, to underestimate a team with a Leclerc-like talent and a massive-would-be star that Sainz, given his race craft and tenacity, has already proven himself to be, it would be a fool’s errand to sideline Ferrari.

While a race-win may not seem like a possibility, you still cannot- and shouldn’t- take things for granted in Formula 1.

Any positive result for Ferrari, such as, at least, either of its two drivers making it to the podium, would augur well for the team’s confidence heading into the remainder of the season.

And Leclerc would remember his podium finish in 2019, where he beat Verstappen, who was then on P4, by a margin of over 9 seconds in claiming a well-fought third.