We look back at the most talked-about Womens Final. It was not completely a delightful match but brought to spotlight the many faces of tennis 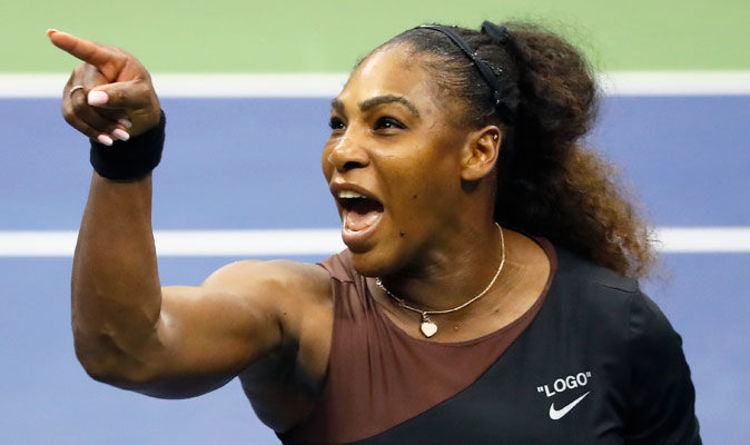 Amid coronavirus pandemic, we look back at the Stellar 2018 US Open Women’s Singles Final between Naomi Osaka and Serena Williams. When all the tennis action and players have been quarantined, we relive one such match that has been etched in the memories of both the players and the spectators.

The match resurfaced in the newspapers the last week. For those with an opinion that the women’s’ matches are “supposedly” not as intense as their male counterparts’. Better read ahead!

Naomi Osaka was playing her first grand slam final and was up against her idol, Serena Williams, who was a step away from her 24th Slam title. In a sense, both were on the verge creating history.

A run to remember. All of @naomiosaka’s match points from her road to the 2018 ?

Osaka in the lead In The First Set

Osaka won the first set 6-2 and the 23-time grand slam champion seemed to struggle. Serena saved no breakpoints and went on to make 15 unforced errors in the set. She managed to hit 8 winners 5 on her forehand and 1 on her backhand, but her aggressive gameplay did not help her win against the consistent Osaka. On the other hand Osaka made Serena sweat and gave only 7 free points.

A Frustrated Serena Williams In The Second Set

For the G.O.A.T a lot was at stake. A fully packed Arthur Ashe stadium, her comeback victory on the line, a night session in front of her home crowd. She was thinking like a champion and managed hard to make a comeback in the second set.

She was 1-0 up when the umpire, Carlos Ramos called her out for coaching. As per the rules of Grand Slam, no coaching is allowed during the match. The umpire claimed to have seen Serena’s coach Patrick Mouratoglou making explained gestures about her game play. Acting like an idol of “feminism” she came up to the umpire and said, “I would not do something like that, I’d rather lose”.

While her home crowd cheered her on, she went on to get a lead of 3-1 again. But after failing to hold her serve at 3-2, she threw her racket, which made the umpire penalize her for the second time. The penalty meant she had to forego a point to her opponent who was trailing behind.

At the change over she displayed her utter disagreement again over the first violation on coaching, she said “You owe me an apology. I’ve never cheated in my life. I have a daughter and I stand by what is right”. After failing to maintain her game and going down 3-4 she went on again saying, “you are a thief..you’ll never be at another match of mine.. you stole my point.” It seems according to Carlos these allegations were enough to give another penalty, third for Serena, thus game penalty.

Serena decided to call in the tournament directors. What followed was a long debate but the decision was unturned. Serena said, “There are men out here that do a lot worse, but because I’m a woman because I’m a woman, you’re going to take this away from me? That is not right,”

Serena Williams held for 4-5, then approached the supervisor Donna Kelso again, protesting that she was being treated in a “not fair” way. She then sat down on her chair and fought back tears.

Amidst all of this, Osaka prepared to serve for her first Grand Slam title. After that, Osaka won 4-6, against a mentally exhausted Serena.

The Tussle Between Serena and Umpire Continued

Upon defeat, Williams embraced Osaka but refused to shake Ramos’ hand as per game etiquette instead , pointed at him and reasserting, “You owe me an apology.” As Ramos left the court, the crowd booed; and the booing continued while Osaka was given the trophy.

Keeping her disappointment at the unfair conduct that night, Serena was a real sportsperson. She asked the crowd to applaud Osaka instead.

At the press the conference, she pointed out at the sexism. She gave an example of Alize Cornet who was given a violation for changing her shirt on the court. While men do it all the time, women have to walk all the way to the changing room for it.

Serena Williams Coached Or Not Coached

Now, here are some facts. Yes, Patrick accepted that he coached Serena saying, “Yes, I coached I did make a coaching signal,” he said.

As Patrick made the point that it was practice and neither he nor Serena Williams did anything that was not customary. It was precisely the reason Serena felt attacked and that she was being treated differently.

Carlos Ramos has himself been surrounded by a lot of controversies and criticism regarding his umpiring. He has had riffs with Venus Williams, Andy Roddick and the gentleman himself, Roger Federer. So it is not as if he was being questioned the first time or that he was always fair with his umpiring standards.

It is apparent that women are considered inferior to men. They had a long fight for equal pay too.

In this case, the second and third violation could have easily been delayed or could have been a warning instead. At a final, such decisions do matter.

Ultimately, for standing up for herself and fighting, Serena lost the match. But she did garner the respect of all the feminists across the world, working hard to make the world a more equal place.

On the other hand, the privileged misogynists still think that Serena is too “loud”, “manly” or “old” to be competing! But she is a player who has taken women tennis to a different level, where every little girl who picks up the racket wishes to be a strong, as bold and as successful as Serena.

The tennis world came forward and supported Serena. While her dear friend and former playing partner Andy Roddick tweeted that he had done worse and gotten away. Other female players such as Victoria Azarenka also defended Serena.

Billie Jean King who can be called the pioneer of feminism in tennis was very clear in her support to Serena. She tweeted, “When a woman is emotional, she’s ‘hysterical’ and she’s penalised for it. When a man does the same, he’s ‘outspoken’ and there are no repercussions. Thank you, Serena Williams, for calling out this double standard. More voices are needed to do the same.”

However, at an interview by Christiane Amanpour three days later, King softened her criticism of the perceived double standard, admitting that Ramos did the right thing and could not apologies as Williams demanded in the situation, and placing some responsibility on Williams.