Don Revie remains the gold standard of managers at Leeds United but he has remained a complicated figure outside Leeds. 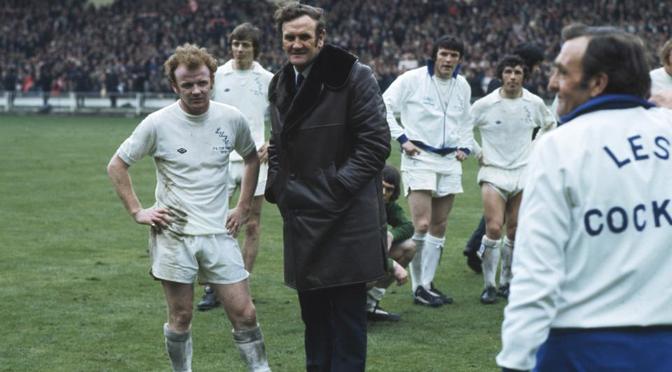 Don Revie left his post as Leeds United manager’s post 46 summers back but he has remained the gold standard for anyone who sits on the hot seat at Elland Road, even today.

Marcelo Bielsa has a street named after him in Leeds but the gravity of his achievement at Elland Road over the last two years is only realised when the Whites fans compare him with Don Revie. It is the ultimate honour for any Leeds United manager.

But outside Leeds, Revie has become the forgotten man of English football. When people talk about the greatest British managers, names such as Sir Matt Busby, Bill Shankly, Bob Paisley, Sir Alex Ferguson and even Revie’s greatest rival, Brian Clough’s name crops up but rarely anyone mentions Leeds’ greatest ever manager.

The way he left the England job and moved to the middle-east made him a bit of a pariah in his homeland. Revie has left a complicated legacy behind him but at Leeds, he remains the godfather of football managers. Don Revie is revered at Elland Road and for very good reasons.

The journey from Leicester City to Leeds United

Born in 1927 in Middlesbrough, Don Revie enjoyed a successful playing career and scored four goals in six appearances for England as well.

A forward in trade, Revie started his career at Leicester City before having a spell at Hull City. However, he had his greatest days as a player at Manchester City where he spent five years.

On the pitch, Revie made up for his lack of natural talent or ability with a tireless work ethic and an insatiable desire to learn from the better players surrounding him.

He was not aggressive or confrontational in nature but using his intelligence to out-wit opponents. It wasn’t a surprise as it is one of the traits Revie’s team were known for in the later years.

Revie eventually left Manchester City for Sunderland in 1956 but the move that changed his career came two years later when he joined Leeds United.

The previous season Leeds narrowly escaped relegation but it was only a stay of execution as 12 months later they were in the old Second Division. Following Jack Taylor’s resignation in 1961, Leeds made the surprising move of appointing Don Revie as the player-manager.

The managerial legend of Don Revie

There were serious reservations about his appointment at Leeds United and amongst his fanbase but little did anyone know what was to come for the Yorkshire giants.

Don Revie went on an extensive root-and-branch review of the club and carried out massive changes behind the scenes according to his vision for Leeds.

Leeds were a city obsessed about cricket and rugby and Revie was hell-bent on making Elland Road as one of the top European footballing destinations.

Arsene Wenger is credited for bringing in revolutionary playing conditioning methods, which involved strict dietary restrictions for players, when he joined Arsenal in 1996. More than three decades back, Revie was carrying out a similar revolution at Elland Road as well.

He also ensured that his players stayed at the best hotels and even changed the club’s kit from the traditional blue and yellow to an all-white strip in the style of European giants Real Madrid.

Revie was also aware of what was going on around the football world and borrowed from the likes of Matt Busby to revolutionise the youth set-up at Leeds United. He put a firm emphasis on developing young talent from within the club and ruthlessly go rid of players who were considered surplus to requirement or didn’t align with his vision.

Leeds United also significantly spent on their academy and a few years later, it paid dividends with notable graduates such as Eddie Gray, Norman Hunter, Peter Lorimer and Paul Reaney – all of whom went on to become Leeds United legends.

However, the turnaround on the pitch was not sudden or noticeable early on. Leeds finished 19th in Division Two as attendances at Elland Road dropped to the lowest levels since the club were inducted into the Football League. Apart from Jack Charlton and Billy Bremner, his squad mostly consisted of players who were past their sell-by date.

Don Revie hung-up his playing boots and concentrated all his efforts to the managerial side of his job at the start of the 1962/63 season. It turned out to be a great decision as Leeds finished fifth and won the Second Division a year later to get promoted.

Billy Bremner became his lieutenant and captain on the pitch and the midfielder would go on to be the catalyst for Leeds’ success in the coming years.

With the formidable defensive pairing of Jack Charlton and Norman Hunter, along with Bremner in the middle of the park, and a front line of Eddie Gray and Peter Lorimer, Leeds United had been transformed.

They took the top flight by storm, finishing second to Manchester United and losing the FA Cup final against Liverpool in what would have been the most incredible of doubles.

Between 1965 and 1968, Leeds reached the FA Cup semifinals twice, won the League Cup, and won the Inter-Cities Fairs Cup, as well as securing four consecutive fourth-place finishes including being runners-up twice – an incredible achievement considering where they had been when Revie took charge of the club.

The progress meant that it was only a matter of time before Leeds were crowned champions of England and it came in 1969, thanks to a brilliant defence, a solid midfield and a ruthless front line; not to mention a fair amount of brinkmanship and brute force, which earned them the ‘Dirty Leeds’ moniker.

The 67 points they clocked-up that season was a Division One record until 1979 and just two defeats in the league all season was a new low in a season that consisted of 42 games.

Leeds secured the title at Anfield in front of their 10,000-strong travelling support and also received a standing ovation from the Kop who just saw their Liverpool side pipped to the title.

However, they failed to consolidate their position at the top and go on a run of dominance and it was a series of painful near-misses that followed as they finished runners-up three years in a row, often when it seemed that it was easier to win the title.

But in 1974, Leeds United were crowned champions again, finishing five points ahead of Bill Shankly’s Liverpool and confirmed Revie’s greatness as manager. It was also a watershed moment for Leeds and their manager as their critics finally conceded that there was more to Leeds than just their ‘Dirty Leeds’ image.

However, the title turned out to be Revie’s swansong at Leeds and when England came calling, he left the Whites to become the Three Lions manager, replacing Alf Ramsey who failed to take England to the 1974 World Cup.

Like all great dynasties, many of the team that brought so much success to Leeds were fast becoming a spent force. The likes of Bremner, Lorimar, Jack Charlton and Eddie Gray were past their best and the squad were need of an overhaul. Revie was well-aware of it and didn’t think twice before taking up the England job.

He was the standout candidate for the job but his appointment divided the England supporters as many wanted Brian Clough over the more reserved Revie; not the first time the two men would polarise opinion.

In somewhat of a surprising decision, Leeds United appointed Clough as the manager. Clough was an outspoken critic of Leeds and Revie’s style and it was no surprise that his spectacular failure as Whites manager led to a book and feature film.

At Elland Road, he had complete control but it was impossible in the England job, which was confined bureaucracy and he had constant battles with FA chairman Sir Harold Thompson.

England failed to reach either the 1976 European Championship or the 1978 World Cup led to Revie tendering his resignation, which the FA declined to accept. He went to the press with his desire to leave and earned a significant payout from the Daily Mail for an exclusive interview. He told the daily tabloid:

“I sat down with my wife, Elsie, one night and we agreed that the England job was no longer worth the aggravation.

“It was bringing too much heartache to those nearest to us. Nearly everyone in the country wants me out. So, I am giving them what they want. I know people will accuse me of running away, and it does sicken me that I cannot finish the job by taking England to the World Cup finals in Argentina next year, but the situation has become impossible.”

The FA had little choice but to sack him. However, his reputation in England hit a new low when he accepted an offer to become the UAE manager. The deal saw him earn £340,000 on a four-year contract. The move damaged his reputation in his homeland and the FA wasted no time in suspending Revie from football for a decade.

He left his role at UAE in 1980 and spent a number of years managing domestic sides in the Arabian Gulf League and the Egyptian Premier League and eventually returned to England in 1984.

But three years later he was diagnosed with motor neuron disease and it was made public in August 1987. Don Revie made his final appearance in front of the cameras in May 1988 at Elland Road at a charity football match arranged to raise money for the research into the disease. He looked a shadow of the man how prowled Elland Road during his peak.

The man who hated losing was finally defeated in his ultimate battle on 26th May, 1989, and on the same day Michael Thomas’ last-ditch goal at Anfield won the Arsenal the league title, just as his Leeds side did 20 years back.

As they say, football is for the romantics.