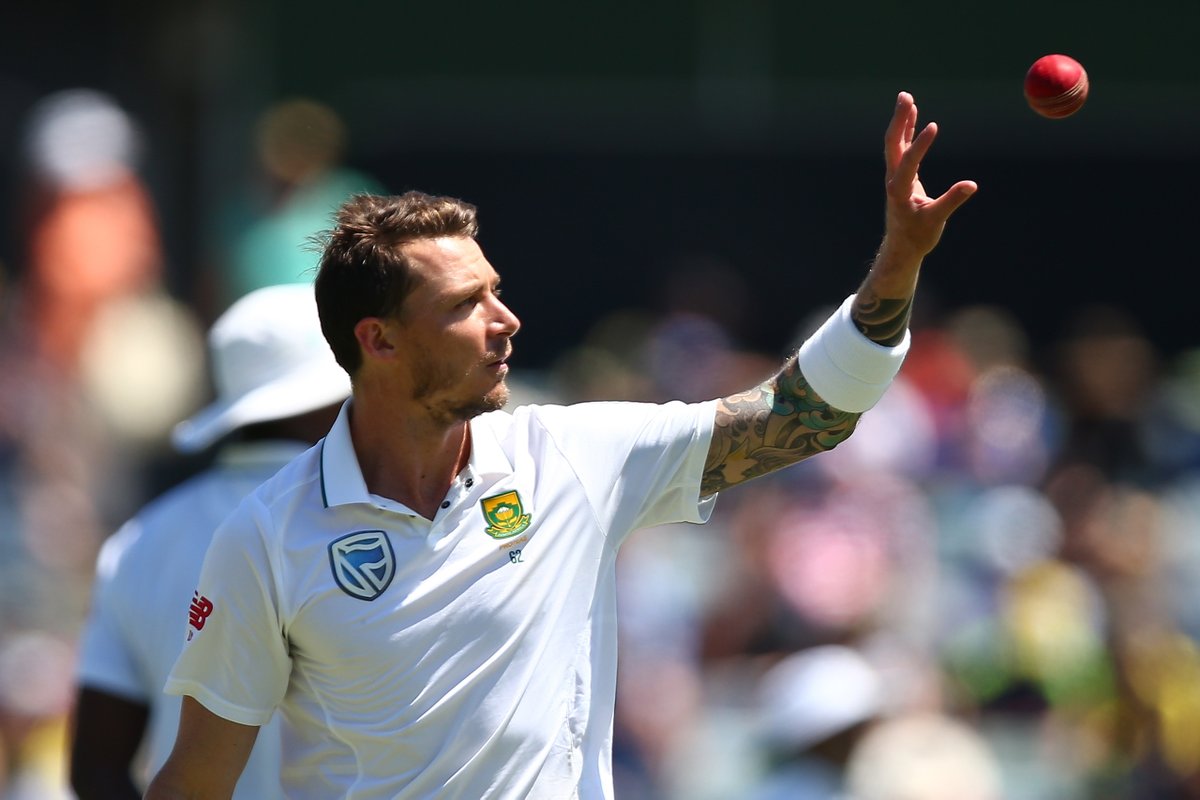 South Africa’s veteran fast bowler Dale Steyn is weaving his magic in a pretty late stage of a cricketer’s career. The right-arm fast bowler recently opined that he feels young and the mentality is that he is starting all over again. For a legend like him, this phase in his career is quite a revelation. Imagine what would have happened if Steyn wouldn’t have missed 28 odd Tests with injuries in his career.

Yet, after all the struggles and mental difficulties, Steyn has worked his way back atop. It’s been a miracle of sorts for the veteran, who once again picked up six (or more) wickets in a match for the 38th time in his illustrious Test career. South Africa may have gone down to Sri Lanka by one-wicket at the Kingsmead in Durban, but they can draw several positives from the Test match.

Surely, Steyn’s efforts will give them the cushion going into a vital phase next ahead of the ICC World Cup 2019. In the first Test against Lanka, it was a great unbeaten 153 by Kusal Perera that worked like a miracle for the visitors as they clinched a narrow one-wicket win. Steyn, on the other hand, achieved a big milestone in his career.

Here we look at Steyn and the massive influence he has had for Proteas along with more to come from him.

Steyn has always been SA’s spearhead

At the rate at which he is going, one can back Steyn to achieve newer feats in coming time. Everyone, who loves cricket, will want the fast bowler to be injury free and have a real crack at whatever he sets out to do. One that includes the Cricket World Cup 2019. Steyn is Proteas’ main weapon as far the mega event is concerned and given that it was a dream for him to play this tourney after all the injury cloud, it means a lot for everyone associated.

The 35-year-old has always been the spearhead of the South African pace attack for the most part of his illustrious career. He was at the peak of his bowling prowess between 2007 and 2016 where he aggregated 385 wickets in just 76 Tests (second only to Anderson who picked 424 wickets but in 107 Tests).

It’s also not surprising that South Africa have had the best win-loss ratio (2.238) and winning percentage (52.22 %) in the world in this period. Such was Steyn’s impact. What always made Steyn different from the rest was his ability to excel in all conditions. Often in the sub-continent, we have had fast bowlers from SENA countries struggling to make amends. But not Steyn!

Steyn’s record in the sub-continent stands out. He has gone on to pick 92 wickets in just 22 matches at an average of 24.11 and strike rate of 42.9. This is sheer brilliance.

Injuries took a toll, but Steyn is back to his best

Ironically, before a groin strain ruled him out of action midway through a Test in India last year, Steyn had been remarkably durable for a fast bowler, playing in 48 consecutive Tests from December 2009 to November 2015, during which he took 232 wickets at an average of 21.72 and dominated the International Cricket Council Test rankings for bowlers. He spent a record 263 weeks in the top spot.

Steyn took his 400th Test wicket in his 80th Test in July 2015 – the second-fastest in the world to reach the milestone – and it seemed Shaun Pollock’s record was about to fall. But four serious injuries delayed what had seemed imminently inevitable.

The groin injury in India was followed by a shoulder injury during the first Test against England in December 2015 and, after a brief comeback, a more serious shoulder injury against Australia in November 2016 which caused him to miss 15 Tests. Just when it seemed he had made a full recovery, he suffered a freak heel injury in the first Test against India in January this year, which caused him to miss the remaining Tests against India and a series against Australia.

Steyn is back. He is consistently clocking above 140 km per hour and looks as fit and menacing as ever. His numbers already put him in the pantheon of all-time great fast bowlers in Test history. He played a massive role as South Africa thrashed Pakistan at home. And the recent show against Sri Lanka just topped it up.

South Africa can count on Dale Steyn, Kagiso Rabada and Lungi Ngidi to play a part in the ICC Men’s Cricket World Cup 2019, and one can expect the side to come out all guns blazing. The conditions in England and Wales will suit the variations for Proteas bowlers. The challenge will be mighty though, South Africa open their campaign against favorites India on June 2. Steyn & Co. will look to be right on the money.

“I will be trying to get to that World Cup (in England). But after the World Cup, I don’t see myself playing white ball cricket for South Africa. By the time the next World Cup comes, I will be 40,” Steyn had earlier said to The Times of India.

The comment suggests that Steyn will be motivated to give his all. It can be the fitting way to end the white-ball career and give everything he will have in his stock. From 124 ODI matches, the fast bowler has taken 195 scalps. He will be seen next in the ODIs against Sri Lanka. Another milestone awaits the bowler, who is just five wickets away from reaching the mark of 200.

The main idea will be to have a fresh Steyn going all guns. He needs to be monitored by the team management. One can expect the paceman to build on the form he has been in. Continuity is key here for the legend. Come India, and Steyn will be up against the likes of Shikhar Dhawan and Rohit Sharma. It is a battle made in heaven.