A look at Luis Suarez's three most memorable moments in a Barcelona shirt. 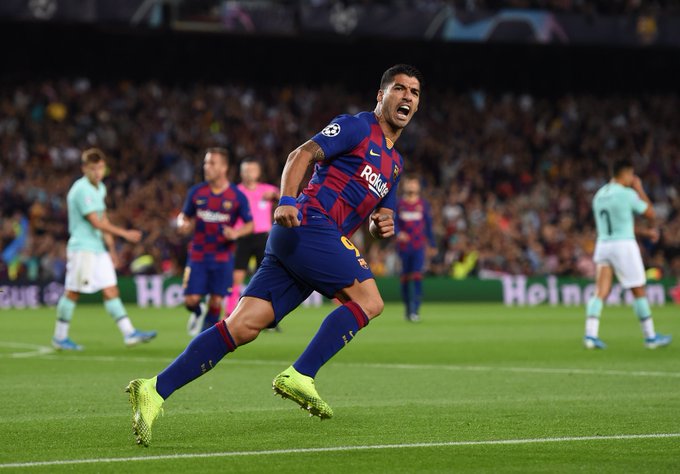 We have seen the last of Luis Suarez in a Barcelona shirt.(Image Credits: Twitter)

After enduring one of their worst campaigns in 2013/14, La Liga giants, FC Barcelona, went all out in search of a capable number 9.

After months of speculation and rounds of negotiations, they confirmed the signing of Liverpool forward, Luis Suarez, in the summer of 2014.

The Uruguay international had enjoyed a stellar Premier League campaign on a personal level. However, Liverpool’s second-place finish in the English top-flight, that, too, on the final matchday was a heartbreaking affair for the centre-forward.

Liverpool understood that Suarez had made up his mind and asked Barcelona for €80 million. That sum was pretty ludicrous at the time, but the Blaugrana were desperate to bounce back strong.

Over the last six years, between 2014 and 2020, Luis Suarez shattered numerous records, went toe to toe with Cristiano Ronaldo and Lionel Messi for the Pichichi trophy.

He emerged as the third-leading goalscorer in the history of Barcelona — behind Lionel Messi and Cesar — and bagged 13 major trophies along the way.

Now, the 33-year-old is looking for a new home, away from the Catalonian capital of Barcelona. Atletico Madrid appear to be the front runners at this point, but the ink is far from dry.

We’re not sure where Luis Suarez will play next season, but we can certainly take a stroll down the memory lane and cherish three of Suarez’s most memorable moments and matches in the famous red-and-blue.

Luis Suarez, who cemented his place as one of the best forwards to play for Barcelona, never looked back after hitting the back of the net against APOEL in a Champions League group stage fixture in 2014.

In the next six years, he went past some iconic Barcelona forwards in the goalscorers list and broke into the top-three with a total of 198 goals.

In his Blaugrana career, Suarez managed to hit four goals on two occasions. Surprisingly, those two feats came in two successive matchdays in the 2015/16 campaign, against Deportivo and Sporting Gijon.

Yet, it was Deportivo who had to face the full wrath of Suarez’s goalscoring and creativity. Not only did he score twice on either half to attain four goals for the first time in La Liga, but he also managed to set up Ivan Rakitic, Lionel Messi, and Neymar for three more Barcelona goals.

The celebration ended in a 8-0 win for Barcelona.

El Clasico is without a doubt the most celebrated sporting event in Spain. Two contrasting ideologies going head to head in the two most iconic stadiums in the country — no other contest comes close.

Every Real Madrid or Barcelona player dreams of playing a crucial role in at least one of the Clasicos. Luis Suarez, surprisingly, managed to outperform both Cristiano Ronaldo and Lionel Messi during his six-year stay in Catalonia.

He scored a whopping 11 goals against Los Blancos, five of them coming at the Santiago Bernabeu itself.

His best performance against Barcelona’s archrivals came in the 2018/19 La Liga campaign when he single-handedly tore apart Real Madrid’s defence and title ambitions.

Luis Suarez scored once in the first half to put Barcelona 2-0 up, but Marcelo’s strike gave Real Madrid a fighting chance once again.

The Uruguayan then took matters into his own hands by scoring two more in the second half and sealing the eventual 5-1 win for the hosts.

Statistically speaking, this performance is bound to fall short in front of the last two we reminisced. However, this strike against Serie A in the 2014/15 Champions League final holders may very well be the most memorable goal of Luis Suarez’s entire career.

After Alvaro Morata’s equaliser in the 55th minute, Barcelona needed some inspiration to dampen Juventus’ spirit.

And Suarez, who had already scored six goals in the tournament, stepped up the plate like clockwork. His immaculate off the ball movement landed him in a favourable position, and the forward was never going to miss from that range.

The gentle tap in allowed Barcelona to take the lead and eventually win the game 3-1. Barcelona secured their second treble on the night, and new signing, Suarez, played an undeniable role.