Reliving The Best T20Is Between India And Bangladesh

The Indian cricket team is set to play against neighbors Bangladesh in a three-match T20I series at home starting, November 3 in Delhi. Interestingly, this is the first time Bangladesh has been invited for a full-fledged tour to India since earning its Test status in the early 2000s.


Notably, India and Bangladesh have played eight T20Is between them. And the Men in Blue have a 100% record after having gone on to win all the eight games. This is a staggering feat achieved by the Indian cricket team. Earlier, they met thrice in the 2018 Nidahas Trophy tri-series and India were on top including a thrilling finale.

Ahead of this three-match T20I series, we relive the three best T20I matches between India and Bangladesh.

2016 World T20: India down Bangladesh in a thriller 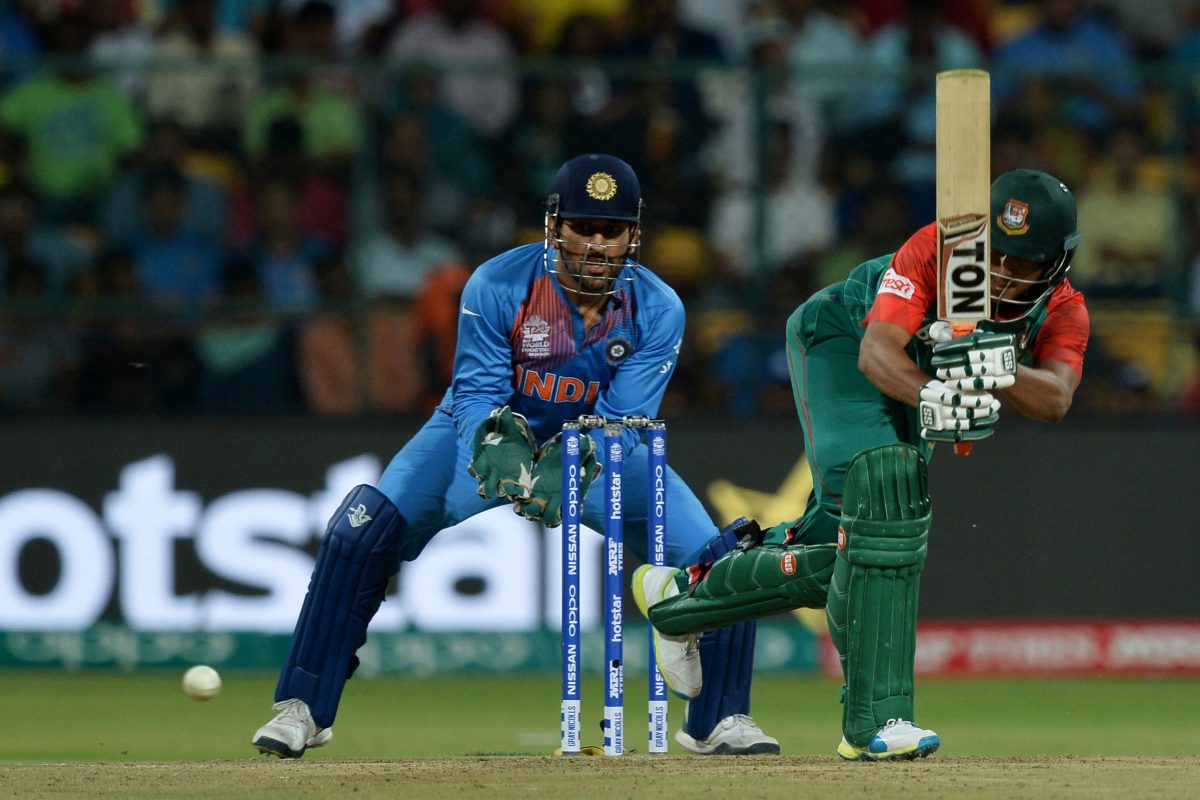 The two Asian sides were in action during the 2016 World T20 in Bengaluru. It was a crucial Super 1o Group 2 game at the Chinnaswamy. Batting first, Team India went on to get a respectable 146/7 in 20 overs. Many Indian batsmen got the starts but they could not go on to convert them into a productive one.

In reply, Bangladesh lost Mohammad Mithun (1) early. However, Tamim Iqbal and Sabbir Rahman were going strong and helped Bangladesh reach 55/1 in 7.3 overs. The next delivery saw Iqbal get sent back to the hut with Ravindra Jadeja accounting for his wicket.

That helped India tighten the screws and Bangladesh were reeling at 95/5 and then 126/6. Bangladesh kept pushing and Mahmudullah alongside Mushfiqur Rahim were at the crease. The Tigers smacked two boundaries off Hardik Pandya in the final over.

They needed two runs off the last three deliveries and things looked settled. However, Team India claimed three successive wickets next and did the unthinkable.

2018 Nidahas Trophy final was a classic on offer 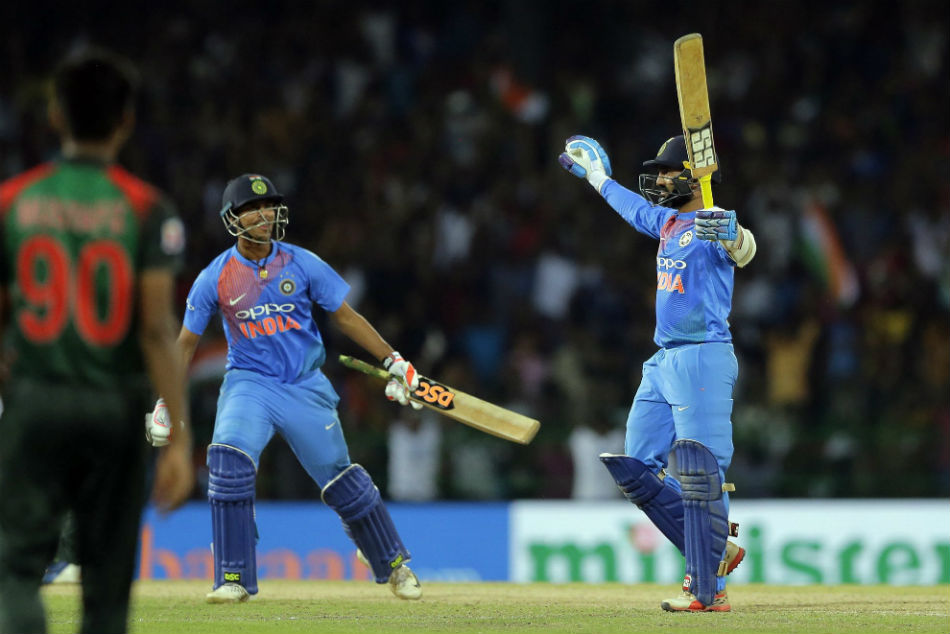 This will be regarded as one of the best T20I matches for a long time. The Nidahas Trophy saw India, Bangladesh, and Sri Lanka play a tri-series. Team India and Bangladesh made it to the final. In the summit clash, Bangladesh rode on a sublime 77 by Sabbir Rahman to post a mouth-watering 166/8.

For the Indian cricket team, spinner Yuzvendra Chahal (3/18) was excellent. He was the decisive factor in getting those crucial wickets. In reply, Rohit Sharma-led India was in a spot of bother at 133/5 after 18 overs. The Bangladeshis thought they had things under control and keep their opponents at bay.

However, veteran Dinesh Karthik (29*) had other plans. He smashed two fours and three sixes to stun Bangladesh. Interestingly, the Men in Blue needed five off one ball and DK smashed a last-ball six to give India a memory they will cherish forever.

The two sides clashed against each other for the first time in a T20I back in the 2009 World Cup T20 at Nottingham in England. Batting first, MS Dhoni-led Team India managed 180/5 at Nottingham.

Left-handed opening batsman Gautam Gambhir (50) was the top run-scorer. He was well supported by the likes of Yuvraj Singh (41) and Rohit Sharma (36). It was a target India could feel safe with and lay a platform to attack.

In reply, one needed to see a strong response from the Bangladesh cricket team. They were cruising at 55/1 and wanted to put up a stiff fight. Junaid Siddique (41) played a lone hand as the rest of the Bangladeshi outfit failed to stamp any sort of authority.

Left-arm spinner Pragyan Ojha (4/21) dashed the hopes of Bangladeshis to give India a strong and decisive victory. The Indian cricket team won the match by 25 runs.

Previous articleWhy David Warner Is The Best In White-ball Cricket In The Modern Era?
Next article5 Talking Points From The 2019 US Grand Prix