Jose Mourinho will be hopeful of showing tangible improvements from his Tottenham side after a full pre-season and making a few additions in the summer. 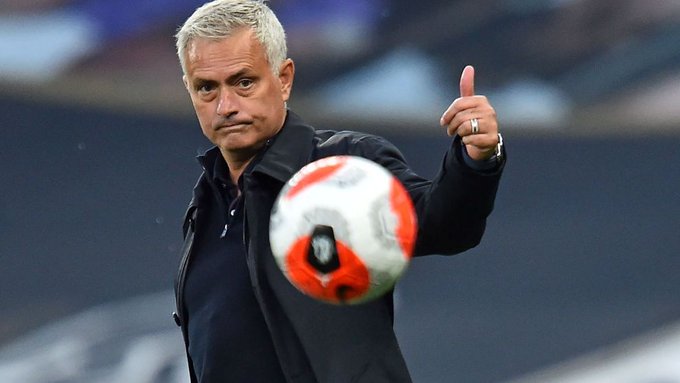 Jose Mourinho often said that he could not wait for last season to get over. Tottenham Hotspur were besotted by injury problems but the Portuguese was in charge of an unbalanced and underinvested squad since he took charge of Spurs from Mauricio Pochettino in November.

The Tottenham manager wanted a full pre-season and a few signings and insisted that any meaningful judgment of his reign at the club could be reached at the end of a complete season.

He got his wish and there is a feeling that their home game against Everton on Sunday is the real beginning of the Jose Mourinho era at Tottenham.

The north London club finished sixth last season and Mourinho’s reaction to qualifying for the Europa League on the final day showed how much playing in Europe means to him personally.

While Tottenham would like to be back in the Champions League, the Spurs boss insisted that the second-tier European competition is important for the development of his team. Mourinho won the Europa League in his first season as Manchester United manager.

But the Premier League remains Spurs’ bread and butter and they are facing an uphill task of breaking into the top four again, especially with sides around them spending more money than they can afford to in the transfer window.

Champions League qualification is important for Tottenham’s balance sheet and Jose Mourinho is aware that he is never likely to spend big if he doesn’t manage to take his team back into the top four soon enough.

His experience in the Premier League means he will slot straight into the starting eleven without needing a period of acclimatization.

Matt Doherty – Jose Mourinho wanted a more solid right-back than Serge Aurier to shore up Tottenham’s defence and signing Matt Doherty from Wolves could be one of the smartest buys of the transfer window.

The 28-year-old Irishman is a solid and physical defender and has the ability to contribute to attacks as well and like Hojbjerg, he is Premier League-proven as well.

Joe Hart – Michel Vorm’s departure meant Tottenham needed a new third-choice goalkeeper and Mourinho opted for the experience of Joe Hart on a free transfer. With Hugo Lloris and Paulo Gazzaniga ahead of him, the former England number one is not likely to play much but Mourinho is counting on him to add title-winning experience to the Spurs squad.

Tottenham are still in the market for a striker who could act as a solid back up to Harry Kane. They were interested in Ollie Watkins but were outgunned by Aston Villa who paid a club-record fee to sign the forward from Brentford.

The north London club are also in the market for a left-back and another central midfield addition. But Mourinho is waiting to shift out a few players before making more additions to the squad.

Michel Vorm – The Dutch goalkeeper left Tottenham for the second time at the end of last season when his contract expired. He played just once in the FA Cup in the 2019/20 campaign.

Jan Vertonghen – The Belgian defender ended his eight-year stay at Tottenham when his contract expired at the end of last season. Jan Vertonghen featured 315 times for Spurs but ultimately left the club on a free transfer. He moved to Portugal with Benfica on a three-year contract.

Oliver Skipp – Jose Mourinho claimed at the end of last season that Oliver Skipp wanted a loan move in order to play regular football and his wish was granted. The 19-year-old defensive midfielder has joined Championship side, Norwich, for the 2020/21 season.

Kyle Walker-Peters – The 23-year-old right-back spent the second half of last season at Southampton and the Saints signed him on a permanent transfer this summer for a fee of around £12m.

Tottenham are willing to listen to offers for Serge Aurier who Jose Mourinho is prepared to sell in order to raise funds. There are rumours around Tanguy Ndombele’s future as well and he is clearly not a player the Spurs boss is a big fan of.

But Daniel Levy does not want to give up on the midfielder just a year after spending a club-record fee to sign him from Lyon.

Argentinian defender Juan Foyth is also expected to leave the club as he doesn’t want to spend another season not playing regular football.

Tottenham’s defence did look more solid and organised towards the end of last season. Matt Doherty will shore up the right-back position and Jose Mourinho will hope that he gets a fit Ben Davies for the full season.

If the Spurs boss can settle on a regular partner for Toby Alderweireld at the heart of Tottenham defence, they should have a solid back-four to build upon next season.

Mourinho’s sides are expected to be defensively solid and organised and the addition of Pierre-Emile Hojbjerg should provide more protection to the back-four. Their strength may lie in being a typical Jose Mourinho side next season as they are still too heavily dependent on Harry Kane getting the goals for them.

Tottenham do not have any depth in their attacking resources, especially in the centre-forward position. Harry Kane’s hamstring injury last season exposed the paucity of options upfront and with Heung-Min Son also getting injured, Mourinho’s lack of depth in the striker department was visible.

He was forced to play Lucas Moura and Steven Bergwijn upfront in some of the games.

Spurs are yet to sign a striker who can act as an adequate back-up to Kane and for the moment they are again depending on their captain’s body holding up for the full season. The bad news is that Kane has become more injury-prone in the last couple of years.

It might sound like a broken record but Tottenham will depend heavily on Harry Kane again next season. The enforced break last season helped Spurs to get their captain back on the pitch for the last few games of the campaign.

He scored seven in nine after the Covid-19 shutdown, having recovered from the hamstring problem, which at one stage seemed capable of wrecking the whole season and the summer. Tottenham will need Harry Kane to fire on all cylinders and stay fit for the whole season if they wish to break into the top four next season.