Four-time Slam champion survives gruelling five-setter against Yoshihito Nishioka of Japan, Serena through to the second round. 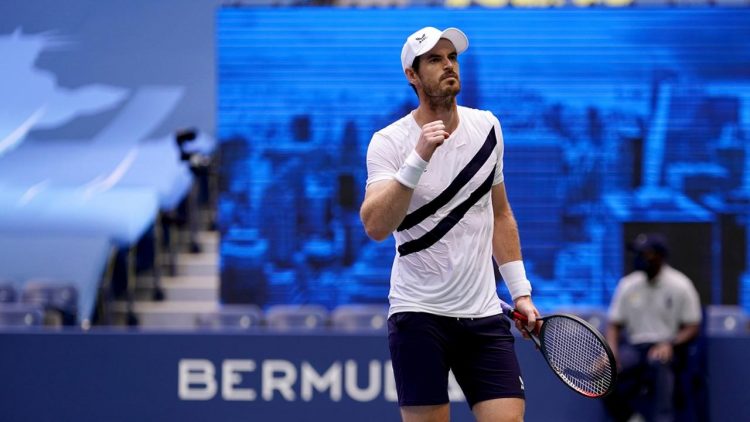 Day 2 at the Flushing Meadows saw several of the tournament’s top draws in action but the one game which remained the talking point through the day was the first round encounter featuring three-time Grand Slam champion Andy Murray and Japanese 49th-seed Yoshihito Nishioka.

The 33-year-old Scot is on a mission to resurrect a career blighted by injuries.

The first-round fixture against the tenacious Japanese was billed as a tricky encounter and a test to reaffirm that the Scot is still capable of pulling his weight among the modern-day tennis stars. It did look like Murray wasn’t up for the test when he dropped the first two sets rather tamely.

However, when all seemed lost, the Scot dug deep and showed his trademark doggedness and determination to eventually come through in a gruelling five-setter.

Sharing his thoughts on the draining encounter, the 33-year-old said, “It was pretty emotional straight after the match finished. When I got back to the locker room, I looked at my phone to see the messages from my family and friends, the team.

They’re the people that have seen me go through everything, been there, seen the tough times. I don’t know how many of us actually believed I’d be back kind of winning matches like that.”

Reflecting on the match, the six-time US Open champion said, “I’m always overly passionate. I love being passionate. It’s what I’m best at.”

The veteran will be up against Margarita Gasparyan of Russia in Round 2.

Playing right after her younger sister finished off her engagement, Venus Williams took on 20th-seed Karolina Muchova. However, she couldn’t progress to the second round as she lost in straight sets to the Czech. Speaking courtside after her 3-6, 5-7 defeat, Venus said she is still driven and motivated enough to compete at this level.

“I love this game. I’m good at what I do. It’s easy to stay motivated and excited about doing something so amazing. Not many people get to do this. I’m really fortunate and blessed to be someone who has gotten a chance to do it,”

Alongside the big names, there was an Indian who hogged his share of the spotlight on Day 2. 23-year-old Harayana lad Sumit Nagal became the first Indian in seven years to progress to the second round of US Open. The last to achieve the feat was Somdev Devvarman.

Nagal, who took a set off a certain Roger Federer the last time he set foot at the Flushing Meadows, beat American Bradley Klahn 6-1, 6-3, 3-6, 6-1. Clearly chuffed about his opening round win, Nagal tweeted, “My first Slam win. It was definitely a special moment and a match I will not forget. Thank you everyone for the wishes. Next match on Thursday, gonna be a fun one.”

He will face a tough opponent in World No. 3 Dominic Thiem in Round 2. The Austrian progressed to the next round after his opponent, Spaniard Jaume Munar suffered a knee injury in the second set and conceded the match. The tie was forfeited with Thiem leading 7-6, 6-3.

World No.5 Russian Daniil Medvedev, seen as one of top contenders for the title, cruised into the second round with a 6-1, 6-2, 6-4 win over Argentine Federico Delbonis.

In another keenly watched Round-1 tie, 39th-seeded American Sloane Stephens posted a straight set win over Mihaela Buzarnescu of Romania.

Back from retirement, four-time Slam winning Belgian Kim Clijsters fell in the first round to Russian Ekaterina Alexandrova. Though she took the first set off her opponent, the Belgian lost the next two, eventually bowing out 6-3, 5-7, 1-6.

Reflecting on the game, Clijsters said, “That’s what I told myself at the start when I took this challenge on, was that it’s going to take a lot of hard work and losses. That’s part of it.”

World No. 7 Victoria Azarenka of Belarus will also open her campaign against Sofia Kenin of the US.