The Austrian and Russian posted straight set wins while the American had to come through a three-setter to progress to the quarters. 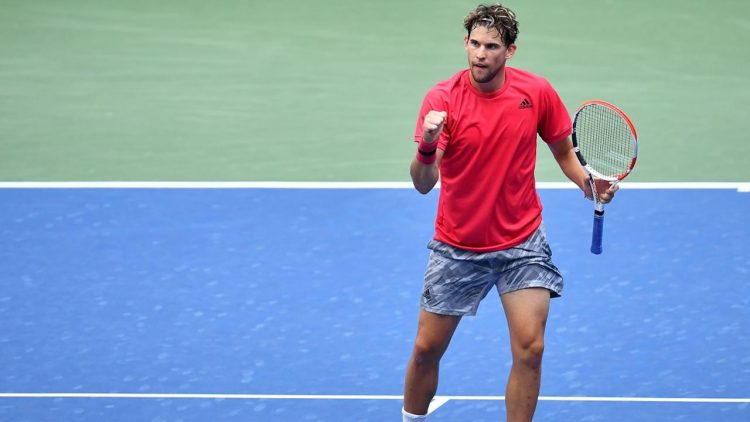 If Day 7 at the US Open was dominated by headlines around the sensational and ignominious exit of World No. 1 and top title contender Novak Djokovic, the focus was firmly back on tennis the day after.

With the Serb now out of the fray following his disqualification from the year’s last major for accidentally striking a female line judge with a tennis ball, it’s anybody’s tournament in the men’s end of the sketch.

And seeking to drive home the advantage, Austrian Dominic Thiem and Daniil Medvedev, who are among the remaining title favourites in the men’s draw, posted straight set wins over their fourth-round opponents on Monday.

The World No.3 Austrian was drawn to play 21st-ranked Canadian Felix-Auger Aliassime at the Arthur Ashe stadium. The Canadian, who pulled off the tournament’s first upset by showing the door to four-time Slam winning Briton Andy Murray, failed to reach similar heights on Monday as he went down 6-7, 1-6, 1-6 to the Austrian.

Known to possess one of the most powerful forehands in the game, Aliassime came up short against the all-round skills of the Austrian. Seeded No. 2 in the tournament, Thiem will play speedy Australian Alex de Minaur in the last-eight. The 28th-ranked Australian ran out a comfortable 7-6, 6-3, 6-2 winner against 94th-ranked Canadian Vasek Pospisil at the Louis Armstrong stadium. The Canadian had earlier conjured an upset win over compatriot Milos Raonic.

The 21-year-old Australian saved four straight set points in the opening set tie-break, before sprinting to a win against the Canadian.

In another last-16 encounter at the Arthur Ashe, 82nd-ranked American Frances Tiafoe was simply no match for the World No.5 Russian as he was swatted 4-6, 1-6, 0-6.

In women’s fourth-round action, 23-time Slam champion Serena Williams came through a tough three-setter against 22nd-Greek Maria Sakkari. The 38-year-old won the first set 6-3 before the Greek came back strongly to take the closely-fought second set 7-6. The American then brought her experience and superior skill-sets into play, taking the final set 6-3. The two met earlier in the Western & Southern Open, the tune-up event to the year’s last major, where also the Greek took a set off the American.

In more women’s action, Tsvetana Prironkova of Bulgaria upset 56th-ranked Frenchwoman Alize Cornet 6-4, 6-7, 6-3. After losing the first set, the Frenchwoman mounted a strong comeback, taking the second 7-6. However, she couldn’t match the hunger and determination of her opponent in the final set as the Bulgarian progressed to the last-8.

27th-ranked Belarussian Victoria Azarenka also survived a tough three-setter against Carolina Muchova of the Czech Republic. The Czech took the opening set 7-5 before the experienced Belarussian roared back to win the next two 6-1, 6-4.

In another men’s last-16 battle, World No. 14 Russain Andrey Ruvlev scored an upset victory over 8th-ranked Matteo Berrettini of Italy. The Russain lost the opening set but came back to cruise through the next three, ensuring his passage to the last-8.

Meanwhile, Djokovic posted a message on social media urging his fans not to troll or target the lineswoman who has been facing a backlash since his exit from the major. The Serb said the lineswoman did nothing wrong and needs the tennis community to stand with her at this time.

The World No.1 wrote, “Dear #NoleFam thank you for your positive messages. Please do remember the linesperson that was hit by the ball last night needs our community’s support too. She’s done nothing wrong at all. I ask you to stay especially supportive and caring to her during this time.”