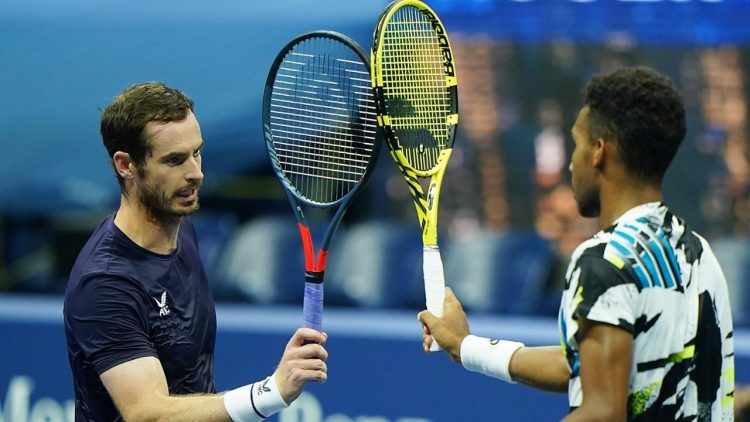 Day 4 at the US Open 2020 turned out to be another day of upsets. If Day 3 saw women’s top seed Karolina Pliskova bowing out in straight sets to French 50th seed Caroline Garcia, it was curtains for four-time Slam champion Andy Murray the day after.

The 33-year-old Scot had been eyeing a good run in the Grand Slam to put his injury-plagued career back on the rails. He looked to be making a determined stab at it after surviving a gruelling and pulse-racing five-setter in the first out. However, the trademark grit that helped him work his way to a win from two sets down in Round 1, seemed to have escaped him at the famed Arthur Ashe arena on Thursday as he went down in straight sets to 21st-ranked Canadian Felix Auger-Aliassime.

The nerve-jangling comeback win in Round 1 seemed to have sapped every ounce of that characteristic doggedness and never-say-die spirit out of his system, as the Scot lost 6-2, 6-3, 6-4, an untimely and tame end to what had the makings of a grand fairytale.

Speaking courtside after the win, Murray seemed to have made peace with his second round exit, saying, “I feel a little bit calmer than maybe I did in my past about my tennis and how important tennis is in my life. It’s still extremely important, but it’s not the most important thing.”

In another second round upset, Canadian 19th seed Milos Raonic lost in four sets to compatriot Vasek Pospisil. Although Raonic took the closely-fought first set, the 94th-seed stormed back to bag the next three, eventually winning 6-7, 6-3, 7-6, 6-3.

Belarussian Victoria Azarenka went down to compatriot Aryna Sabalenka 6-1, 6-3, becoming yet another known face in the Slam circuit to exit the tournament on the day.

In other results, Slam queen Serena Williams took another step towards her 24th Slam title, screaming past Russian Margarita Gasparyan 6-2, 6-4 to make the third round. Asked to comment on American music producer and singer Jay Z, who was seen cheering Serena on from her box along with his crooner wife Beyonce, the 8th seed said, “It’s always good to have Beyonce and Jay in the box.”

However, in a piece of bad, though not entirely unexpected, news for Indian tennis fans, Haryana boy Sumit Nagal failed in his bid to be the first from his country to make round 2 of US Open, as he was beaten in straight sets by Austrian title-favourite Dominic Thiem. The World No. 3 Austrian got himself the perfect birthday gift as he saw off the promising Indian 6-3, 6-3, 6-2.

World No. 5 Russian Daniil Medvedev, who is also among the title-contenders, came through in straight sets against Chistopher O’ Connell of Australia in another second-round encounter.

Day 5 will see the likes of former champions Naomi Osaka and Angelique Kerber in salivating third-round contests. While the Japanese will take on Ukrainian Marta Kostyuk at the Arthur Ashe stadium, the German will be up against Ann Li of the US at the Louis Armstrong stadium.

It remains to be seen if another absorbing day of tennis adds to the list of big-name exits.