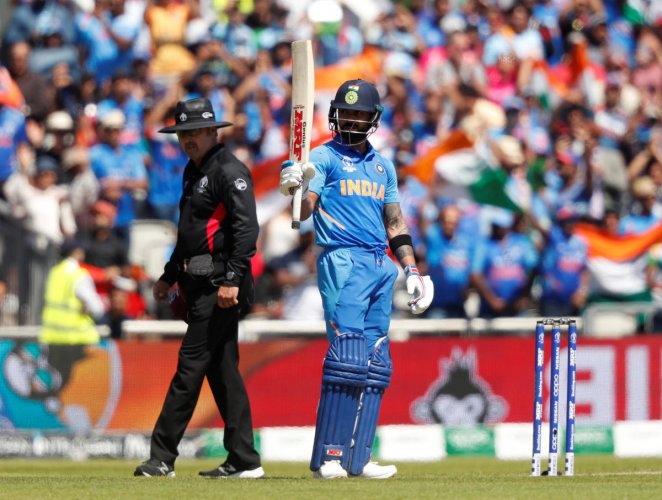 He reached this milestone today during Indian innings against West Indies at Old Trafford. In the due course, surpassed Sachin Tendulkar and Brian Lara in terms of innings numbers to reach the mark.

The Indian captain was 37 runs short from 20000 international runs when he walked in to bat for India against the Windies. Virat Kohli had 18 963 runs in international cricket before the innings.

So he added the required runs to his kitty and achieved the landmark to become the quickest to do so. He took just 417 innings to reach the milestone and in doing so he surpassed the joint toppers Tendulkar and Lara in this list.

Sachin Tendulkar and Brian Lara, both took 453 innings each to achieve the same feat while Ricky Ponting got required 468 innings. Overall he is the 12th batsman and the third Indian to record this achievement.

Virat Kohli, arguably the best one day batsman of this era is expectedly leading his team batting in World Cup 2019.

He even became the fastest batsman to score 11000 ODI runs during his knock against Pakistan at Old Trafford in this World Cup. The way Kohli is playing, by the end of World Cup he is expected to break more records and make some as well.

Even this match against West Indies saw him finally scoring 72 runs and took the major responsibility of setting a decent target for the Windies.

The pressure was on him as India lost an early wicket of Rohit Sharma. The captain came, saw and conquered, yet again! He produced a Man-of-the-Match performance to pull it off for his country. And India remain undefeated in this World Cup till now!