Virat Kohli to bat at No 4: A solution to Dhawan-Rahul debate?

Virat Kohli's decision to bat at No. 4 could be a blessing in disguise | Image Source: www.hdnicewallpapers.com

The most crucial stands in the Indian Cricket history have been for the 5th wicket and the batsman at No. 4 position is required to play an important role in it. For quite some time, India’s No. 4 position was under the protection of left-hand all-rounder Yuvraj Singh. The batsman has been a part of some-record breaking stands for the 5th as well as the 6th wicket and was decisive in India’s triumph in the two World Cups.

For some time, the position has not had a player who could really own the position and stabilize the innings altogether. While one may argue that Shreyas Iyer has been in a good form and can play the role of the No. 4 India requires for some time, but the truth is that the player is inexperienced and still needs to play more cricket before assuring his position as the vital No. 4 for the country. At this time, India needs a batsman who’s skilled in the craft to bat in the position and currently, there’s no one better than the skipper himself to come out and play at No. 4.

While many may argue that the star batsman who has scored more than 8000 runs in his career at No. 3 position would be a big risk for him, but the truth is that no one stands a better chance than Kohli to handle the innings at the No. 4 position if things go south. The team has tried and experimented with a variety of batsmen at this position, but the selectors haven’t found a perfect No. 4. The experiment has seen Manish Pandey, Ajinkya Rahane, KL Rahul, Dinesh Karthik, Ambati Rayudu, Manish Pandey and more recently Shreyas Iyer bat at the position.

The consistency was lacking amongst the players at that position and the team hasn’t found a remedial solution to the problem. The team’s ex-captain MS Dhoni has himself tried playing at No. 4, and let’s admit it hasn’t been a wonderful journey for the wicketkeeper-batsman. Playing Kohli at No. 4 seems to be the ideal solution for all this mess as the player has scored some brilliant knocks playing at the position. It is always believed that the team’s best batsman should bat at No. 3 and for many years Kohli has ruled the position, so this shift could be a questionable decision by the skipper.

Virat Kohli’s record will indeed be affected by this shift in the position, but this will help the team’s overall performance and India will finally get an anchor batsman for the position, who can chase monumental targets and create one too. Virat Kohli is considered to be one of the finest match-finishers of Indian Cricket, and a batsman that versatile and aggressive can adapt himself to the position and make it his own.

Virat Kohli has batted for India at No. 4 position and the stats speak for themselves. His most successful changes for India during non-captaincy days have been recorded when ‘King Kohli’ batted at No. 4. Of the 37 innings, Kohli has played at No. 4, he has scored 1744 runs at an average of 58.13. He has scored 7 centuries and 8 half-centuries and his stats are pretty impressive for a batsman batting at No. 4.

Kohli at No 4: A solution to Dhawan-Rahul debate

In today’s match against Australia, the captain has decided to shift himself to No. 4 and play the trio of Rohit Sharma, Shikhar Dhawan, and KL Rahul. KL is all set to establish himself as the next big thing in the  Indian cricket and No. 3 position will be ideal for the batsman. Virat Kohli will come down the order and this doesn’t change much for the captain as he is used to stepping on the field after a celebrated innings by either of the three.

Virat Kohli was up for the challenge and made it pretty clear yesterday at the press conference that he could bat at No. 4 position in the first ODI. Kohli is a confident batsman and doesn’t need any approval of a position to judge him for his worth. He said, “I’ve batted a lot of times at No 4, so I don’t necessarily need to try it out because I’ve done that a lot of times in the past. My games don’t change from No. 3 to No. 4 because the template is quite similar. In any given situation, I back myself to play the game that I know. If the team wants it at any stage, I’m more than happy to do it.” And today’s lineup cleared all the speculation around his batting position when KL Rahul came to bat at No. 3 after Sharma’s dismissal.

Virat Kohli was quite expressive about his role as the captain of the Indian cricket team and said, “Being the captain of the team, it is my job to make sure that the next lot is also ready. A lot of the other people might not look at it that way, but your job as a captain is not only to look after the team right now but also to prepare a team that you leave behind when you eventually pass it onto someone else.” 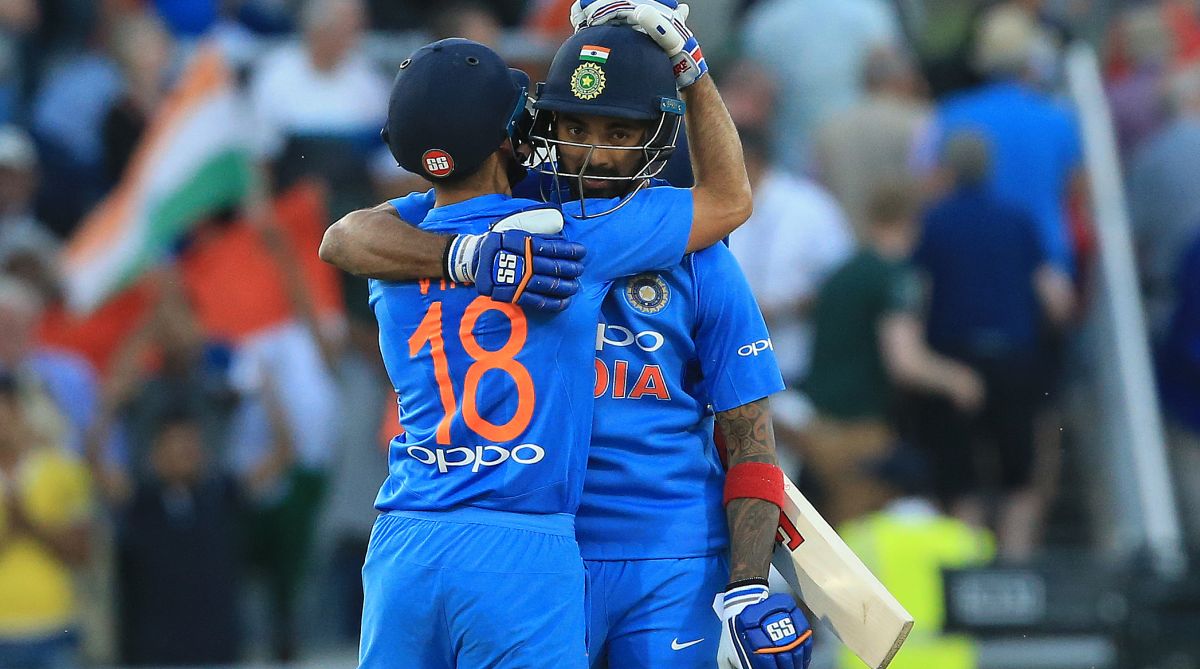 If Kohli continues to bat at No. 4, it will be a great solution to the problem that India has had for quite some time now. Virat will get a challenge to face and Team India’s batting line-up will be stronger than ever. KL Rahul has been in exceptional form and is capable of justifying the No. 3 position if the captain decides to step down the order. We don’t know if it’s a thing in Indian cricket or a blessing; Whenever a captain has decided to sacrifice his position and step down the order, the Indian team has had a huge success. Be it in the case of Ganguly making way for Sehwag or Dhoni stepping down the order at No. 6 to strengthen the lower middle-order.

Today’s match will be crucial for Virat Kohli as a captain and batsman both. The numbers of today’s match will decide the fate of the No. 4 position and whether or not Kohli is the right man for the position.

What do you think? Should Kohli step down to No. 4 to make way for KL Rahul or should he continue batting at No. 4?