Dottin rounded up her year with a fantastic, much-needed 132 vs Pak, a career-best knock! 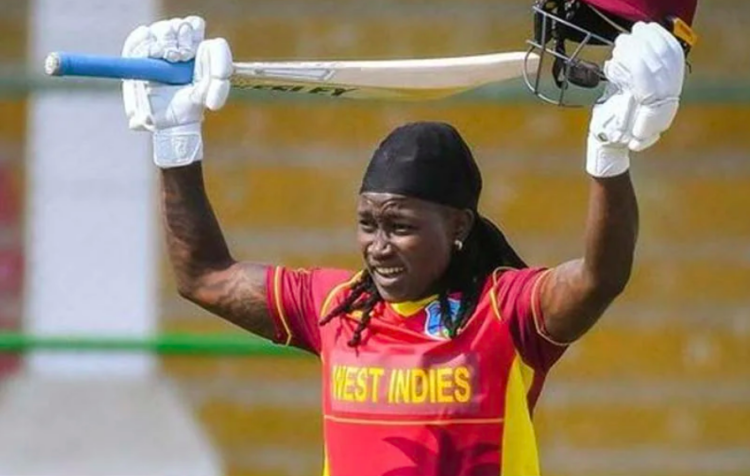 They say, the key to success in sport is to be mentally strong. But just what do you do to confront moments that challenge you in the mind.

Very often, it’s the body that takes the hit but it’s the mind that feels the blow. How is that? Ask Deandra Dottin of 2019, not the one you saw return from what was a laborious, constructive and eventually, pleasing tour to the sub-continent in Pakistan.

In 2019, then still a 28-year-old, Deandra Dottin suffered what was clearly her most physically audacious challenge of her cricketing journey.

Hers is a journey that is still building you must remember and given her brutal powers, is perhaps still peaking further.

In 2019, the Deandra Dottin we are accustomed to seeing make lightwork of the bowlers was back home in the Caribbean and tied to a bed, where she’d lay in anguish for hours together because of her condition.

Having undergone an onerous shoulder reconstruction surgery, Dottin, perhaps the hardest hitter of the white ball alongside Alyssa Healy, Chloe Tryon and Sophie Devine, was waiting to get better.

The months spent on the pitch are like school holidays, it could be said. You don’t want them to end. The ones, however, spent in recovery mode, amid rehabilitation are the hardest to cover.

They just don’t seem to end.

And perhaps it’s only fair to say her Pakistani opponents in the sub-continent got a similar feeling- one associated with having been administered a painful dose- as Dottin went big recently.

In smashing Fatima Sana, Kainat Imtiaz, Aliya Riaz, and their likes for a glorious second ODI century, Deandra Dottin was her true self.

And in doing so, in clubbing a famous ODI ton at a strike rate of over 90, one of Windies Cricket’s enduring enigmas went back into being the person she’s always been in front of the wicket.

A batter who’d waste no chance, whatsoever, in letting go of a scoring opportunity; a cricketer who likes the ball to come to the bat only so it could disappear into the crowds.

For this is what happened when Deandra Dottin struck, actually thudded a potent Pakistani attack for 18 fours on way to her 132 (that came off 146).

In midst of the pitch there was a nervy struggle as Windies Women vs Pakistan Women soon became at the back of the Barbadian’s brave batting, Deandra Dottin taking on Pakistan alone.

A great way to measure the worth of an opener is to note the duration for which one stays out in the middle.

That Dottin stayed put for nearly 47 overs on the trot said a thing or two about her fitness and stamina and above all, the hunger to succeed.

Gone were the days of being hunted by the injury for here she was, an unassuming basher of the cricket ball gladly injuring Pakistan’s bowlers’ eco rates.

Not an awful lot changed for Dottin in another game in the 3-match series though as a careful 34 off 50 would again come in handy and lay the initial flooring for the West Indians to walk on.

For someone who, at best, looked as a modestly successful medium pacer in the 2020 World T20, where in her good friend Stafanie’s sudden absence the team came crashing, Deandra Dottin has fought back.

And she’s fought on beautifully too! Always with an instinct to score, leaving no challenge unattended to rally around her West Indies!