Dravid as coach, Kane being back, the pressure on India with there being no Kohli, pressure on 'Jinx' & more? 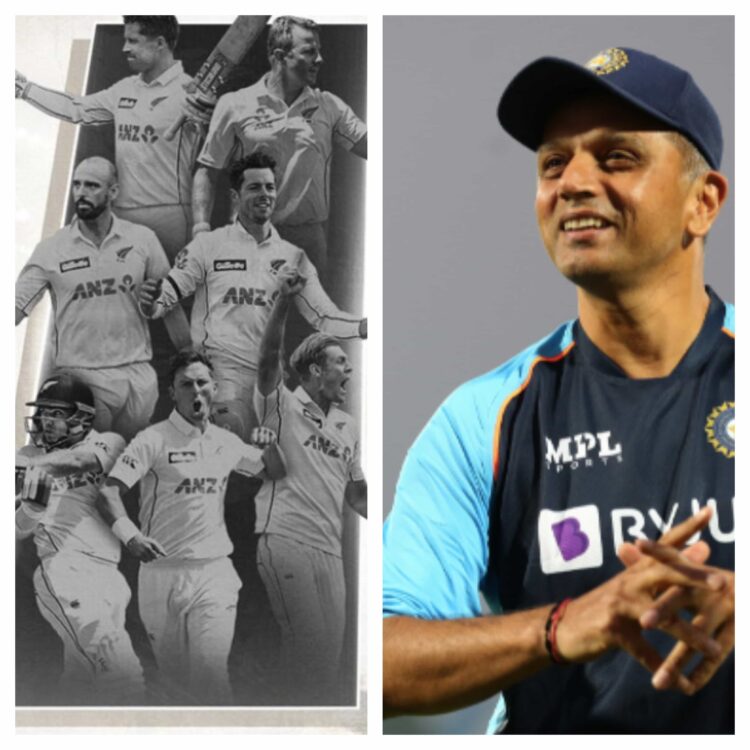 Virat Kohli isn’t playing. But his is a break, a much-needed one. One can’t do a lot. KL Rahul isn’t playing too, but that’s down to an injury for which he was instantly ruled out. Tough luck. Rohit, the batting behemoth that he is, is growing each passing day in Test Cricket. The truth.

Besides, Shreyas Iyer is in. Mighty good news. But the ones that already are- Pujara and Rahane- are searching for long lost runs. The onus is on them to do more than survive; take back control of their careers that if not attended urgently, will spiral out of control.

On the 0ther hand, Kane is back and is going to ably lift New Zealand’s spirits after a not so mellow 3-nil whacking that their counterparts delivered with seemingly unflappable ease in the T20Is.

The visitors haven’t beaten India ever in the past decade of their visits here for Tests.

In 2012, India defeated New Zealand in both Tests. In 2016, India thrashed them, this time in all three Tests.

Then, another series was conducted in 2017.

In 2017, there were contests, but none involving Tests. All this time, one man kept watching the proceedings quietly and gently that he so often does, albeit with the added frustration that he could do ever so little.

In 2012, he came to India under Test captain Ross Taylor. A few years later, he was the captain of a sinking Kiwi ship here in the beating heart of the sub-continent. Ever so aware of the possibilities of achieving zenith by beating Team India over the five dayers; but will it happen?

Except it was never to be.

This time around, Kane Williamson has got Young, Blundell, and Latham around. So is the evergreen Ross Taylor. That’s nearly 7,600 Test runs with 19 centuries against the name of a giant.

Then there’s the one and only Tim Southee, the man whose career has only inched northward one series after another. In him stands a tall order of 314 Test scalps. The man who tries- and painstakingly so- over after over, session after session without losing the guts and the pride in serving the country that plays Cricket with a ‘new zeal’ almost always.

But the recent past surrounding New Zealand versus India wearing the Test whites hasn’t been that bad.

They hammered India in England in the World Test Championships final.

Some on social media, and you know who- the meme makers, trollers, constant debaters- would’ve cited that revenge was taken for all the years of being hammered by Indians in their country.

But with New Zealand it’s anything but revenge.

No other team perhaps at this point in time epitomises the famous quote India’s very coach is so widely known for other than the Kiwis: “You don’t play for revenge; you play for pride.”

Which is exactly what the likes of Rahane and Pujara- 11,250 Test runs among them- will look to focus on.

Both great batsmen. Both aware of the changing vagaries of time and the unquestionable truth that mustn’t be undermined that they can both be staring at the end of their careers if the runs don’t come for where it stands, then plenty of talent already is. It’s coming all the time through the ranks.

India are already off to a fine start. Gill’s in there too. So are the Kiwis, back with a purpose and realisation that no matter how heartwarming a brand of cricket they play and over the course of the last few years, they’ve unquestionably played that, what can’t be denied is their hapless Test run in India.

Zero wins from the onset of 2012 Test meets in India.

But all of that could change in the right knick of time. The occasion is there. It’s a new start. It’s a brand new day.

Off we go! Cricket in its purest form involving two pure powers of the game- one ever so pronounced, the other, ever so understated- is on again!