What’s next for Philippe Coutinho? 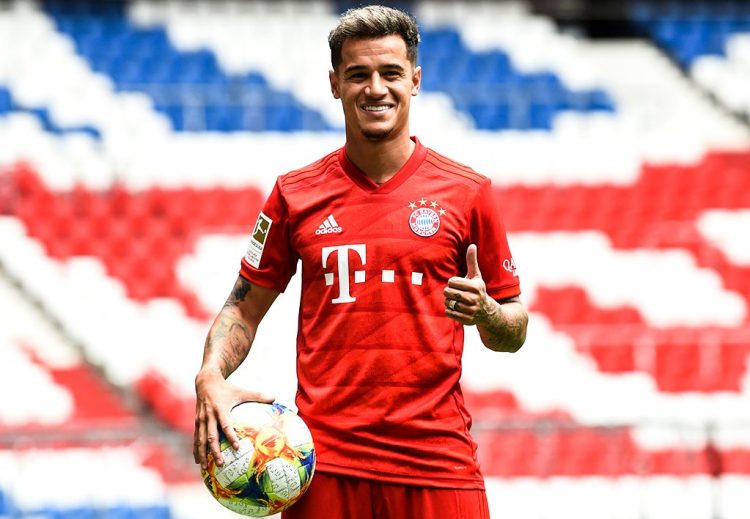 Where will Philippe Coutinho play next season? (Image Credits: Twitter)

Two and a half years ago, when Barcelona lured Philippe Coutinho away from Liverpool, the Blaugrana braced themselves for a stellar Brazilian masterclass.

After Neymar’s departure, the Camp Nou outfit really needed some inspiration in the middle of the park, and Coutinho, at the time, seemed like the most viable alternative.

The young midfielder had already established himself as a prominent superstar in the highly-physical English Premier League and was expected to have an easier time adjusting to a far more “technical” league.

He moved to Barcelona in the winter of 2018 and missed the first three games with a hamstring injury. He scored his first and only hat-trick for Barcelona in a 5-4 defeat to Levante. And finally, sat out in Barcelona’s humiliating Champions League quarter-final defeat to Roma due to ineligibility.

The next season, he saw his game time reduced quite significantly. Forced to play out of position more often than not, he failed to make the impact he should have and ended the domestic campaign with only five goals and two assists in 33 appearances.

To make matters worse, Barcelona were once again utterly humiliated in the Champions League, this time by Philippe Coutinho’s former team, Liverpool. At the end of yet another underwhelming campaign, Barcelona decided to loan him to Bundesliga holders Bayern Munich.

At Bayern, Philippe Coutinho finally started showing glimpses of the player Barcelona paid the big bucks for. He wasn’t Bayern’s most important player by any means, but he was still a valuable contributor.

Ironically, the highest point of his Bayern Munich loan spell came against his parent club, Barcelona. The midfielder came off the bench late in the 8-2 defeat of Barcelona and promptly added two goals to his tally.

He concluded his Bayern loan spell with a treble, 11 goals, and nine assists in 38 appearances across all competitions.

The Champions League winners had the option to exercise Philippe Coutinho’s buyout clause and make the move permanent. Unfortunately, Bayern didn’t find the option viable and passed it on. So, as things stand, Coutinho is back at Barcelona and staring down the barrel of an uncertain campaign.

Where will Philippe Coutinho play next season?

Philippe Coutinho, at his best, is one of the most versatile players money can buy. However, given his disappointing run at the club and the Blaugrana’s horrendous financial state, we’re not sure how things would shape up for the Brazil international.

Club captain, Lionel Messi, was reportedly on the verge of leaving his boyhood club. A week of controversy later, the matter seems to have simmered down, and the Argentine looks set to extend his stay at the club; at least for one more year.

For Coutinho, Messi’s prolonged stay could make matters more complicated. The former Liverpool man prefers to play either on the right-wing or on top of the midfield triangle. Neither option would be quite so open if Messi chooses to stay.

He also is quite capable on the left-wing. But here, too, Barcelona are likely to go for a more exciting young talent — Ansu Fati. The teenager has already emerged as a club favourite and is set to enjoy a fruitful second season at the club.

Barcelona’s dire financials can make way for another loan move for Philippe Coutinho. At this point, Premier League giants, Arsenal, seem to be the only big team interested in his services, but we are a long way from getting official confirmation.

Additionally, Barcelona could look to include a mandatory purchase option the next time they send Coutinho on loan. And Arsenal, despite their alleged interest in the player, could rethink before committing to the deal.