Why Daniel Ricciardo is so vital to Renault?

Ricciardo's contract with Renault is all set to expire at the end of 2020. So what's next for the Aussie? 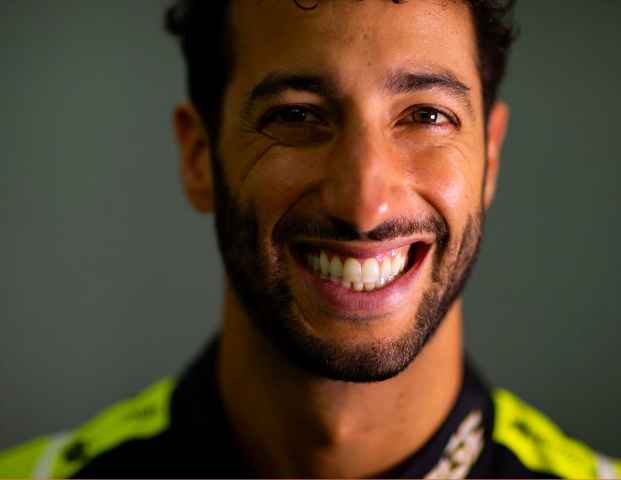 If you happen to ask any avid Formula 1 fan to describe Daniel Ricciardo, then a list of interesting adjectives may arrest your attention.

He’s the man with the most heartening smile in a world where it can get very serious on any given lap.

In the high-speed game of fast drives and mad overtakes, Ricciardo is a man with mastery in late-braking.

Some might call him a bloke with superior car control. Others might call him a driver with a penchant to pull the most breathtaking moves. Remember the win at Canada 2014? Can you forget the overtakes in China, 2017?

Probably, he’s the only guy alongside Raikkonen whose win puts forth a smile onto any fan, regardless of one’s loyalty to a Mercedes, Ferrari, Renault, McLaren, or any other outcome.

In a sport where ego hassles are about as hard to negotiate as tense media pressers, Ricciardo neutralizes the fan and teams, hated by none and liked by all.

But all put together when Daniel Ricciardo swapped a five-year stint with Red Bull to opt for Renault, starting 2019, he brought forth a combination of the aforementioned virtues; superior race craft and a great experience to make it count for the French constructor.

And while 2019 was not sensational by his standards, it wasn’t the worst season too, truth be told.

For a team that from the onset of 2017 had been steadily improving yet searching for firm dependability, the pairing of the experienced Hulkenberg with the refreshing Ricciardo meant Renault had a stable alliance finally.

And while the start to the 2019 season was anything but desirable for the Perth-born driver, who took 3 Grands Prix to open his account, what was upsetting, was that the season-opener at Australia, a home race for him, transpired into a DNF.

Yet, not a guy who would rue lost chances, the ever-smiling assassin soon made it count courtesy a P6 at China, F1’s 1000th Grand Prix outing.

Yet, at the end of the season, 21 Grands Prix later, it certainly didn’t cut a lame figure for Renault who amassed 91 points. But implicit in these points was their new man’s contribution.

That Daniel Ricciardo gathered 54 of those 95 points meant that a newcomer donning the bright yellows had gathered the lion’s share of points for an outfit that so needed him to perform.

In all honesty, apart from the discontent courtesy drives at Australia, Austria, Spain, France, and Bahrain, Daniel Ricciardo reciprocated the faith that the Cyril Abiteboul-outfit posed in him.

The importance of Monza’s drive in 2019

We cannot possibly forget that stellar drive at Monza, where a hard-fought P4 earned Renault 12 valuable points, a facet that saw him outdo Hulkenberg, whose best came in the very contest courtesy that P5.

That Ricciardo qualified fifth, just behind the Ferraris and Mercs was a stern warning to the other feisty midfielders- most noticeably McLaren and Alfa Romeo that this wasn’t the team to be messing with.

The very race that saw the best team result for Renault, courtesy 22 points, the most in the entirety of 2019, also saw Ricciardo stake a claim to the best-ever performance by a Renault driver from the start of the 2017 season.

Believe it or not, the furthest Nico Hulkenberg went during his 3-year Renault stint had been the drives at Germany 2018 and Monza 2019, where he claimed no more than a P5 on both occasions.

In that aspect, Ricciardo in his maiden season gathering a fourth-place finish meant that here was a driver who could not only upset the established norm but also better it in his own unique ways.

But with the 2020 season having been suspended until further notice, with many claiming that the first race of the season could not arrive before the Austrian Grand Prix, Ricciardo’s team are left with a mighty challenge.

What is to become of Abiteboul’s unit come 2021?

We know that Daniel Ricciardo had only signed a 2-year deal which was up for further extension, which, whether or not actually happens, is in the realm of the unknown.

So this clearly means that come the 2021 season, yes that very year with myriad new racing rules and Daniel Riccardo is a free agent.

He can pick and choose any team that gives him a further chance but at the same time, it would obviously lead Renault to fill in big boots.

While we are reeling with the massive discontent of having not had any Grand Prix racing whatsoever thus far, what we are also suffering from is this void at having not seen what might Daniel Ricciardo have achieved so far in the season.

Clearly, even if 10 races happen or at the most 14, we will still see something great hopefully. But sadly, it won’t ever be telling of all that Daniel Ricciardo could’ve gathered with his customary appetite to put up a great show.

All said and done, if it so happens that he’s let go of from 2021, his would be a rather brief romance with Renault, a team with which he could’ve done so much, a team that hardly got to see all he was capable of doing for them, in a bid to lift their fortunes as a capable and fighting force in the midfield.

The same way Norris has answered back for McLaren, the same way Raikkonen has raised the game for Alfa Romeo.

That said, this raises a big but pertinent question. Can Fernando Alonso, who’s yet to decide on his ‘possible’ F1 return mark a return? And if not, then will we see Nico Hulkenberg getting back into the yellow and black racing suit, or will it be someone else?

Where it stands at the moment, then F1 is still buzzing with the excitement of what might be.