To lodge a protest to FIA is fair & happens often. But the way Red Bull went about things was in poor taste! 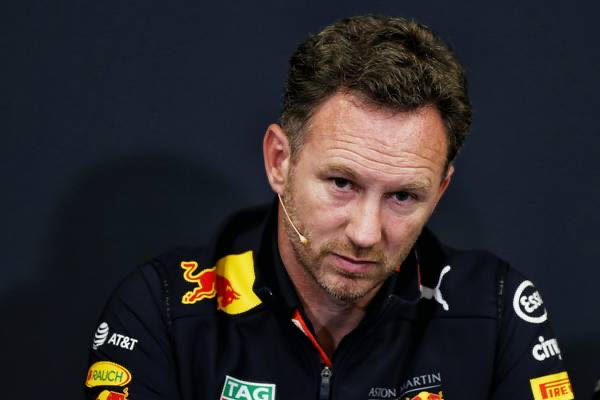 Every sport obviously has a winner and a loser. And to do both is difficult. While it takes great pains and challenges, which at times, can even be infinite, to win, at the same time, it takes great effort to endure a loss. One can be left crestfallen by a defeat. When you emerge victorious, the world turns into a bed of roses for you, showering praise and singing endless sermons.

But the same world seems a cruel place to be in the wake of a defeat. It’s precisely here that one must dive into some contemplation and not forget an unsaid rule, truly applicable to sports, among other human endeavours.

One mustn’t forget to lose gracefully when things don’t go according to a plan. Losing a race where you were assured of a win can be tough. Only you know how hard you tried to be the number 1. But the greats conquer heartbreaks and self-manufactured dejection (stemming from defeat) to move ahead. They don’t stay buried in the mishap, they pick the broken pieces and march on.

That’s exactly what Red Bull, who prior to Lap 1 of the 2021 British GP, had been doing in magnificent fashion all year.

Their main pretender to the throne in 2021, Max Verstappen, lost out on a chance to win at Baku, home to the Azerbaijan Grand Prix and yet, they made no fuss about it. Some would say probably because their other driver, Sergio Perez, stepped up the gas and stood tall on the podium when Max crashed out. Or better yet, it didn’t cause any dismay since Lewis Hamilton, on that crazy afternoon, was as far from the top three as is Baku itself from Antarctica.

But then came the British Grand Prix, after two rounds of magnificent hammering of ‘Hammertime’ at Austria, which is where Red Bull fell from a position of authority- on both track and (in) conduct- to a state of desperation.

Something made much worse by the approach they opted for to protest Lewis Hamilton’s penalty to the venerable FIA.

So much so that the team that was making headlines this year for having turned the tables on Mercedes, in its demonstration of an iron-fisted dominance in Formula 1, seemingly lost the formula to keep their wits about themselves.

What happened at Copse, Lap 1 cannot be overturned. It’s a thing of the past. To move on would’ve made much sense. Even more so since Hamilton, the driver guilty of crashing into Verstappen, his arch-rival and possibly a would-be nemesis that race (having taken pole), had been penalised.

Frankly, a 10-second penalty wasn’t that lame where it comes to penalisation. To a sport measured to a thousandth of a second, being motionless for ten seconds can be frustrating. Actually as frustrating as being Horner or Marko and seeing their pole-sitter Verstappen crashing out.

Yet, even then, the choice, it ought to be remembered, always rested with Red Bull’s senior management- Christian Horner and Helmut Marko to respond to the situation.

At all times, must we remember, their frustration and angst were justified. After all, Max was leading and had the nose of his car ahead of Hamilton’s, which is when things turned around for the bad. And lest it is forgotten, Max’s crash was a heart-stopping one.

In a sport where one is crippled in the absence of speed, it’s driver’s safety that matters more than anything. Had the great Niki Lauda been there, he’d have quite simply ranted about the vagueness with which one professes the need to win at the expense of one’s own life.

Yet, it’s the response to Hamilton’s penalisation and their subsequent protest later on that saw Red Bull court headlines they’d themselves have disapproved of, let’s be frank, if Mercedes had done exactly that to them in the advent of Hamilton crashing out and Max emerging the winner.

To dive into F1 history, when Alonso was involved in Piquet Jr.’s deliberate crash, it helped no one in that even the sight of a titan like Alonso winning didn’t please everyone. It did nothing to improve F1’s fortunes or build its fanbase.

Not that the die-hard Max Verstappen or Red Bull fans would approve of it, but Mercedes’s hurt wasn’t hard to gauge, the team, in an official statement, hoping that the fashion in which Red Bull tarnished Lewis’ image and all the good work he’s done in the sport, which was uncalled for, would (finally) end now.

It’s precisely for this reason that where it comes to Hungaroring, it’ll be Red Bull who’ll find themselves under pressure.

Should they lose, which is a possibility, since anything can happen in F1, they’ll be mocked at and Mercedes will feel jubilant, even more so since they will prove the crash-marred Silverstone saga wasn’t a flash in the pan moment.

But if Red Bull win, will they even feel vindicated? Will the sport rejoice? Will Hamilton fans who are critical of Verstappen develop any modicum of respect for a temperamental maverick of the sport?

Interestingly, one’s not sure how many would stand in admiration to cheer for a team that compromised grace and fairness when they had the option to deploy those values even whilst protesting against Mercedes and Hamilton.

Hungaroring, going by recent evidence, is Lewis Hamilton’s playground. He’s won here on a record eight occasions, and another win will not only take him to score a ninth, a world record, but more importantly, a century of wins.

On the other hand, Max has never won here, and will hope to bounce back in the most sterling way.

Either ways, there’ll be pressure, especially given that the 70-lap contest at the 4.3 km track will be held at a testing venue.

Yet, a thing must be said for certain. Regardless of who wins, it’s important to hope for a safe race and for a moment soon- not long- in the sport where Red Bull manage to regain the credibility they lost much to their own fault.